The April edition of the IAHR Newsletter includes three different reports on our legislative advocacy in Virginia and Maryland, along with a video of the special award that Natasha White, IAHR's director of community engagement, received from the National Association of Social Workers.

Of special interest is the section called Eight Myths About Mass Incarceration. Myths about the prevalence of private prisons, drug offenses, and what constitutes a violent crime are examined and debunked.

In April, the three Abrahamic faiths will be celebrating Ramadan, Passover, and Easter. Next week I will be sending out a special edition of the newsletter on these three holidays.

During the 2022 Virginia General Assembly, the Virginia Coalition on Solitary Confinement wrote and found sponsors for two pieces of legislation. SB108ended long term solitary confinement by limiting isolating incarcerated people to no more than 15 consecutive days within a 60 day period. Our Senate sponsor was Joe D. Morrissey who has been an effective advocate for ending prolonged isolation in Virginia Prisons.

On February 4, the Senate voted to pass SB108 by a vote of 21 to18. This was the second year in a row that the Virginia Senate voted to limit solitary confinement to no more than 15 consecutive days.

The work group shall make recommendations of its findings, including how to safely end the use of restorative housing that lasts longer than 14 days. The work group shall be composed of at least one licensed clinical psychologist, at least three formerly incarcerated individuals, each of whom was placed in restorative housing during his term of incarceration, and at least three representatives from each of the following agencies or groups: (i) the Department, (ii) the Department of Juvenile Justice, and (iii) the Virginia Coalition on Solitary Confinement.

The work group shall report its findings and recommendations to the Chairmen of the House Committee on Public Safety and the Senate Committee on Rehabilitation and 24 Social Services by December 1, 2022

While the Coalition strongly believes there is no need to commission another study of solitary confinement, we also took heart that the House of Delegates did not vote down SB108. Indeed, the Coalition has several new opportunities. By assuring representation in the work group, we will have some say in the final report that will go the Legislature. Moreover, we have another year to advocate on behalf of ending prolonged isolation (solitary confinement). During the rest of this year, we have an opportunity to build more support in key legislative districts for ending solitary.

Special shout out to David Smith, outgoing Coalition chairperson, who tirelessly advocated for SB108 in the Legislature and to Natasha White,Coalition Coordinator, for all her efforts to raise awareness of the issue at the Legislature and in different Virginia Communities.

IAHR welcomes McGennis Williams as the new chairperson of the Coalition. We wish McGennis much success!

Delegate Jazz Lewis (D.24th District) sponsored IAHR’s legislation, HB67, that would mandate the Department of Public Safety and Correctional Services to provide transitional services to anyone in solitary confinement six months prior to their release. IAHR has promoted the bill as safeguarding public safety as well as providing needed services to incarcerated people soon to be released.

On March 17, the bill was voted out by the House of Delegates Judiciary and was passed on the floor of the House the next day on March 18. The Senate Judicial Proceedings Committee held a hearing on the bill on March 30. At the hearing there was no opposition to the bill. IAHR is hopeful that the bill will be voted out by the Senate Judicial Proceedings Committee in the next few days. IAHR is hopeful that the Maryland Senate will pass the bill and send it to the Governor by the end of next week.

In February, IAHR introduced into the Virginia House of Delegates HB908 that would prohibit the use of attack dogs in Virginia State Prisons. The bill’s sponsor was Delegate Alfonso Lopez of Northern Virginia. IAHR arranged for a returning citizen, Linwood Mathias, who had been seriously mauled by a dog in prison, to speak at the hearing. Linwood has great difficulty walking and standing due to his being severely bitten by a dog. At the hearing, Linwood was only given two minutes to speak about the circumstances that led to his being attacked.

The Committee voted to lay the build on the table and come back to it at next year’s session. IAHR is hopeful that we can build more support for this important legislation during the rest of this year.

IAHR commends and is grateful to volunteer, Brian Hess, for writing the legislation, persuading Delegate Lopez to sponsor it, and for being such a strong advocate.

The National Association of Social Workers (NASW) recognizes leaders in the profession and in communities who fully embody social work values and ethics. Past award recipients have accomplished the extraordinary and NASW has been honored to recognize them.

At The Time is Right for Social Work 2022 Award Ceremony, Natasha White,IAHR's Director of Community Engagement, was awarded Public Citizen of the Year for being an individual who has gone above and beyond in her community. Here is the video of the presentation and Natasha’s acceptance speech.

Natasha also gave an extensive interview that was broadcast on PBS on a program called "The campaign to end solitary confinement in Virginia." 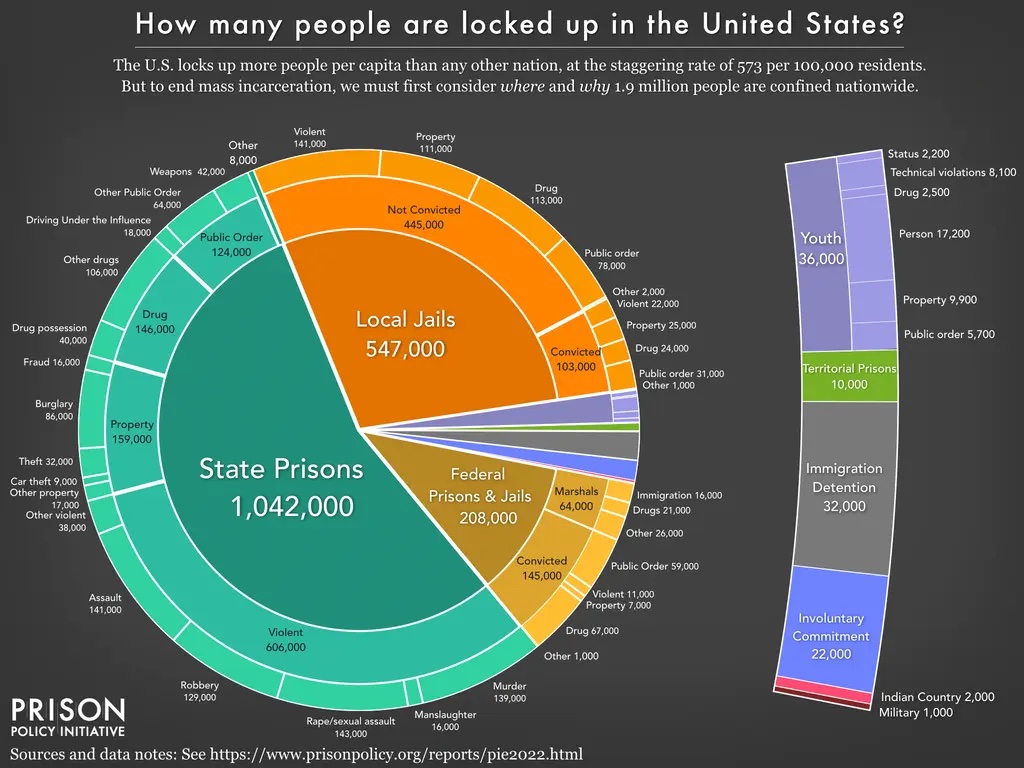 Can it really be true that most people in jail are legally innocent? How much of mass incarceration is a result of the war on drugs, or the profit motives of private prisons? How has the COVID-19 pandemic changed decisions about how people are punished when they break the law? These essential questions are harder to answer than you might expect. The various government agencies involved in the criminal legal system collect a lot of data, but very little is designed to help policymakers or the public understand what’s going on. As public support for criminal justice reform continues to build — and as the pandemic raises the stakes higher — it’s more important than ever that we get the facts straight and understand the big picture.

Further complicating matters is the fact that the U.S. doesn’t have one “criminal justice system;” instead, we have thousands of federal, state, local, and tribal systems. Together, these systems hold almost 2 million people in 1,566 state prisons, 102 federal prisons, 2,850 local jails, 1,510 juvenile correctional facilities, 186 immigration detention facilities, and 82 Indian country jails, as well as in military prisons, civil commitment centers, state psychiatric hospitals, and prisons in the U.S. territories.

This report offers some much-needed clarity by piecing together the data about this country’s disparate systems of confinement. It provides a detailed look at where and why people are locked up in the U.S., and dispels some modern myths to focus attention on the real drivers of mass incarceration and overlooked issues that call for reform.

The impact of COVID

Beyond the Pie: Community supervision, poverty, race, and gender

We pray for peace with justice for Ukraine!

May there be joyous and thoughtful celebrations of Ramadan, Passover, and Easter