IAHR'S May Newsletter presents information of two upcoming events: a presentation by Patrice Sulton, Director of the DC Justice Lab on "Criminal Justice in DC" and information about a play, "The BOX", that will be coming to Baltimore and Washington in August as part of the End of Isolation Tour. We also have information and links to our pen pal project. Finally, we have included an important article from the Prison Policy Initiative about state prisons.

Criminal Justice in the District of Columbia 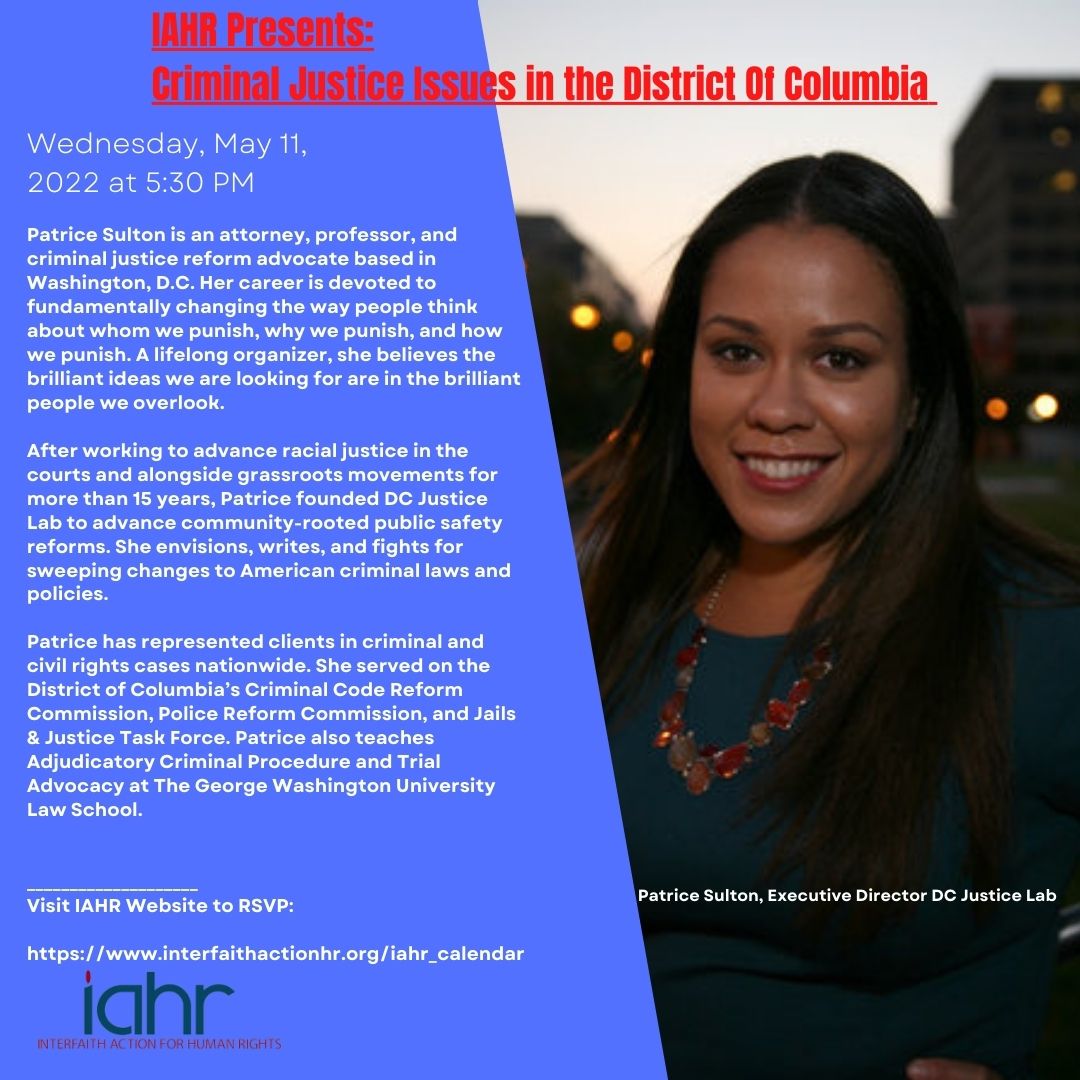 "The BOX" and the End of Isolation Tour is Coming to Baltimore and D.C.

August 17 and 18 in Baltimore at the Reginald Lewis Museum

August 20 and 21 in Washington DC at the Anacostia Playhouse 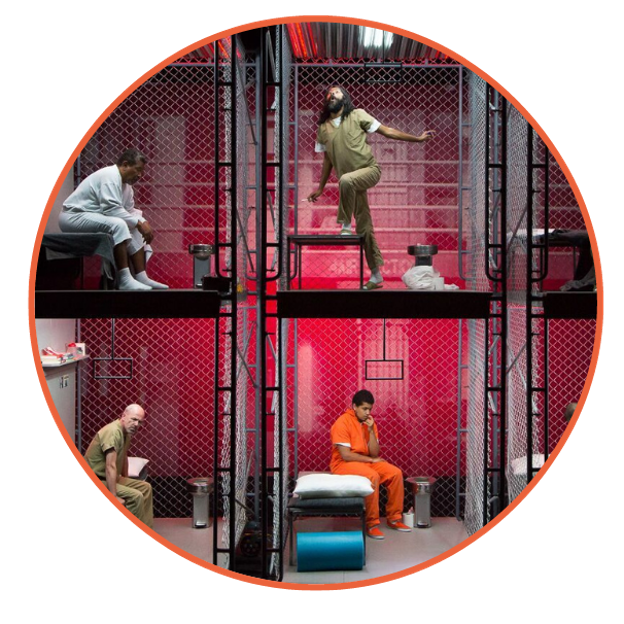 The End of Isolation Tour is a theatrical production touring the United States, using immersive theater to make an impact.

As a means to reach audiences to enact political change (legislative art) and to engage people to promote healing through drama and artistic ritual (therapeutic theater), the END OF ISOLATION Tour centers around a play, The BOX, which underscores both the horror of solitary confinement and the humanity of people subjected to it, employing stories inspired by true events to bring awareness to the state sponsored atrocities occurring in correctional institutions across the country.

The BOX is written and directed by Sarah Shourd, who was held in solitary confinement for over 400 days as a political prisoner in Iran. After discovering the prevalence of solitary confinement in the United States, she collaborated with other survivors and together they have brought this project to life.

Click here to view a short video (less than 5 minutes) about the End of Isolation Tour.

More information about tickets for performances will be forthcoming in the June and July IAHR newsletters. 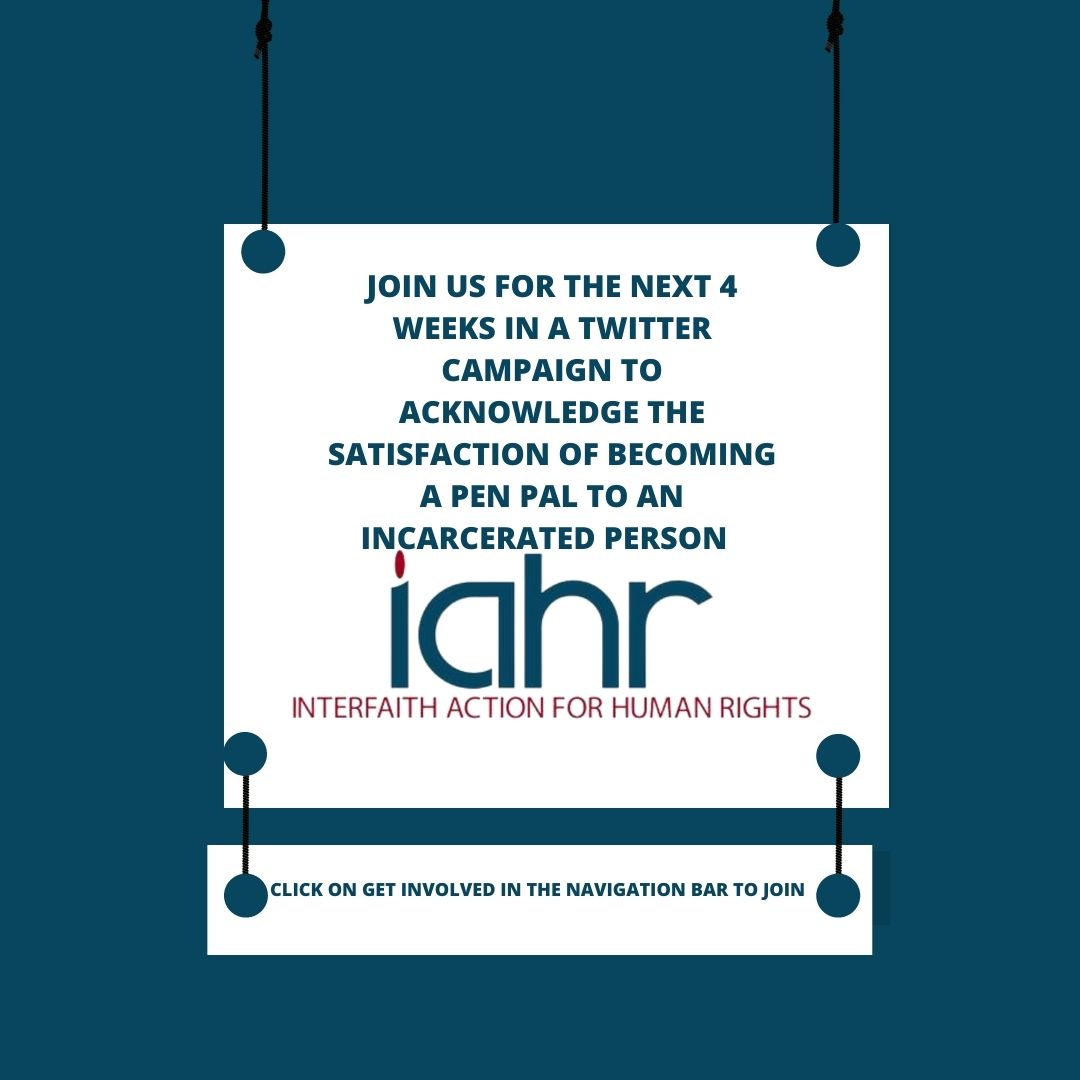 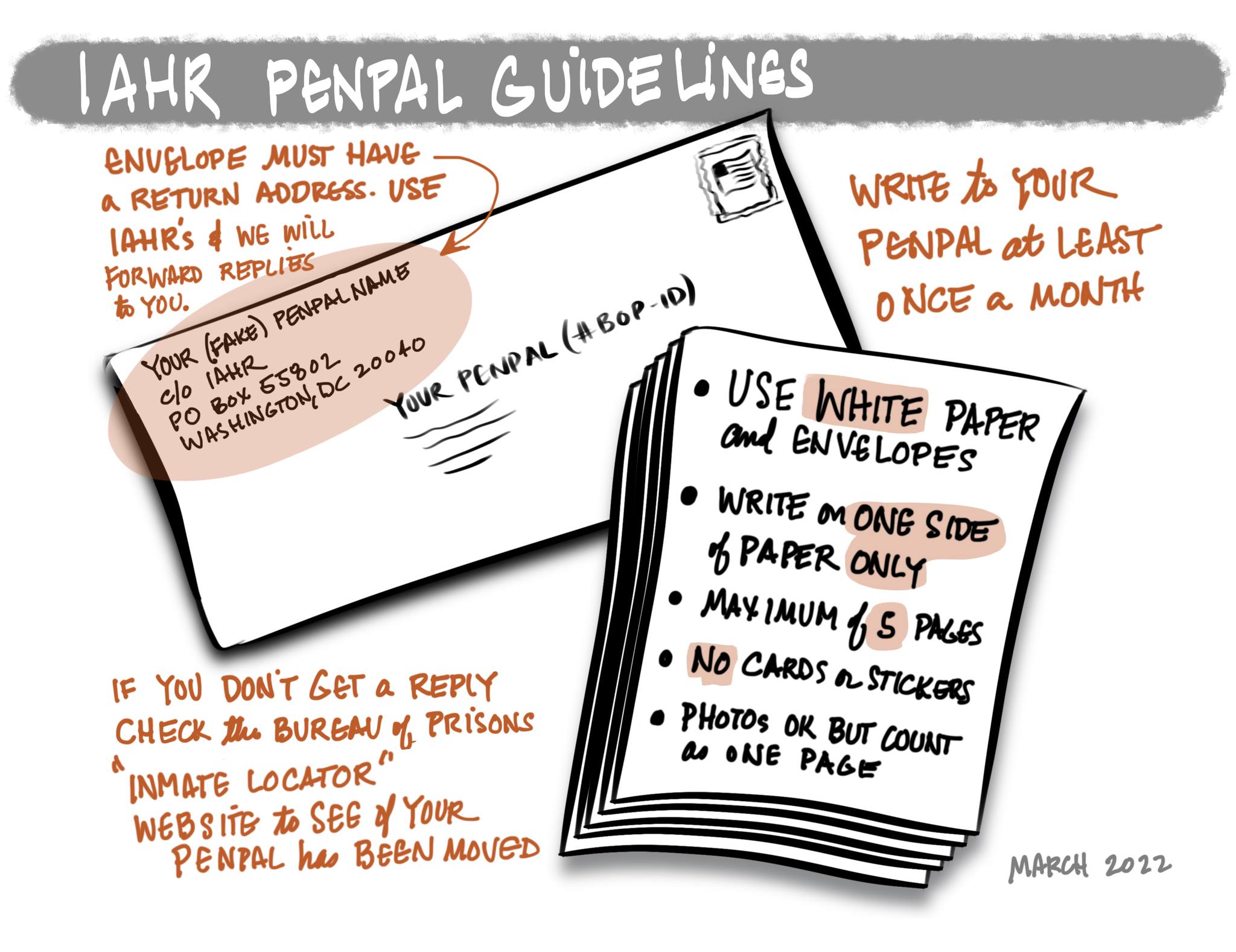 New report, Beyond the Count, uses demographic data to show the social disadvantage of people locked up in state prisons

People in prisons have endured disadvantage and poverty all the way back to childhood, the Prison Policy Initiative's new report shows.

This morning, the Prison Policy Initiative published Beyond the Count, a report that examines the most recent and comprehensive demographic data about people in state prisons and provides a groundbreaking view of the lives of incarcerated people before they were locked up. The report’s findings make clear that solving this country’s mass incarceration crisis will require policy changes that begin outside the prison walls and tackle the inequities and disadvantages incarcerated people face early in their lives.

The report analyzes data from the Bureau of Justice Statistics’ “Survey of Prison Inmates,” collected in 2016 and released in late 2020. The data show what many in the criminal justice reform movement already know: that the U.S. criminal justice system today locks up the least powerful people in society. Key takeaways include: 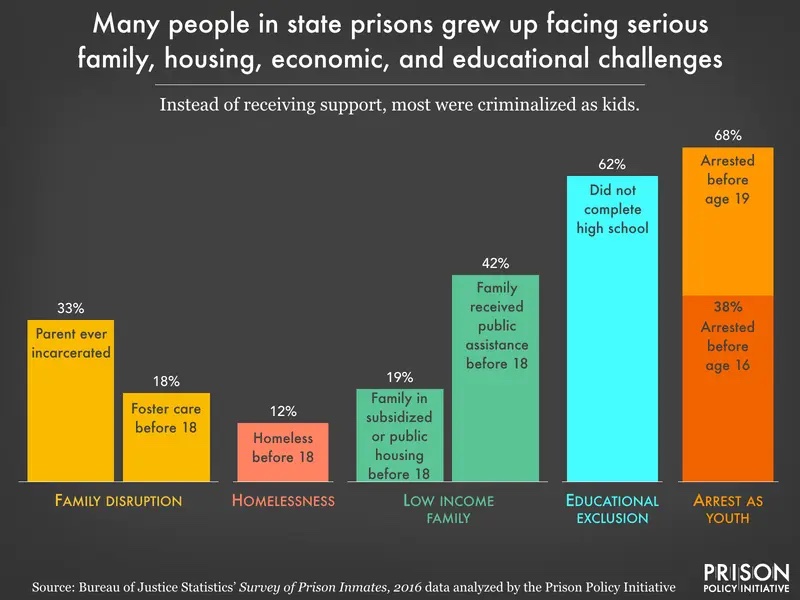 The Prison Policy Initiative’s report includes more than 20 detailed data tables that allow readers to better understand the people who are in state prisons and the challenges they have faced in their lives. Beyond the Count also includes a section diving into the data on the race, age, gender identity, and sexual orientation of people in state prisons, explaining that a disproportionate number of incarcerated people are racial minorities, very young or very old, or LGBTQ. Many of the key demographic findings in Beyond the Count (such as incarcerated people’s age at first arrest) are also broken down by race or gender.

While the data in this report is about people in state prisons, it does not allow statistics to be broken out for individual states.

“What the data in our new report show is that this country is locking up the same people it has failed by not investing in things like good healthcare, housing, and education for all,” said report author Leah Wang. “What’s worse, the data show that most disadvantaged people’s encounters with the justice system begin during childhood, when they are arrested rather than given the care and attention they need as young people.”