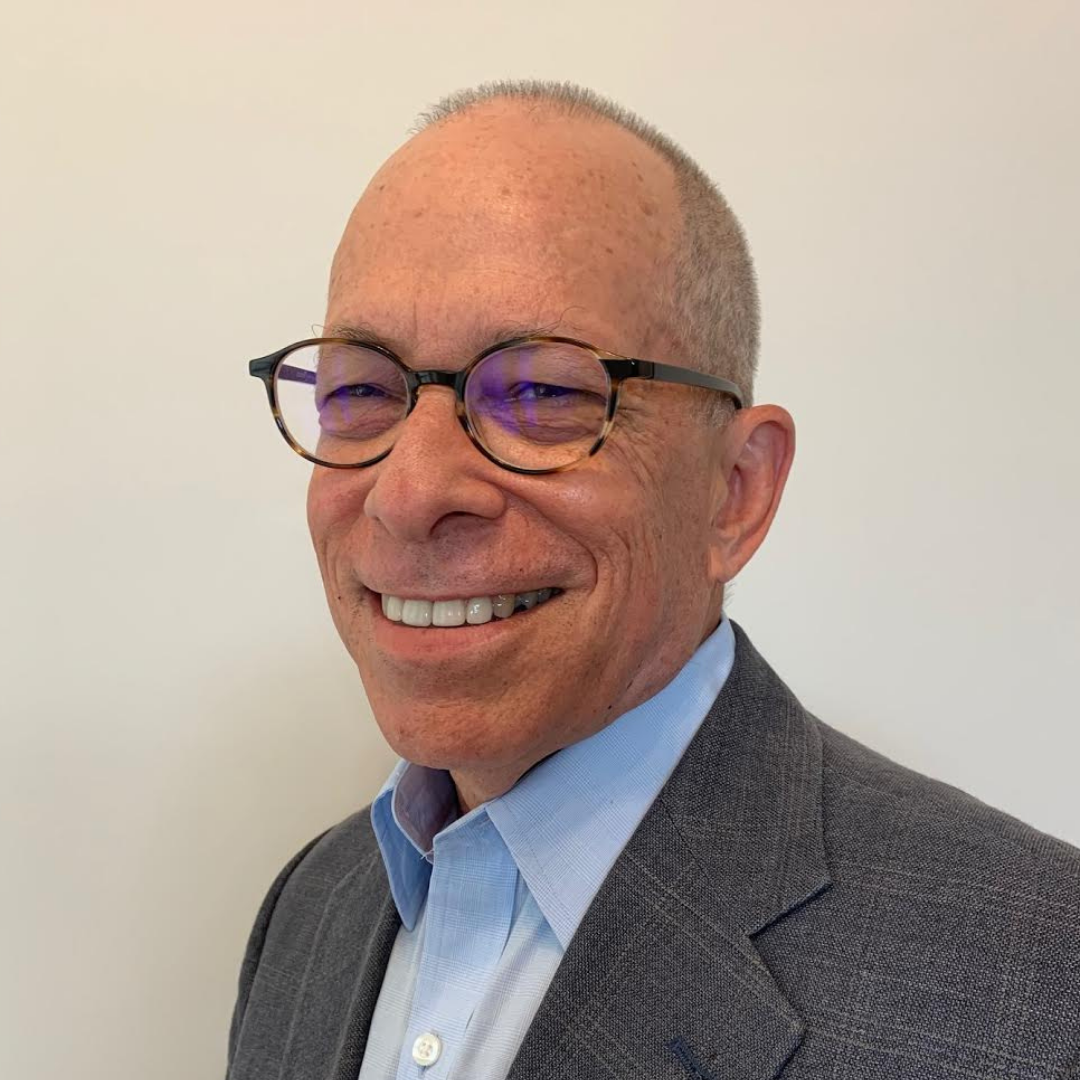 John is a long-time member of Tifereth Israel Congregation (DC) where he served as President. ... John is a graduate of the University of Virginia and the University of Michigan Law School. Before retiring in 2015, he was the General Counsel and Chief Lending Officer for a cooperative finance corporation serving America’s cooperative utilities, Native American utility authorities, and public power utilities. John began working with IAHR as a volunteer working on the Pen Pal Project. He has been engaged in a variety of social justice causes and activities since college. John is currently heading up IAHR’s Pen Pal Project.

Over the past two decades, David’s experience as clergy in the United Church of Christ ...(UCC) has offered countless opportunities to engage in interfaith dialogue and encourage religious pluralism. Even when tragedy struck, as when a neo-Nazi attacked his church. It occurred on the same night as the Jewish Community Center attack down the street. Opportunities for interfaith relationships emerged. The multi-faith support the church received, and Rev. Lindsey's interactions with the Virginia criminal justice system that resulted from this incident, strongly influenced his interest in more directly engaging with the kind of work IAHR does. David counts himself both lucky and privileged to have gone on an interfaith mission to the Holy Land, guided teenagers through multi-faith site visits, collaborated with interfaith colleagues on joint worship, and much more. David was raised in the Southern Baptist Convention. Though ordained in the UCC, multiple faiths have nurtured him along his journey (particularly Tibetan and Zen Buddhism.) In his free time, David enjoys cooking, writing, gardening, playing music, and, most especially, spending time with his wife and their two cats. 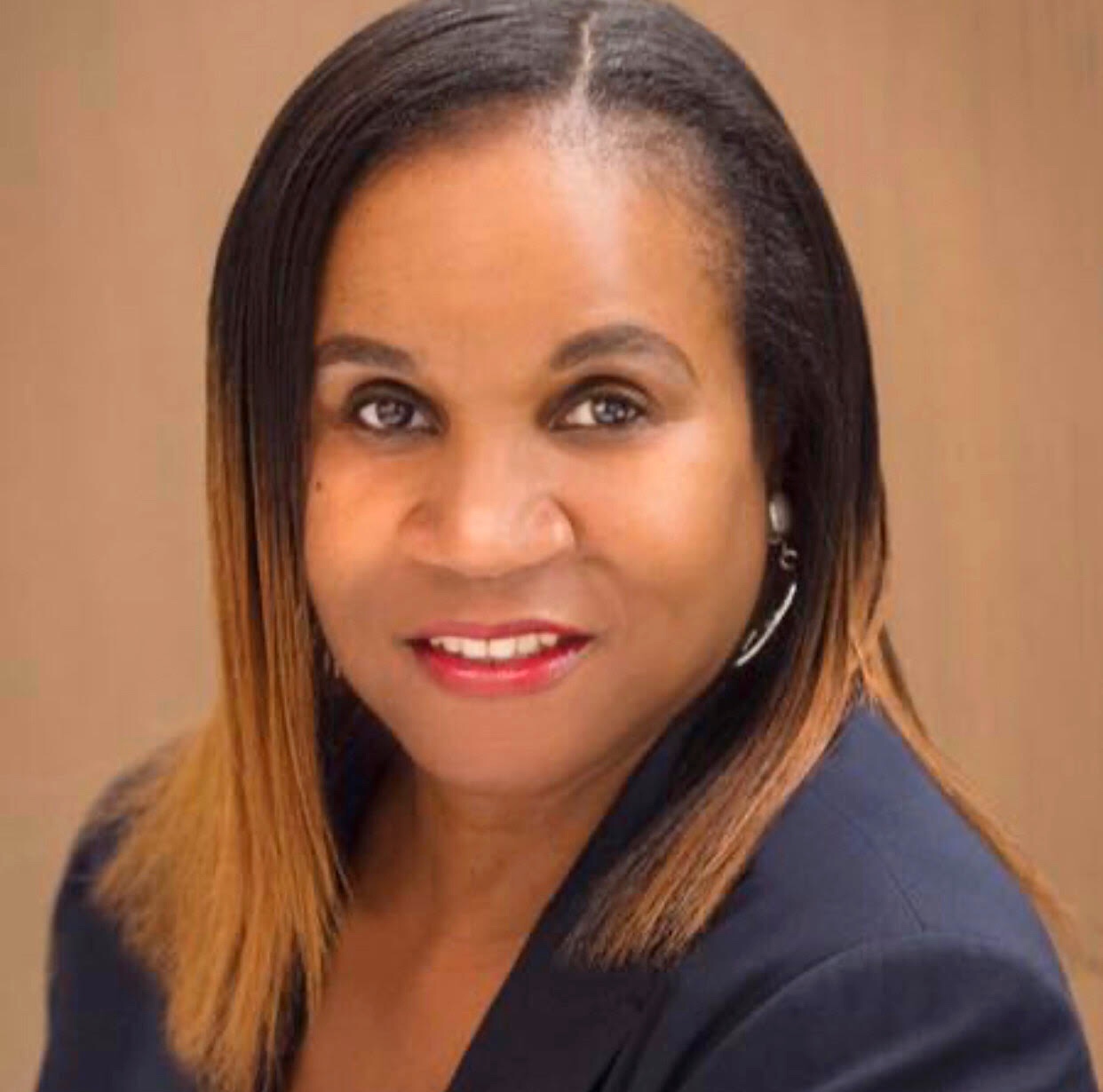 Kimberly Jenkins-Snodgrass is a tireless advocate for justice, civil and human rights. ... During her partnership with the late Justice Warrior, Joyce Ann Brown, and her family’s personal struggle to see justice served (her son is incarcerated in a maximum-security prison in Virginia), she has traveled the country fighting wrongful incarceration. She has also educated communities about Mothers (Fathers) for the Advancement of Social Systems Inc. (MASS), a successful and proven reintegration to society program.  She is the co-author of a Delayed But Not Denied and author of U Can Have Him. When Ms. Jenkins-Snodgrass experienced the injustice of the system firsthand with her son’s wrongful incarceration, her faith in the system was lost.  However, her story is one that far too many American families experience, and it has strengthened her resolve to work for equality. 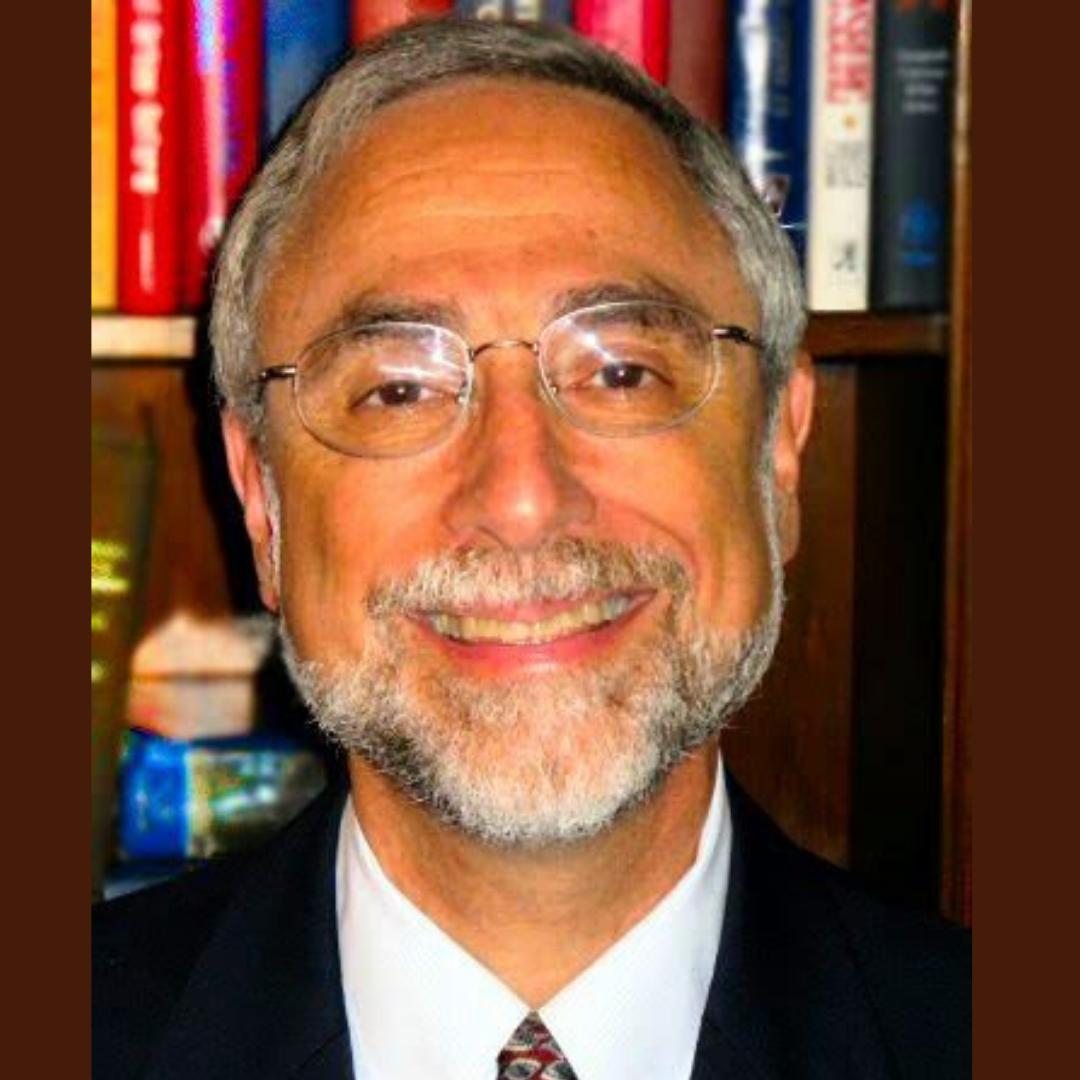 Ed has held leadership positions in the following community and religious organizations: ... J Street: The Political Home for Pro-Israel, Pro-Peace Americans, Greater Washington Co-Chair Jewish Community Relations Council, Board Member Yachad [DC Housing Preservation], Former President and Advisory Board Member of Ann Frank House: Homes and Hope for DC’s Homeless, Former President and Board Member of Adas Israel Congregation, and Docent at the Library of Congress. Ed has also over twenty years of experience in leadership positions in finance, operations, marketing, and strategic planning. He has consulted extensively with owners, executives and boards of large and small corporations on a wide variety of management and financial issues. 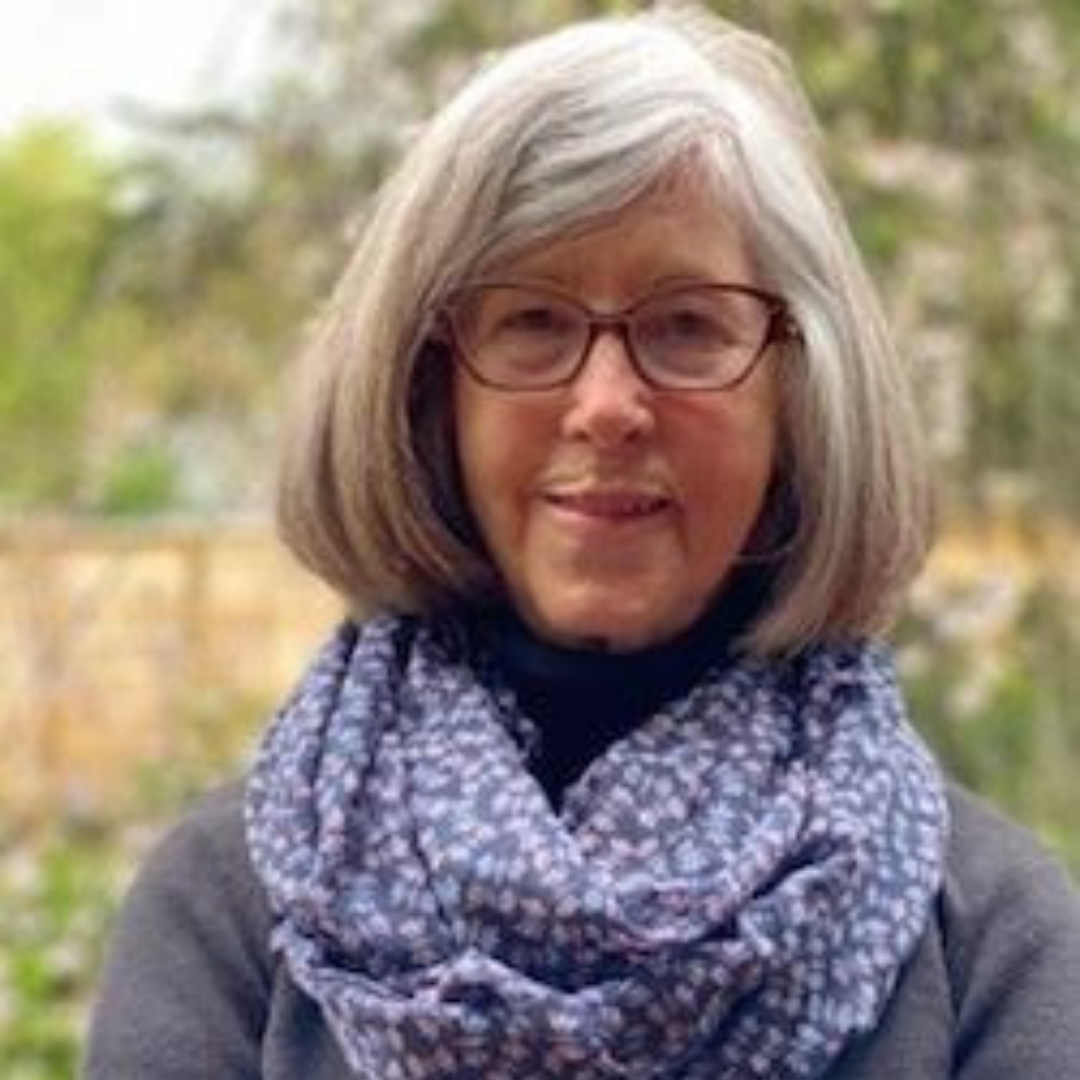 In 1993, Dr. Mellon founded the Food and Environment ... Program at the Union of Concerned Scientists (UCS) to promote the adoption of science-based farming systems that are simultaneously productive, environmentally benign, and resilient in the face of stress. Margaret Mellon is a respected expert on biotechnology, antibiotics and food safety. She holds a doctorate in molecular biology and a law degree from the University of Virginia. Dr. Mellon has published widely on the potential environmental impacts of biotechnology applications. She has also served three terms on the U.S. Department of Agriculture’s Advisory Committee on Biotechnology and 21st Century Agriculture and for many years taught a popular course in biotechnology and the law at the Vermont Law School. She was named a Fellow of the American Association for the Advancement of Science (1994). Dr. Mellon is now a science policy consultant in the areas of antibiotics, genetic engineering, and sustainable agriculture.

Lionel André is a highly experienced litigator ... who has spent over thirty-five years addressing government investigation and white-collar issues. Lionel brings unique and significant work experience of over thirteen years of SEC investigation and litigation experience and over sixteen years of DOJ criminal trial experience. Lionel served as Assistant United States Attorney in the Fraud and Public Corruption Section in the United States Attorney's Office for the District of Columbia. At the U.S. Attorney’s Office, he served as Senior Litigation Counsel and Health Care Fraud Coordinator in the Fraud and Public Corruption Section. Before that, Lionel spent time at the United States Securities & Exchange Commission as Assistant Chief Litigation Counsel. Currently, Lionel defends clients in securities enforcement matters, securities litigation, and white-collar criminal cases. He also conducts internal investigations, participates in Monitorships, and assists companies with updating their compliance programs. Lionel, who immigrated from Haiti at the age of five, is extremely passionate about protecting human rights in the United States and abroad. He serves on the Board of Directors of three non-profit organizations. 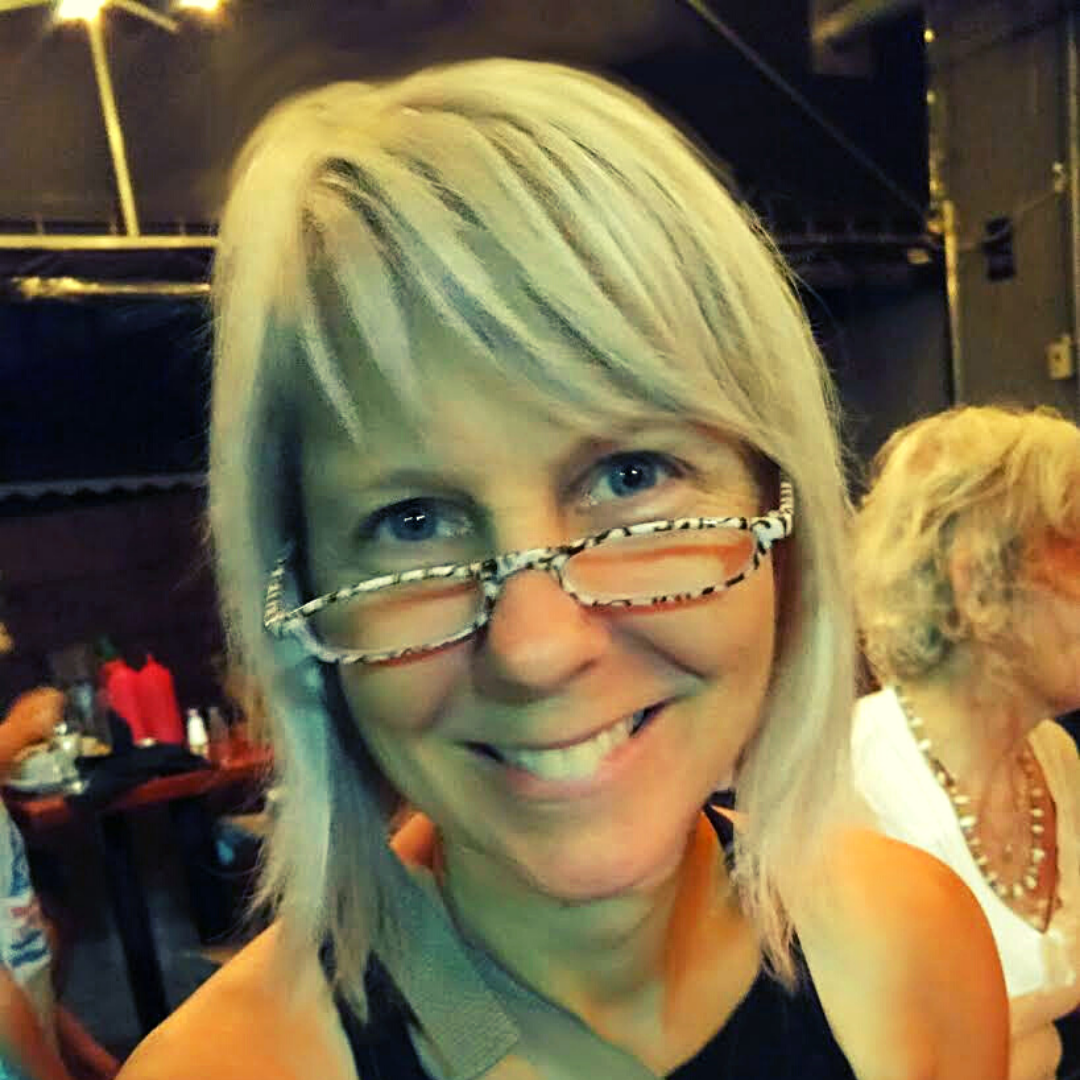 Sue holds a bachelor’s in electrical engineering from the University of Maryland and a master ... in human development and Psychology from Harvard’s Graduate School of Education. Her work weaves art, ideas, technology, story-telling, and user experience into animated videos that put sense-making into service. Her passion for exploring the tensions between theory and practice informs her use of narrative, metaphor, motion, and music to document the insights and puzzles of groups learning together. In collaboration with clients, Sue facilitates teams and organizations in making sense of both the frustration and fulfillment of collaborative work by articulating and deepening shared knowledge. Sue created and produced an animated film on solitary. Her work on the Quaker Peace and Justice Committee of the Stony Run Quaker Meeting in Baltimore has sparked her passion to explore applying theory and practices of anthrocomplexity to the seemingly intractable challenges facing Baltimore, particularly in the criminal justice system. 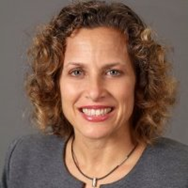 Sue Emmer has over 30 years of public policy experience, including as a Senate staffer ... and Dept. of Health and Human Services official. In 1999, she founded and currently leads Emmer Consulting, Inc., a multi-client health care policy consulting practice focusing on issues like childhood cancer, Alzheimer's Disease, and support for primary care medicine. Sue earned her J.D. degree from the Georgetown University Law Center and her B.A. in history from Brown University, where she played on the varsity tennis team. She is a long-time member of Congregation Beth El of Montgomery County, where she served on the Board. She is the current Executive Committee Chair of the Health on Wednesday Group of women health policy professionals. Sue began working with IAHR as a volunteer with the Pen Pal Project. 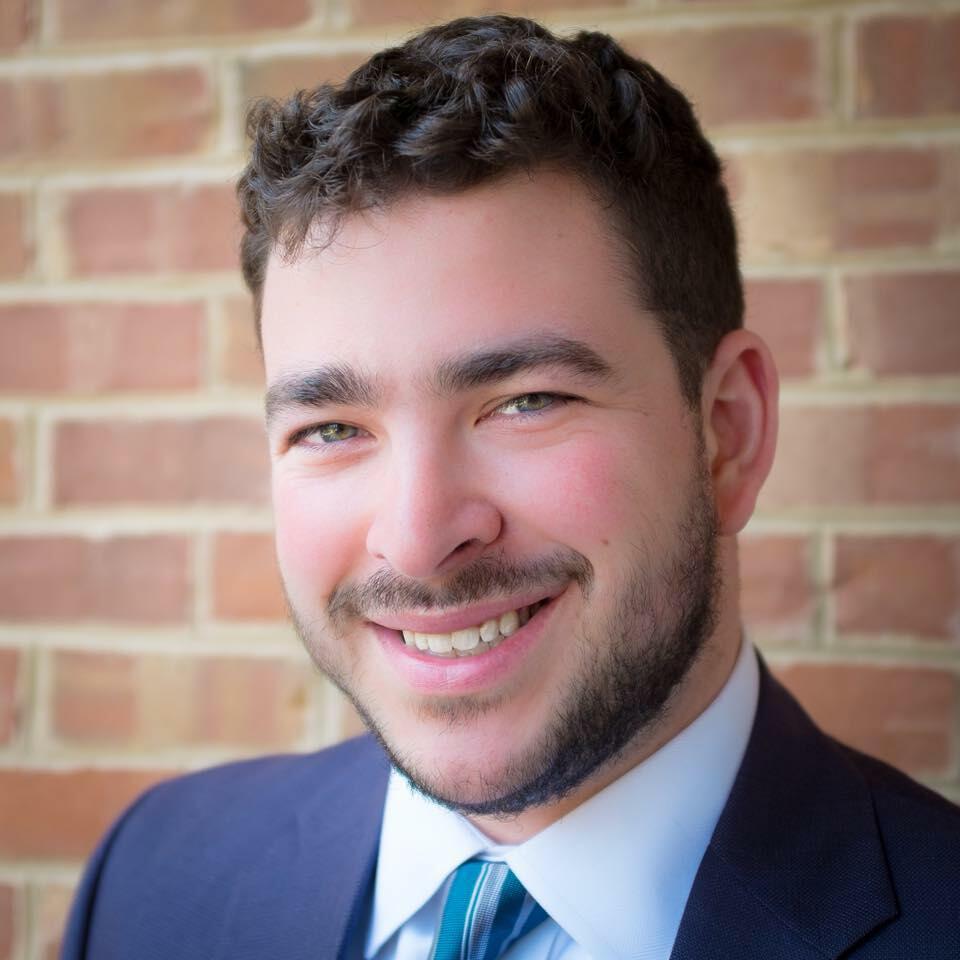 One of the few lobbyists named as one of 2021's Top Lobbyists by the National Institute of Lobbying and Ethics and The Hill ... , Brian is an expert advocate who passionately fights for the issues he believes in. Brian specializes in state and federal legislative advocacy, manages digital communications strategies, and serves as the Executive Director of the non-profit group Sports Fans Coalition. He has a Bachelor's degree from Virginia Tech and a Master's from the University of Oklahoma. He is a lifelong Virginian who tries to spend as many weekends as possible in Shenandoah National Park. 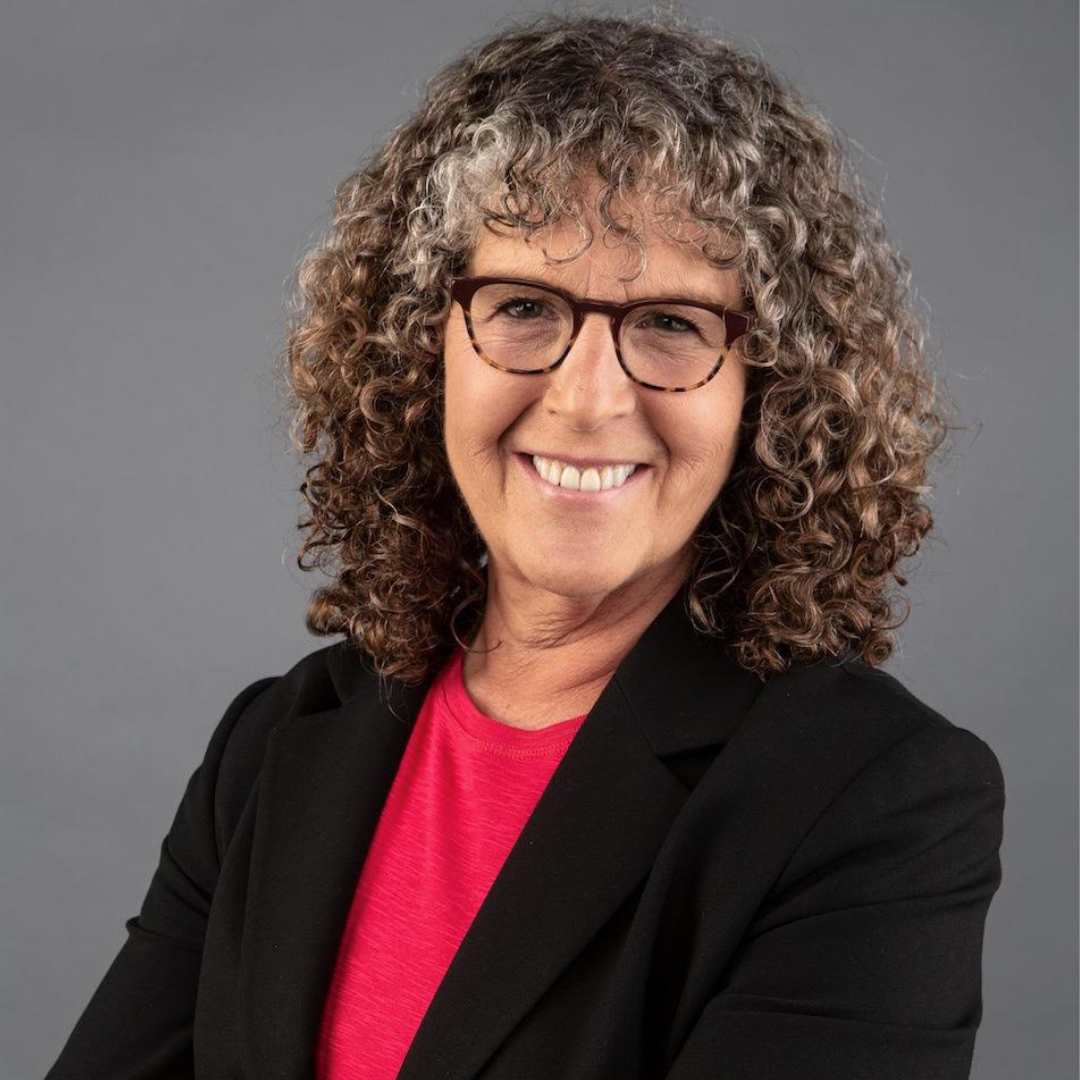 Prior to entering the non-profit sector, June served ... for nine years as a senior policy analyst in the US Department of Justice and completed a year as a loaned intergovernmental executive with the DC Council Judiciary Committee. She has a bachelor’s degree in sociology from New York University and a masters and doctorate from the School of Criminology, University of California, Berkeley. June Kress has more than 40 years of experience as a criminal justice researcher, policy analyst, program director, consultant, and academic. From January 2004 until June 2017, she served as the Executive Director of the Council for Court Excellence, a nonprofit, nonpartisan civic organization that since 1982 has worked to improve the administration of justice in the local and federal courts and related agencies in the Washington, DC metropolitan area.
She is a member of the board of directors of Anne Frank House, Adas Israel Sisterhood, Tzedeck DC, NCRC-National Child Research Center, and is an active member of Leadership Greater Washington and the Cosmos Club. 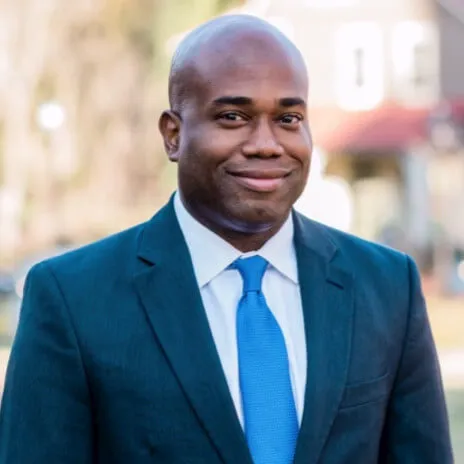 Since July 2020, Davion has been the managing director of Percy ... Public Affairs, LLC. Before that Davion was the Senior Government Relations Consultant at Alexander & Cleaver in Annapolis, MD. Prior to joining Alexander & Cleaver, Davion served in Prince George’s County Government for 10 years. He worked five years in the Department of Environmental Resources (now the Department of Permitting, Inspections, and Enforcement). During Davion’s last five years with Prince George’s County, he served in the office of Council Member Karen R.Toles (D-Suitland) as Constituent Services Specialist. As Chief of Staff, Davion advised Council Member Toles on all policy matters, including zoning issues, and served as her staff liaison to the Health, Education, and Human Services committee, which she chaired. Additionally, he oversaw the day-to-day functions of the office. 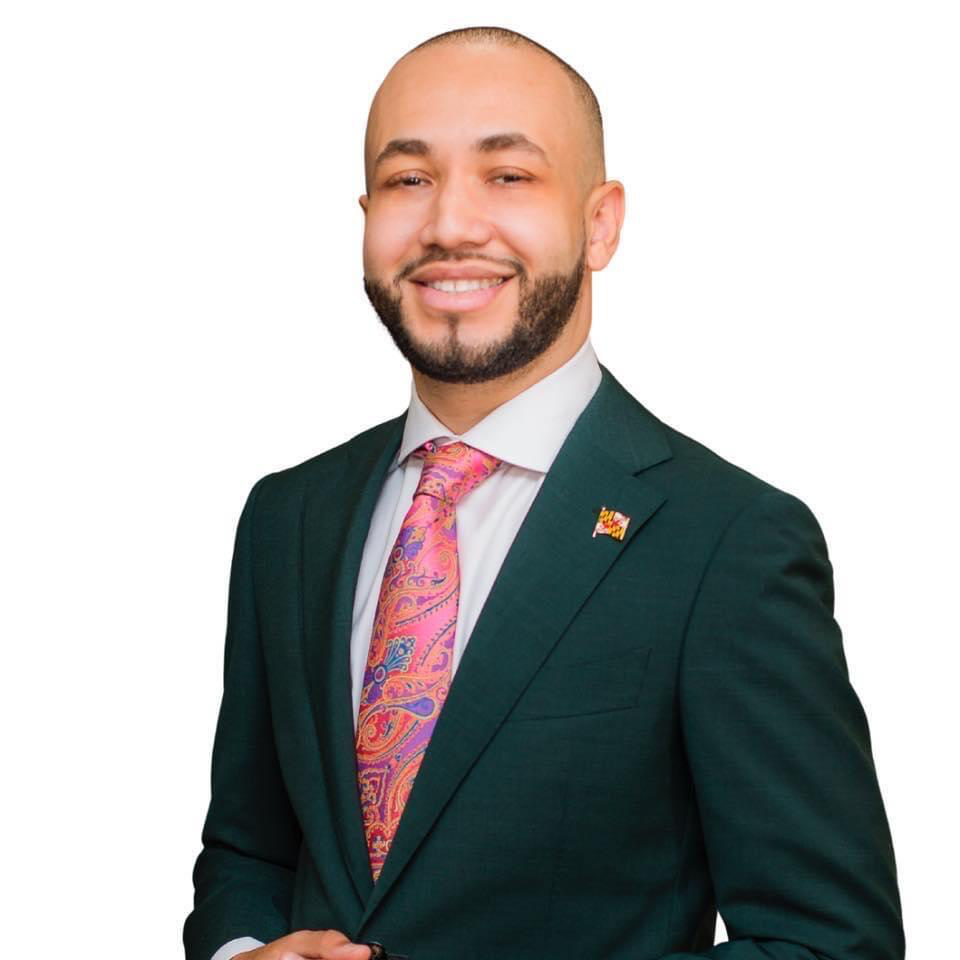 Christopher Stevenson is a kidney failure survivor and public health advocate ... with legislative experience tackling issues of economic inequality, the rights of the formerly incarcerated, environmental justice, and healthcare reform for all Marylanders. He is the current Democratic Central Committee Member for District 24in Prince Geroge's County, Maryland. With his long track record of community service for Prince George’s County residents and his legislative tenure working for all three levels of the legislative government, Chris intimately knows the issues of District 24 residents and families throughout Maryland. As a proud Democrat, Chris currently serves as Chair of the Maryland Democratic Party where he actively fights against healthcare disparities throughout Maryland. Christopher lives in Glenarden, MD, and attends St. Joseph Catholic Church. 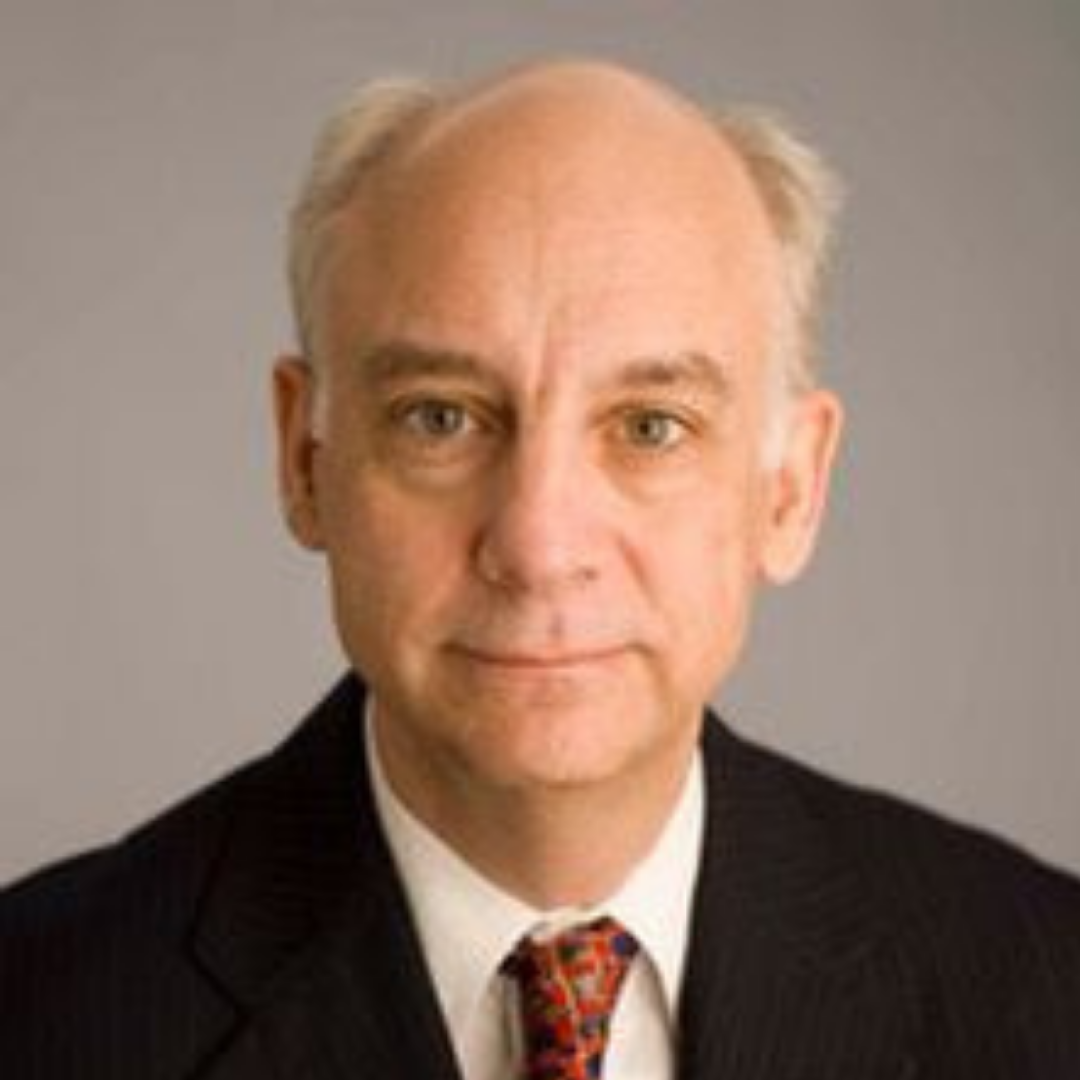 John is currently a professorial lecturer in Law and ... Visiting Scholar at the George Washington School of Law. From 2013 to 2016, John was the chief counsel in the Office of Stability at the U.S. Treasury Department. From 1990 to 2013, John was a partner at Gibson, Dunn, and Crutcher where he served as the co-chair of the firm’s national securities enforcement practice group and as a leader of its securities litigation practice. Earlier in his career, John was an associate director of the Enforcement Division of the U.S. Securities and Exchange Commission and an assistant U.S. Attorney. 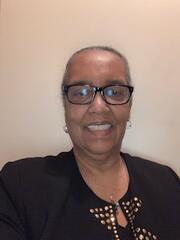 Rev. Wanda Thompson has served since 2014 as the second Pastor of The Ambassador Baptist Church, where she has been a member since 1976.... She is a native Washingtonian. She received her Master of Divinity degree from the Howard University School of Divinity in 1996, receiving the Dean's Award for academic excellence. Rev. Thompson received her Bachelor's degree in psychology from Dickinson College and her Master's and Ph.D. from Temple University in Clinical Psychology. She is a licensed psychologist in both D.C. and Maryland. She has completed a year-long George Washington University Master Teacher program, receiving a certificate in leadership development. She has earned certificates in business; and public advocacy. Rev. Thompson is active in several community organizations, boards, and committees. She has conducted training and participated in advocacy efforts. Rev. Thompson often testifies before the D.C. Council. She truly believes in serving the community and advocating against Black residents' displacement from the city. Most importantly, she considers herself a servant of God. Her family includes her siblings and their families and her church family, of whom she is very proud.