This month the IAHR Newsletter highlights the action of Gov Youngkin and the Virginia Legislature to amend HB 5148 which denied freedom to over 500 incarcerated people just two weeks prior to their scheduled release.

We are also highlighting two special upcoming programs: the End of Isolation Tour's Production of "The Box" in August in Baltimore and the District and the online debut of the film on solitary, "Torture in Our Name on July 14.

We are also bringing you a special report from the Prison Policy Initiative on where people in Maryland Prisons come from.

As the Department of Corrections began examining the data, thousands of criminals were going to be released between July 1, 2022, and August 30, 2022. Some offenders were excluded from earning these credits based on their underlying offense. Many of those being released have been identified by Department of Corrections as being a high-risk of violent recidivism. How the Department made this evaluation has not been made public.

On June 17, the Governor Youngkin's amendment to the HB 5148 earned sentence credit bill was approved by both the House and Senate denying mixed charges eligibility to be included in the earned sentence credit law. This meant that this budget line item would remove an estimated 556 inmates from eligibility for release on July 1. Two weeks before their expected release, 556 were denied their expected freedom from incarceration. This was a cruel and unnecessary act motivated by fear.

A  rally is set to protest the action of the Governor and the Legislature  for Saturday July 9th From 10am -1pm at 5701 Springfield road Glen Allen, Virginia. This is a moment for the families and advocates to focus on voting power in order to achieve more victories. 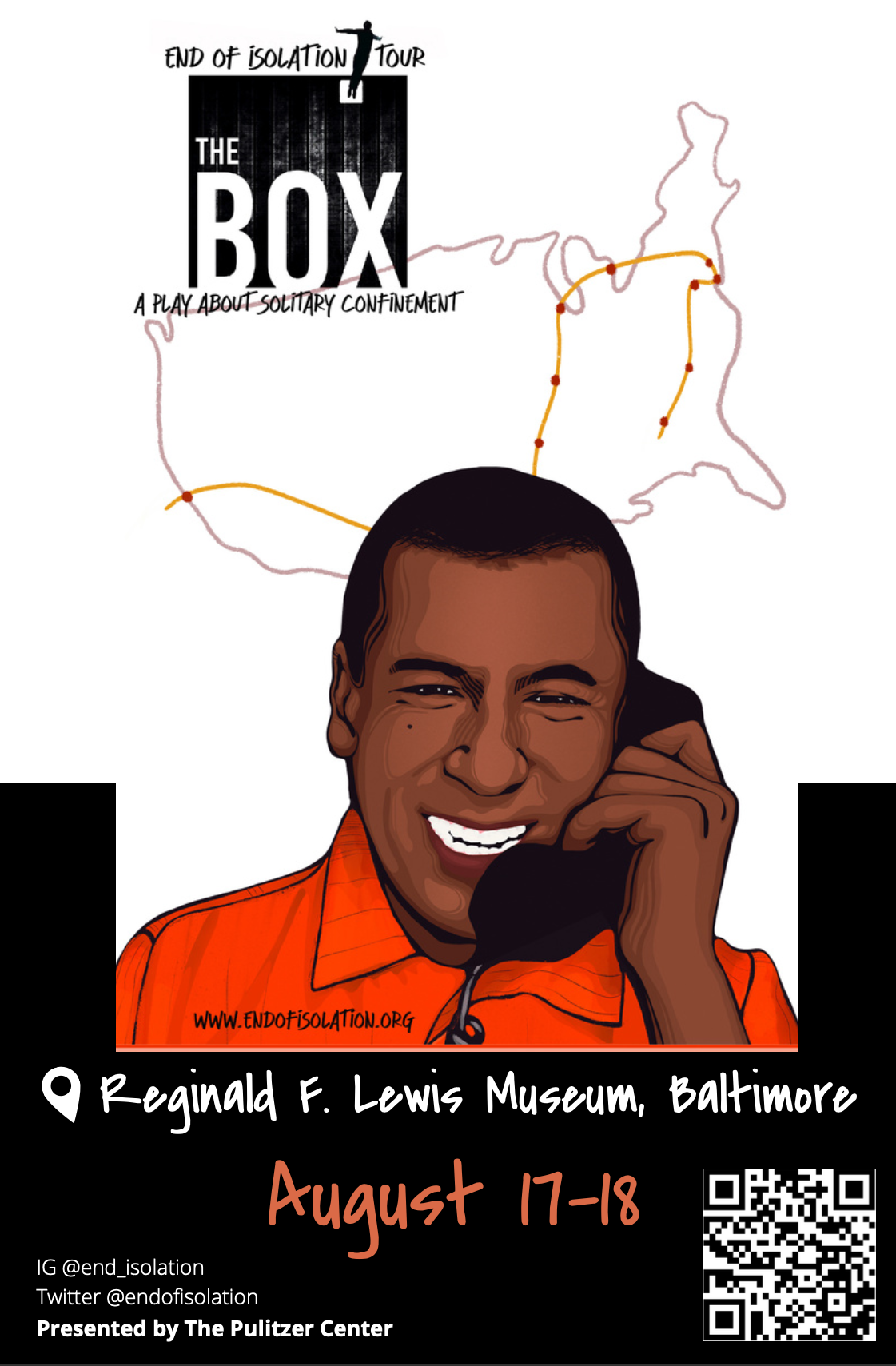 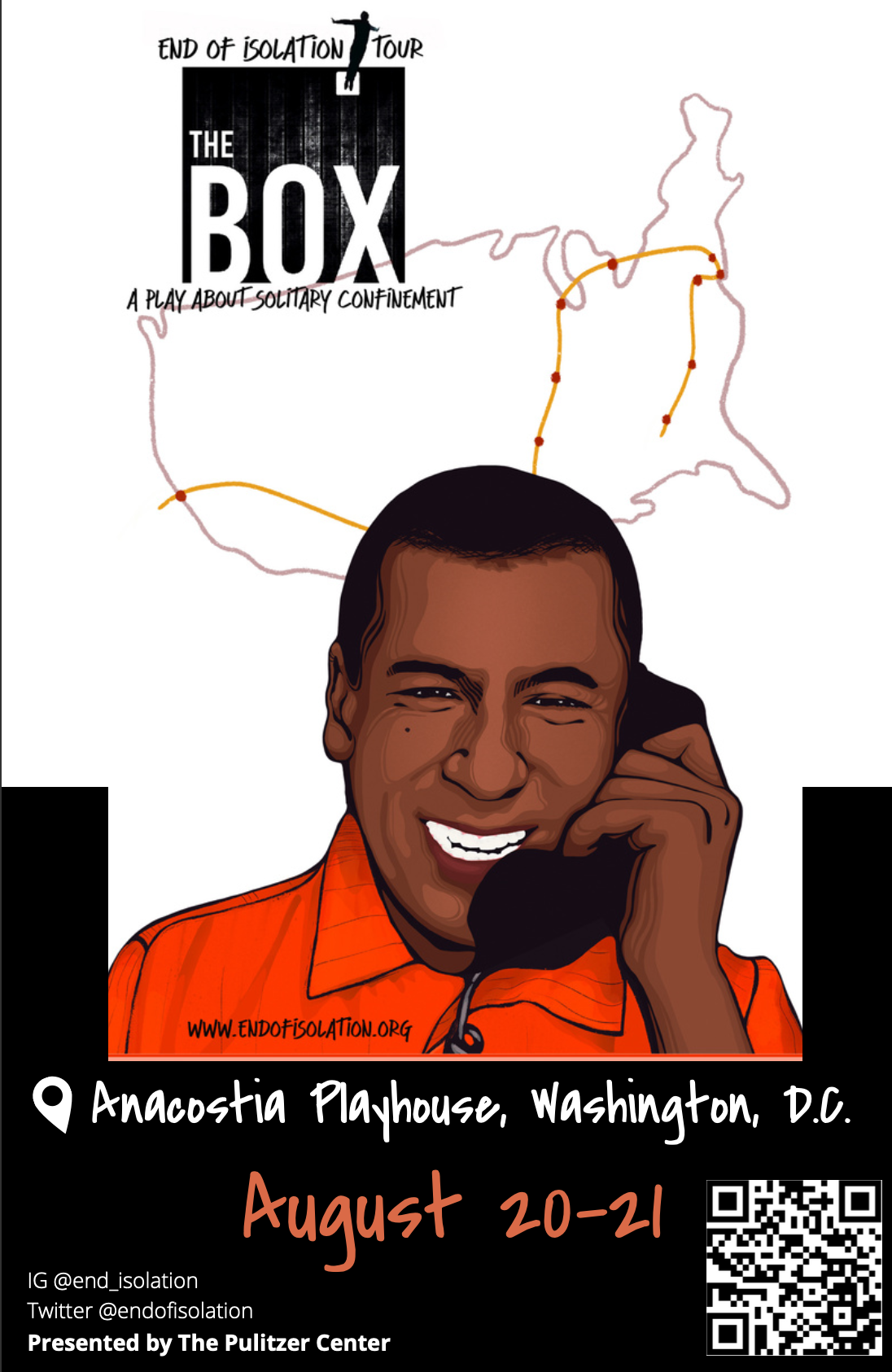 Torture In Our Name 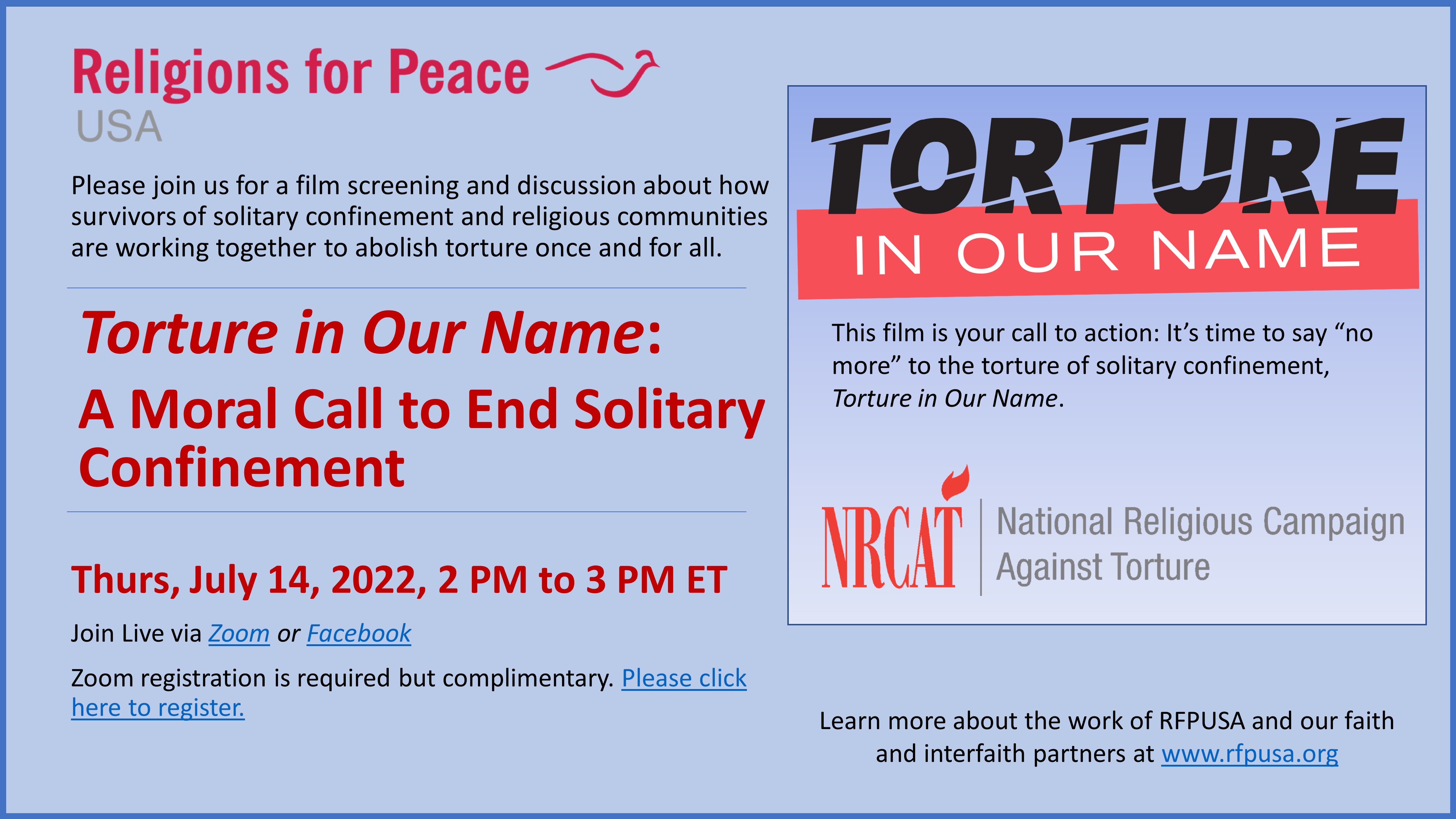 New data reveals where people in Maryland prisons come from

Report shows every community is harmed by mass incarceration

Today the Prison Policy Initiative and Justice Policy Institute released a new report, Where people in prison come from: The geography of mass incarceration in Maryland, that gives an in-depth look at where people in Maryland state prisons come from. The report also provides 9 detailed data tables — including neighborhood-specific data for Baltimore City and Montgomery County — that serve as a foundation for advocates, organizers, policymakers, data journalists, academics, and others to do their own analysis of how incarceration relates to other factors of community well-being.

Data tables included in the report provide residence information for people in Maryland state prisons at the time of the 2020 Census, offering the clearest look ever at which communities are most impacted by mass incarceration. They break down the number of people locked up by county, city, town, zip code, legislative district, census tract, and other areas. 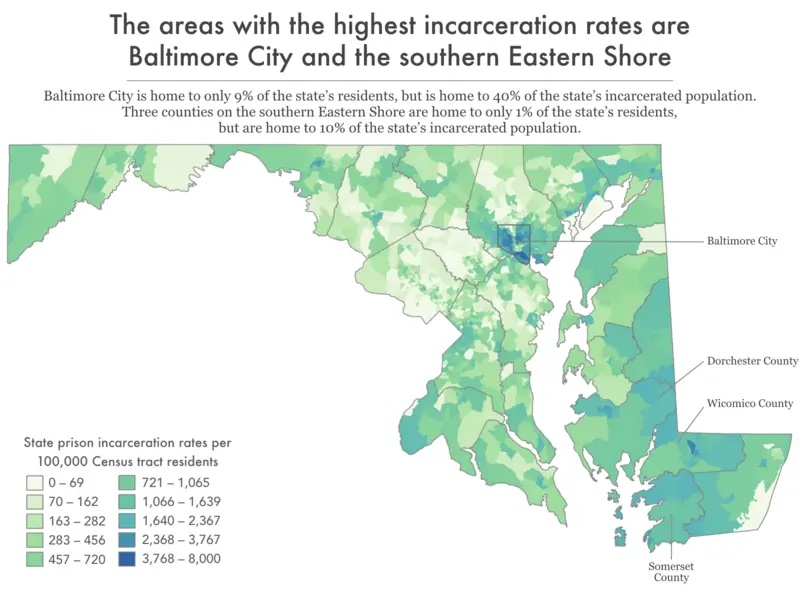 “The nation’s 40-year failed experiment with mass incarceration harms each and every one of us. This analysis shows that while some communities are disproportionately impacted by this failed policy, nobody escapes the damage it causes,” said Emily Widra, Senior Research Analyst at the Prison Policy Initiative. “Our report is just the beginning. We’re making this data available so others can further examine how geographic incarceration trends correlate with other problems communities face.”

The data and report are made possible by the state’s landmark 2010 law that requires that people in prison be counted as residents of their hometown rather than in prison cells when state and local governments redistrict every ten years. Maryland was the first state in the nation to end the practice of “prison gerrymandering,” which gave disproportional political clout to state and local districts that contain prisons at the expense of all of the other areas of the state. Since then, more than a dozen states and 200 local governments have taken steps to end the practices. In total, roughly half the country now lives in a place that has taken action to address prison gerrymandering.