The December edition of the IAHR Newsletter includes two important action items, a report on the Virginia Coalition on Solitary Confinement, a news article on the Federal Bureau of Prisons, a news article on CORE Group Services, and an essay on “Unequal Justice Under the Law.”

Bureau of Prisons in Hot Water

Unequal Justice Before the Law

Neighbors for Justice invite you to join our second annual campaign to send virtual letters to our neighbors in the DC Jail, located in our Capitol Hill neighborhood. We want to let the 1,500 men and women in the jailknow that we are thinking of them this holiday season. You can help provide some encouragement during what has been a difficult year of medical lockdowns, mistreatment, and inhumane conditions at the jail.

Last year we sent over 100 letters from families, children, and neighbors. We heard that residents found this outreach to be incredibly meaningful. They especially loved children's drawings, photos, and short videos of scenes from around DC.

Please sign up here to get our instructions in your inbox and a reminder next month.

See our guidance and sample letters from both adults and children.

Upload your letters here anytime between now and December 31 - we share them as we receive them.

Neighbors for Justice was founded in 2020 by neighbors who live a few blocks from the DC Jail to support those at the jail during COVID and beyond. The need for encouragement and connection is the same this year as last. Please sign up to be a part of this neighbor-to-neighbor outreach. Thank you!

The Virginia Prison Justice Network will celebrate the birthday of the Rev. Martin Luther King Jr. by holding its 5th Annual VIRGINIA PRISON JUSTICE RALLY on his birthday, Jan. 22nd, three days after the opening of the 2022 Virginia General Assembly, when all the state legislators will be in Richmond. 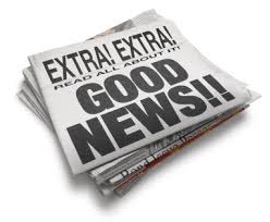 The plan is to rally on Capitol Square from 1-2 pm and then hold an organizing meeting from 3-4 pm. If rally permits are not being granted because of the pandemic, we will hold a car caravan through the city as we did last January. Meantime, please SPREAD THE WORD! - in your neighborhoods, workplaces, places of worship and especially inside the prisons. Help make Prison Justice a real issue in the 2021 General Assembly!

Update on the Virginia Coalition on Solitary Confinement 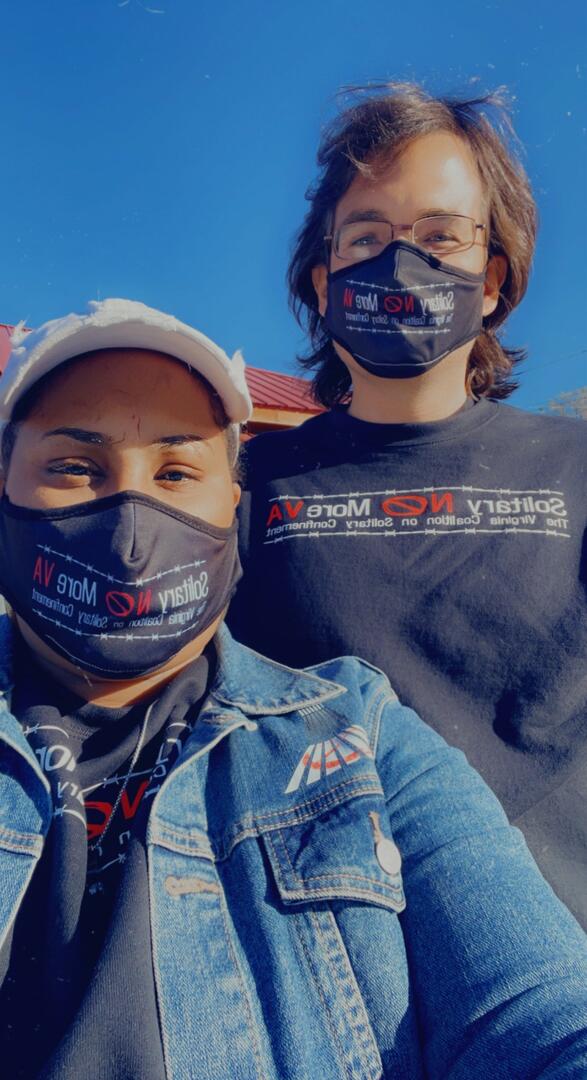 “Wait, y’all are out here cause you working to shut down ‘The Hole’? Wow! Thank you, I didn’t know people cared about us when we were in there.

A young man I met in Martinsville, Virginia, told me this. He lives in subsidized housing on the edge of town. A forgotten complex in a forgotten city in a forgotten part of Virginia. Yet here I was telling him about the work of the Virginia Coalition on Solitary Confinement (VCSC), sharing my story of being in solitary, and how we’re trying to end Solitary Confinement in Virginia. I could see him holding back tears because he didn’t think anyone cared about the harm that he and his loved ones have experienced through the torture of solitary confinement.

VCSC has been around since 2016when Gay Gardner grew so concerned about people’s accounts of being in solitary confinement that she knew action needed to be taken. IAHR, along with the ACLU of Virginia, SALT, Virginia Cure, and several other orgs joined together and have been fighting to end solitary confinement in Virginia since then. Now we have Coalition members and organizations from all parts of the state.

Normally we’re focused on legislative and administrative ways to stop Solitary Confinement. We may share accounts we’ve heard of abuses with DOC officials in Richmond. IAHR will often take the lead, calling or writing to raise concerns. Many times, this will lead to better treatment for the impacted person. This summer we’ve been working hard with State Senators’ staff from the Senate Finance and Appropriations Committee, Department of Planning and Budget, and the Department of Corrections to create a bill that will not only bring relief to the thousands of men and women suffering in extended solitary confinement in Virginia but will also have a price tag that is acceptable to legislators.

New this year, because of funding from Unlock the Box, National Religious Campaign Against Torture, and IAHR the VCSC has been able to expand its reach through a series of tours around Virginia. I, as Chair of the VCSC, and Natasha White, our Coalition Coordinator, are meeting with legislators, college students, and canvassing neighborhoods to raise awareness about our work to end solitary confinement in Virginia both legislatively and administratively.

So far we’ve visited rural Southside, the Shenandoah Valley, and Charlottesville. In coming weeks we’ll be traveling to Roanoke and Southwestern Virginia (November 29-December 2), Hampton Roads (December 8-10), and the Fredericksburg region(December 13-14). We’ll be meeting with Republican legislators to explain why ending solitary confinement isn’t a partisan issue, it’s a human rights and sanctity of life issue. We’ll be meeting with college students to share a VR solitary confinement experience, stories of what you experience, and how they can work to end this inhumane practice. We’ll be canvassing neighborhoods and visiting Probation & Parole Offices as we look to connect with people who have been in solitary or who have loved ones that have been.

And we’d like to connect with you, too! If you live in one of these areas, reach out to me! You can join us for canvassing, or we can come talk to your faith community or other organization about solitary confinement and how they can help end this practice.

Bureau of Prisons in Hot Water After Associated Press Expose 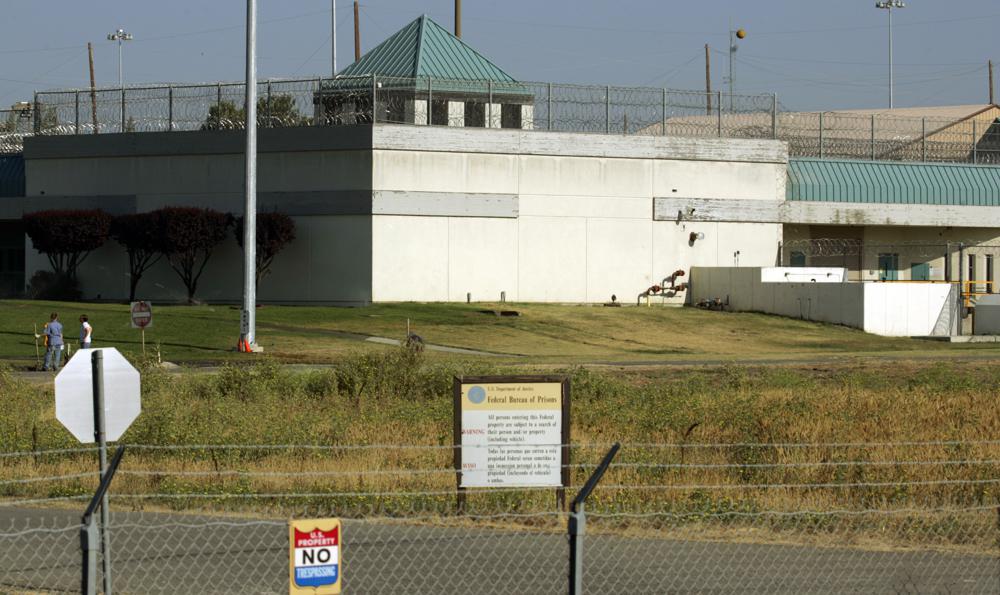 The Federal Correctional Institution is shown in Dublin, Calif., July 20, 2006. Nearly 100 federal Bureau of Prisons employees have been arrested, convicted or sentenced in criminal cases since the start of 2019, accused of crimes from smuggling drugs and weapons to stealing prison property, sexually assaulting inmates and murder. Those arrested include Ray Garcia, the warden at the Federal Correctional Institution at Dublin. (AP Photo/Ben Margot, File)

A recent expose by the Associated Press reported that the Bureau of Prisons (BOP) “is a hotbed of abuse, graft and corruption, and has turned a blind eye to employees accused of misconduct.” According to the report, over 100 federal prison workers have been arrested, convicted or sentenced for crimes since the start of 2019. The list includes a warden indicted for sexual abuse, an associate warden charged with murder, guards taking cash to smuggle drugs and weapons, and supervisors stealing property such as tires and tractors.

This Federal Correctional Institution is located in Dublin, California.  Nearly 100 Federal prison employees have been arrested, convicted, or sentenced in criminal cases since the start of 2019, accused of crimes from smuggling drugs and weapons to stealing prison property, sexually assaulting inmates, and murder. Those arrested include Ray Garcia the warden of FCI Dublin. (AP Photo/Ben Margot)

Senate Judiciary Committee Chairman Dick Durbin (D-IL), called for the Attorney General to remove BOP Director Michael Carvajal, stating “It is past time for Attorney General Garland to replace Director Carvajal with a reform-minded Director who is not a product of the BOP bureaucracy.”

Two-thirds of the criminal cases against Justice Department personnel in recent years have involved federal prison workers, who account for less than one-third of the DOJ’s workforce. Of the 41 arrests this year, 28 were of BOP employees or contractors.

The AP report was preceded by the release of a DOJ Office Of Inspector General report critical of the BOP’s implementation of First Step Act.  A Forbes article on the report noted that the BOP had failed to implement much of the First Step Act’s central purpose which is to further reduce institutional prison populations by offering incentives to inmates to earn credits toward more halfway house through certain educational programs.

Recently, the New York Times reported that New York City was severing all its ties with the Core Services Group, highlighting the charity’s repeated management failures, conflicts of interest and excessive executive salaries. Core Services Group is one the largest non-profits in New York City that operates homeless shelters and halfway houses for returning citizens.

New York acted after the New York Times investigated the organization and found that the chief executive of CORE collected more than $1 million a year, hired his relatives and steered millions of dollars in business to for-profit companies he controlled. 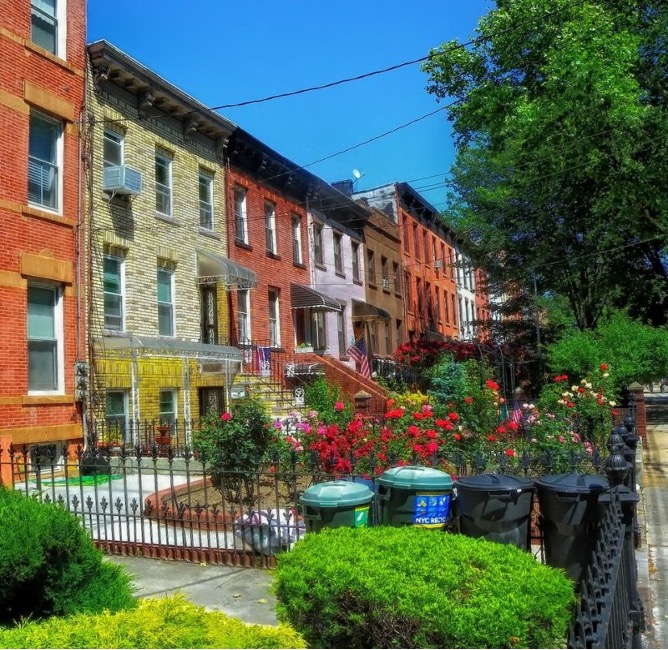 The Core Services Group also has a contract from the Federal Bureau of Prisons (BOP) to construct and operate a halfway house for DC residents returning from the BOP. Currently, there is no halfway house in the District. Citing its poor record of providing services to returning citizens, the BOP ended its 30-year relationship with Hope Village prior to the onset of the pandemic.

The BOP then awarded the contract to CORE DC, a subsidiary of CORE Services Group.  Having overcome significant local resistance to building and operating a halfway house, CORE DC is building a new halfway house for returning citizens in Ward 7.  It is unclear what effect New York City’s action will have on CORE DC’s contract with the BOP.

If the BOP maintains its contract with CORE DC, then advocates will have to monitor how CORE DC is providing services. 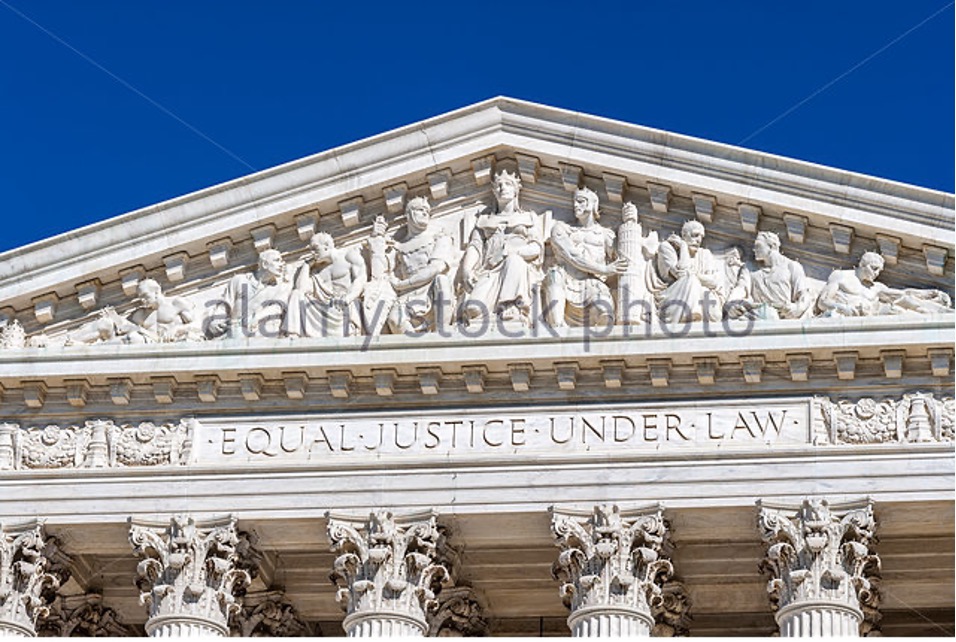 Unequal Justice Under the Law

Christopher Parham was grocery shopping for his boss when Henry Daverin, a plainclothes NYPD officer, approached him. Daverin accused Parham of driving recklessly on an illegal scooter without a helmet; a few minutes later, Parham was writhing in pain on the sidewalk outside. What happened during those few minutes was a matter of dispute. The NYPD said that Parham, a Black 19-year-old, had violently resisted arrest. Daverin and his colleagues said that they did not use force against him even though Parham had gruesome Taser burns all across his back.

Then surveillance video of the episode emerged—and proved that nearly every detail of the NYPD’s account was false. Parham had immediately cooperated with Daverin; he did not resist arrest. Nonetheless, Daverin and his colleagues had assaulted Parham, tackling him to the ground, then Tasing him over and over again. After Parham’s attorneys released the video—and his local representatives raised concerns—the district attorney dropped all charges. Daverin, who had been named in at least 10 other misconduct lawsuits, was never disciplined, either for brutalizing Parham or for lying about it. Two years later, he remains on the force.

After the death of George Floyd, the Minneapolis Police Department issued a false statement that George Floyd had “physically resisted officers”. The statement mentioned nothing about Officer Chauvin kneeling on Mr. Floyd’s neck for almost 9 minutes.

Last month the public learned that the State of New York exonerated Muhammad A. Aziz and Khalil Islam who were convicted of assassinating Malcolm X in 1965.  Both Mr. Aziz and Mr. Islam served over 20 years in prison for a crime that they did not commit.  Moreover, both men produced witnesses who knew that Mr. Aziz and Mr. Islam were not present in the hall in Harlem where Malcolm X was murdered.

According to the New York Times, a 22-month investigation conducted jointly by the Manhattan district attorney’s office and lawyers for the two men found that prosecutors and two of the nation’s premier law enforcement agencies — the Federal Bureau of Investigation and the New York Police Department — had withheld key evidence that, had it been turned over, would likely have led to the men’s acquittal.

Police and Prosecutors commit crimes through giving false testimony or by withholding exculpatory evidence from the accused.  How many incarcerated people may be innocent of the crimes they were convicted of?  According to a Mother Jones article that was published 10 years ago, it may be as many as 20,000 people! And this could be a low estimate.  We just don’t know how many innocent people may be languishing in prison or jail.

The Staff, the Board of Directors and the Council of Advisors wish our Jewish friends a Happy Hanukkah and our Christian friends a Merry Christmas! 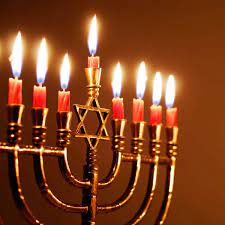 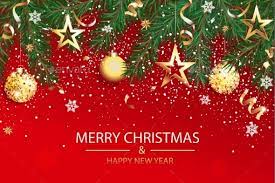