September has been a busy month for IAHR.  Below you will find a letter to Virginia Governor McAuliffe signed by a coalition of religious and human rights groups; a petition to Governor McAuliffe demanding the release from solitary of Bradley Maxwell, an upcoming program featuring Imam Ali Siddiqui, a report on the showing of "Solitary" at the Capitol Visitor Center with photos, and an article from the NY Times reporting an upsurge of attacks on American Muslims.

We, the undersigned human rights, interfaith, civil liberties, and social justice organizations, are writing to urge you to implement reforms on the use of solitary confinement (sometimes called “restrictive housing” or “segregation”) in facilities across the Commonwealth of Virginia.

Prolonged isolation of prisoners is increasingly recognized around the world as inhumane and a serious human rights violation.  The United Nations Standard Minimum Rules for the Treatment of Prisoners state that solitary confinement should never be used for indefinite periods and in the rare circumstances in which it is used, no longer than 15 consecutive days.  Please click here to read the rest of the letter.

Bradley Maxwell, a native of the U.S. Virgin Islands, has spent most of the last 15 years in “segregation” (solitary confinement) in Virginia prisons.  For the first 10½ years, he was kept in solitary confinement because he refused to cut his hair for religious reasons.  Most recently, he has been in isolation continuously since October 4, 2015, without an explanation of the duration of his isolation or how much longer it will continue.  This is inconsistent with international human rights standards and the Justice Department’s January 2016 guidelines for the use of “restrictive housing.”

Science and Islam are compatible.  Allah commands believers to 1. observe creation, 2. understand and increase understanding and belief in the Creator and appreciation of creation, and 3. use this knowledge to benefit humanity and the world.  Imam Ali Siddiqui will explore the theology and philosophy of Islam as it relates to science, including advances by Muslim scientists, philosophers, mathematicians, and other intellectuals.

The film included interviews of residents and correctional officers at Red Onion prison, a maximum security facility located in Pound, VA.  It is quite unusual for any outsider, let alone a film maker, be allowed in a maximum security prison.  Ms. Kristi’s portrayals of residents in isolation and correctional officers are stunning and moving.  The residents interviewed do not hide the crimes they were convicted of.  The utter brutality and soullessness of the prison comes through over and over again.  Both residents and officers are worn down by the humiliating practices involved in keeping a person in solitary confinement.

Following the screening, Rabbi Feinberg moderated a panel discussion.  The discussants included Ms. Jacobson, Glenn E. Martin, IAHR board member Kimberly Jenkins-Snodgrass, and Five Mualimm-ak.  Both Mr. Martin and Mr. Mualimm-ak gave eloquent and passionate testimony of what it means to have served time in prison and how challenging it is to return home.

Special thanks to IAHR Board members Kimberly Jenkins-Snodgrass and Perry Apelbaum for helping make this event possible. 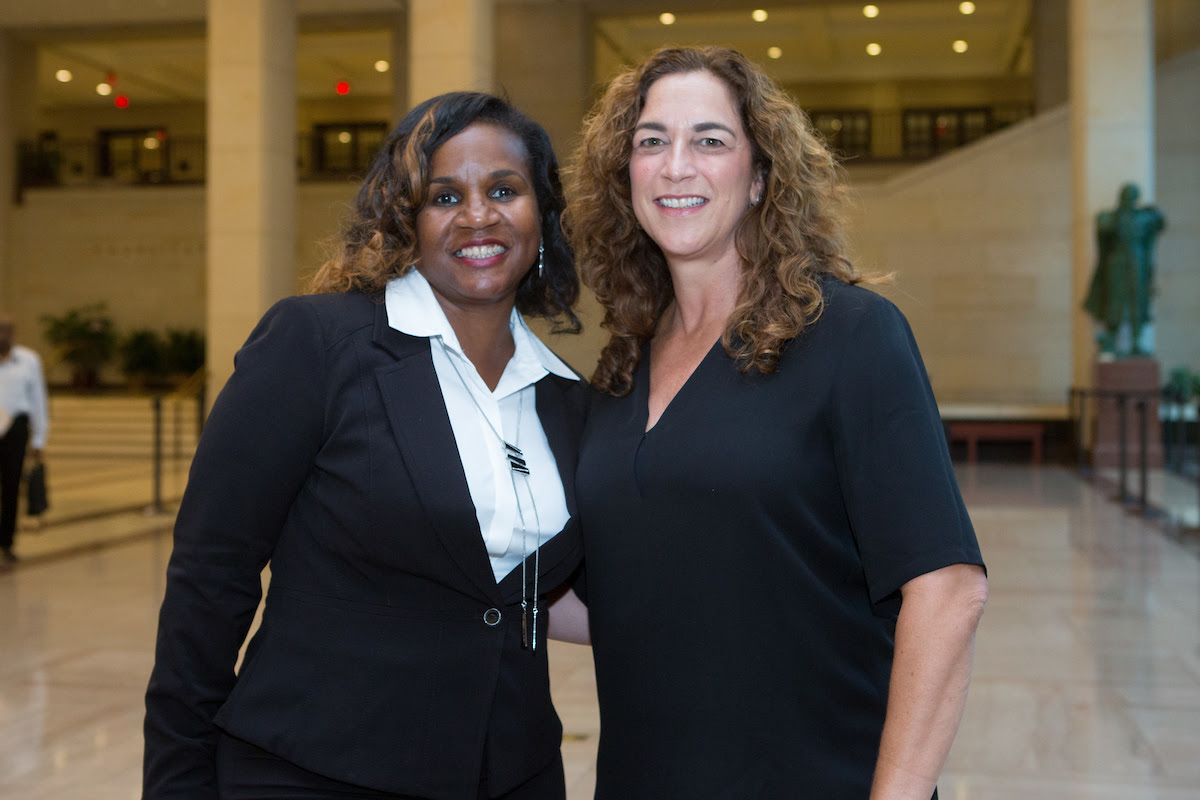 IAHR plans to screen “Solitary” in Richmond, VA at the State Legislature in February. 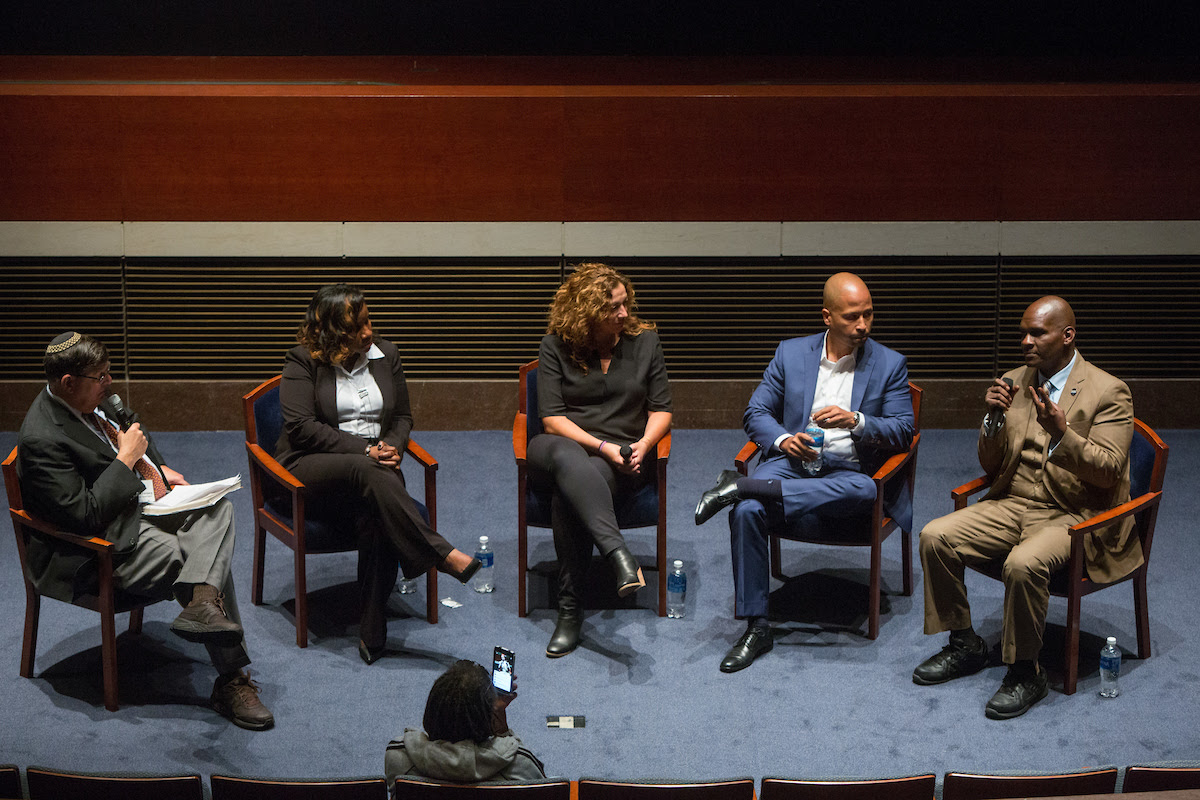 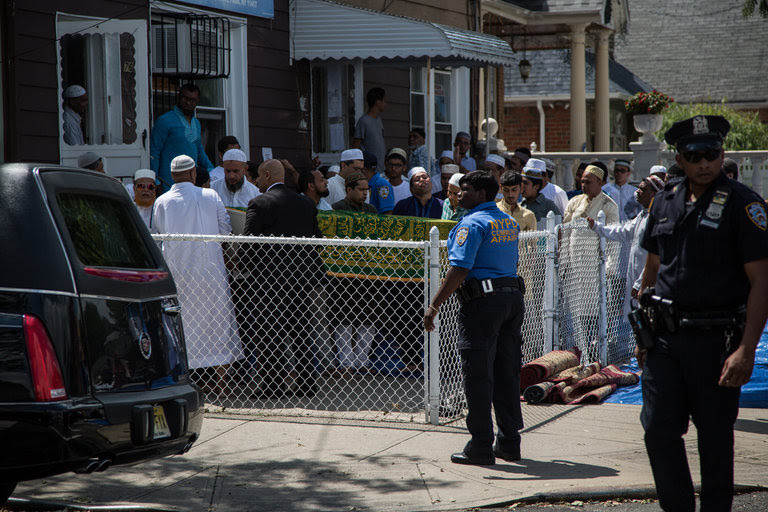 People waited for the coffin of one of two men, an Imam in Queens and his assistant, who were shot dead last month.
(Photo by Christopher Lee of the NY Times)

WASHINGTON-Hate crimes against American Muslims have soared to their highest levels since the aftermath of the Sept. 11, 2001 attacks, according to data compiled by researchers, an increase apparently fueled by terrorist attacks in the United States and abroad and by divisive language on the campaign trail.

The trend has alarmed hate crime scholars and law-enforcement officials, who have documented hundreds of attacks-including arsons at mosques, assaults, shootings and threats of violence-since the beginning of 2015.

While the most current hate crimes statistics from the F.B.I. are not expected until November, new data from researchers at California State University, San Bernardino, found that hate crimes against American Muslims were up 78 percent over the course of 2015.  Attacks on those perceived as Arab rose even more sharply.

Police and news media reports in recent months have indicated a continued flow of attacks, often against victims wearing traditional Muslim garb or seen as Middle Eastern.  Click here for the rest of the article.

Say No to anti-Muslim Bigotry, Purchase a Banner from IAHR.   Click here for details.