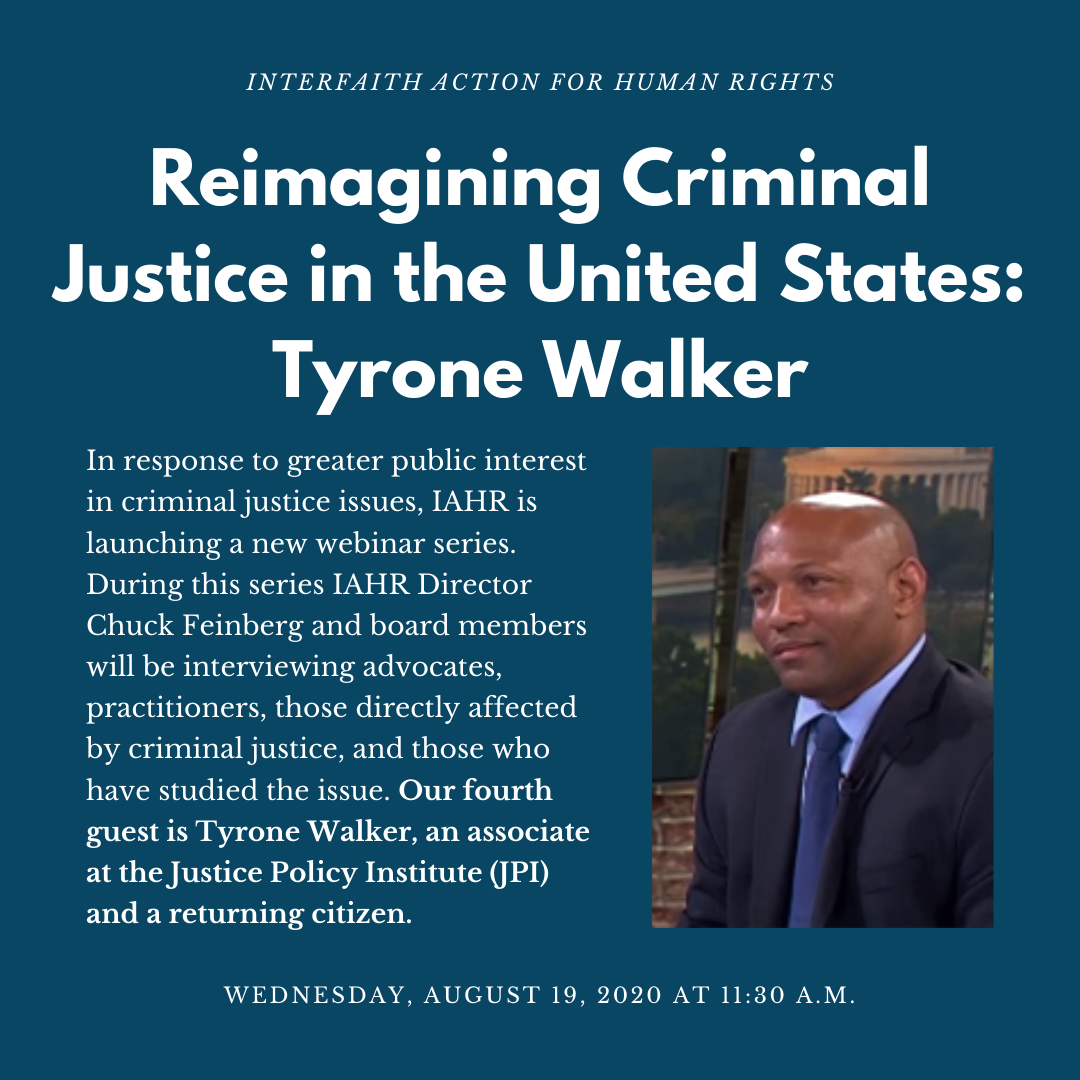 On Wednesday, August 19, 2020 at 11:30 a.m., Tyrone Walker will be our guest. Tyrone is an associate at the Justice Policy Institute (JPI) which is a national nonprofit organization that changes the conversation around justice reform and advances policies that promote well-being and justice for all people and communities. JPI is dedicated to reducing the use of incarceration and the justice system by promoting fair and effective policies.

While incarcerated, Tyrone met his first mentor during his first month of incarceration when he was 19. This mentor recognized Tyrone’s intellect and aptitude, and he empowered Tyrone to take the steps to overturn his initial sentence, shorten the time he would serve, and get his GED. Tyrone tutored other incarcerated men studying for their GEDs, and he took it upon himself to mentor young men in his facility. Recognized for his leadership abilities, he formally became a mentor in the Young Men Emerging Unit, a program in the D.C. Department of Corrections' Central Treatment Facility, which matched young men with mentors. Through this program, Tyrone and his peers mentored a group of 25 young men between the ages of 18-25. Upon being released after serving 25 years in prison, he completed the Georgetown University Pivot Program, during which he served as a Pivot Fellow with JPI. Through his fellowship and now as a full-time Associate at JPI he utilizes his experience, expertise and a passion for prison reform to advocate for change.