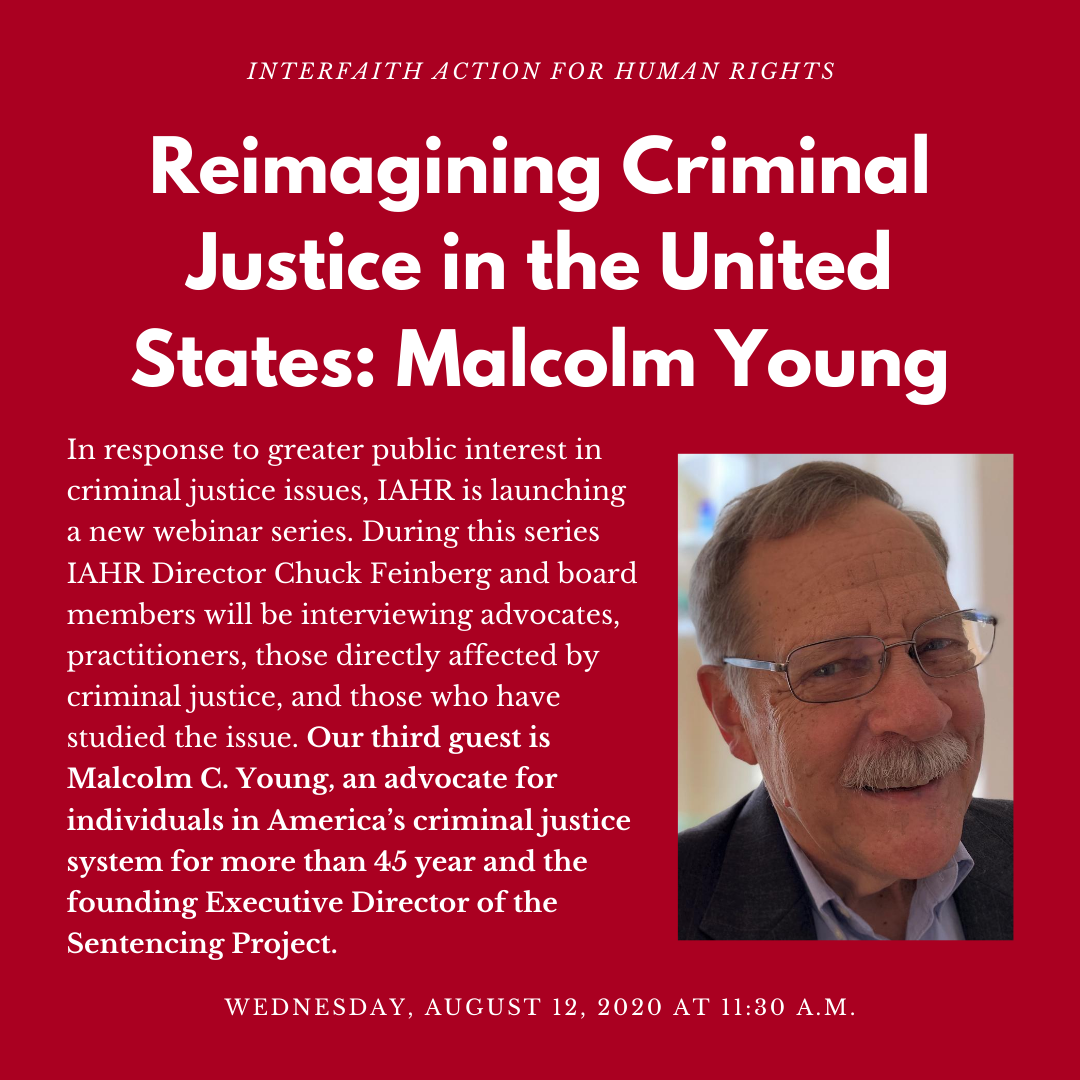 On Wednesday, August 12, 2020 at 11:30 a.m., Malcolm Young will be our guest. Malcolm C. Young has advocated for individuals in America’s criminal justice system for more than 45 years. During his illustrious career, Malcolm served as a defense attorney at a community defender office in Chicago. Malcolm helped found and was for 19 years the executive director of the Sentencing Project which works for a fair and effective U.S. criminal justice system by producing groundbreaking research to promote reforms in sentencing policy, address unjust racial disparities and practices, and to advocate for alternatives to incarceration. Under Malcolm’s leadership the Sentencing Project became a voice against mass incarceration and for justice reform.

In 2005, Malcolm returned to Chicago to direct the John Howard Association providing public oversight of the state’s prison, jails, and juvenile correctional facilities. In 2009, Malcom was awarded a Soros Fellowship to develop innovative approaches to employment-related prisoner reentry. In 2015, Malcolm developed and launched Project Opportunity to provide reentry assistance to persons whose federal sentences for drug law violations were reduced and for individuals whose sentences were commuted by President Obama.