Reducing Segregated Housing: But – What Else Can We Do?

Reducing Segregated Housing: But – What Else Can We Do? 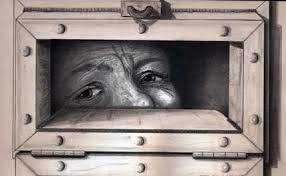 The serious consequences of extended segregated housing – both for the prisoner  subjected to it and for the public safety of his or her future community – have been well    documented. But some would say there is no alternative; prisoners misbehave, and they  must be punished. What else can we do to maintain order in our prisons?

Three major approaches have evidence and experience behind them. Here’s what we can do instead:

1. Use a range of graduated sanctions.

Because of its devastating impact on mental health and social skills, segregation should never be the first option for responding to behavior issues. Lower levels of infractions that do not involve violence toward others can be dealt with through temporary, less severe sanctions. Here are some of the many alternatives to disciplinary segregation identified by the U.S. Department of Justice [1]:

Does this mean correctional officers will be less safe? When Colorado reduced its use of extended solitary confinement, it found that prisoner-on-staff assaults actually declined [2].

Public safety-minded correctional systems are increasing incentives for positive behavior rather than spending their scarce resources responding to discipline problems. For example:

Many states are taking a hard look at conditions within their prisons that lead to hopelessness, anger, violence, and self-harm. Then they are developing innovative programs to change those conditions. If they are successful, prisoners will be more successful in finding jobs and rejoining their families when they re-enter communities. In the short term, prisons will be safer places for both correctional officers and prisoners.

For example: Prisoners with mental illness, especially severe mental illness, often have difficulty complying with prison rules. They may also have a range of challenges in social interactions. Long periods in segregated housing can make even healthy persons develop mental problems; for people who already have them, they just get worse. What can be done?

Vera Institute of Justice also urges prisons to “use communication and de-escalation techniques to resolve conflict [4]." Both prisoners and correctional officers can learn techniques to dial-down conflict situations that can lead to threats and violence. In a striking example:

Prisons and jails can also decrease the likelihood of permanent harm to individuals’ mental health as a result of extended segregated confinement. For example: