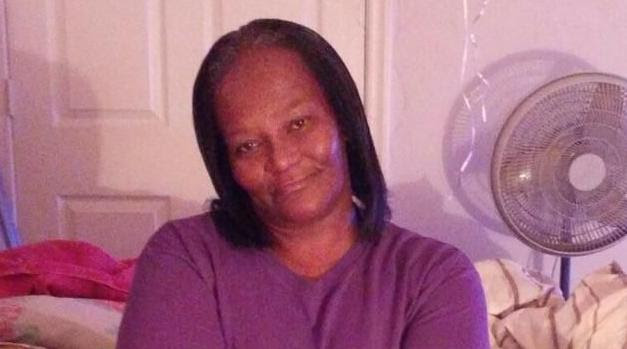 "Officers falsified logbooks in at least four recent Virginia jail deaths by claiming to have made proper checks on inmates when they had not, according to a state investigator reviewing the deaths.

Two officers at the Portsmouth City Jail and two others at the Piedmont Regional Jail near Farmville were fired for the policy violations.

One case in Portsmouth happened under a previous sheriff, Bill Watson. The city’s new sheriff, Michael Moore, has opened an internal investigation.

Information on the deaths and policy violations was shared Aug. 15 at a meeting of the Virginia Board of Corrections by Stephen Goff, an investigator for the board who started work in November reviewing jail deaths.

His position was among two that legislators funded in response to the 2015 death of Jamycheal Mitchell, a 24-year-old mentally ill inmate who wasted away in the Hampton Roads Regional Jail when he should have been transferred to a state mental facility.

Two deaths at the Piedmont Regional Jail in which Goff found policy violations happened under previous superintendent Donald Hunter, who is also a member of the Farmville Town Council. Hunter retired in February from his job at the jail, whose finances are under investigation by Virginia State Police.

The jail where Mitchell died is in Portsmouth, but the cases on which Goff briefed the board happened in the Portsmouth City Jail, which is run by the Portsmouth Sheriff’s Office.

Pamela Riddick died of an accidental overdose in the jail Aug. 23 less than 48 hours after arriving. She was arrested on outstanding warrants after she got in a traffic accident. The charges were grand larceny and obtaining money by false pretenses.

State administrative code requires inmate housing areas to be inspected twice per hour at random intervals. But on Aug. 23, Goff said no observation was done for Riddick between 3:34 and 4:58 a.m. — a period of one hour and 24 minutes.

Riddick’s body was discovered after jail officers started delivering food. Portsmouth police conducted an investigation. A police spokeswoman did not immediately respond on Friday to a request for information about the outcome.

Watson lost a re-election bid to Moore in November. Moore said he isn’t satisfied that the Portsmouth Sheriff’s Office conducted any internal investigation and has decided to initiate one.

“I still think it’s important that I know what happened going forward to make sure that the same things don’t happen again,” he said.

Watson said he believed jail video showed checks were made; when told a state investigator found otherwise, Watson said he could not comment because of possible civil litigation.

Ameka Riddick, a daughter of Pamela Riddick, said the family is still hurting.

“I feel that, my mother, she was neglected, and someone needs to be held accountable for the death of my mom,” Riddick said.

Goff, who reviewed jail video footage, found that a jail officer violated policy by failing to check on Riddick.

The Board of Corrections, a panel of citizens appointed by the governor to oversee policy in Virginia’s jails, will be discussing this and other cases and overseeing further investigation.

An inmate hanged himself in the Portsmouth jail on Jan. 18. An inspection of the inmate had not been done for two hours and 46 minutes, Goff told the board, but an officer recorded in a logbook that the appropriate checks had been made.

“The officer also submitted a false written statement during the internal investigation which I was able to review,” Goff told the board.

Moore, who took office Jan. 1, says he fired the deputy and lieutenant over policy violations. Goff did not name them when he briefed the board, and Moore declined to provide their names.

A female inmate hanged herself on Nov. 18 in the Piedmont Regional Jail. Goff told the board he determined that she had not been observed for two hours and 27 minutes, in violation of policy. False information was entered into the logbook, he said, and the officer was terminated.

Jason Patrick Sisson, 34, was taken to the Piedmont Regional Jail last year to serve nine months on a drug conviction.

A federal inmate, George M. Chute, 35, has been charged with attacking Sisson in the jail.

Sisson was treated at Centra Southside Community Hospital in Farmville and VCU Medical Center and then returned to the jail, where he died.

Chute is awaiting trial in Prince Edward County on a charge of aggravated malicious wounding. The commonwealth’s attorney’s office dropped a charge of second-degree murder.

Goff told the Board of Corrections that Chute was involved in a confrontation just before the assault on Sisson. One inmate from the first confrontation was put in administrative detention, but Chute was not. Chute then attacked Sisson, according to Goff.

Sisson was returned to the regional jail from the hospital with detailed instructions on his medical care, Goff told the board. By policy, the jail’s medical provider must screen all incoming inmates, but Goff found no evidence that the jail did one for Sisson.

Sisson was under orders for 15-minute checks after his return to the jail, and an officer submitted paperwork saying those checks were done from 12:03 to 6:53 a.m. on Aug. 21, the day Sisson died.

“Reviewing the captured video footage, I found that he made no security checks during the entire shift,” Goff told the board. “He falsified the log.”

The officer was fired, and a sergeant was demoted to officer. Goff did not give the board their names.

Goff told the board that the jail’s new superintendent, Jim Davis, has put new people in internal affairs and that the jail now has a policy that if two inmates get involved in a fight, they are both moved to segregated housing.

“They have really been trying to bring it back around,” he said of the current administration.

Hunter, the previous superintendent, did not respond to a voicemail and email sent to the information listed on the Farmville Town Council website.

The U.S. Department of Justice previously investigated the Piedmont Regional Jail, and a 2013 settlement agreement required the jail to fix failings in medical care and mental health care. The order expires Oct. 31.

“It is unfortunate that the Civil Rights Division of the United States Department of Justice has shown a complete lack of interest in continuing to try and remediate the deplorable conditions at the Piedmont Regional Jail,” said Mark Dix, an attorney for the Sisson family, in an email. He called the state investigator’s findings “shocking and distressing.”

In an interview, the attorney said Sisson called his brother and aunt in the two days before he died saying he needed medical help.

Two days before his death, he told his brother he was scared, had blood in his ears and could not hear well, and could not see well out of one eye — and was not getting medical attention, Dix said. In both calls, Dix said, an unidentified jail officer got on the phone to say Sisson would get assistance."

Original Article can be found here.