This month please note there are two important action alerts regarding two incarcerated men in Virginia. In addition, you will find a description of an upcoming event in Baltimore and a report on a program in Arlington, VA.  Finally, you can read a NY Times article about Justice Kennedy and his views on solitary confinement.

Hold the Date-Forum on Solitary in Baltimore on Thursday, June 7, 2018

Several important developments have occurred in the last week in our work on solitary confinement. On May 10, the ACLU of VA held a press conference in Richmond to release its report called, “Silent Justice: Solitary Confinement in Virginia.”  They are a coalition partner of ours (IAHR), and their report includes some information from IAHR (Interfaith Action for Human Rights).

One of the speakers at the press conference was Kimberly Jenkins-Snodgrass, the Vice-Chair of IAHR, whose son Kevin has been at Red Onion for years and recently spent almost 4 years in solitary confinement. On Thursday evening, following the press conference, Kevin was placed back in solitary, ostensibly for trying to escape by kicking his door.  This seems implausible for multiple reasons and appears to be retaliation for his mother's advocacy.  (Kevin was close to being transferred to a lower security prison and would have had no reason to be disruptive. Here are links to an article from the Richmond Times-Dispatch about the press conference, as well as a follow-up article about Kevin.  This follows on the heels of a reported assault by guards against Red Onion inmate Michael Lawrence. See below.

It would be very helpful if you could take a moment to call or send a brief message to your state delegate and your state senator expressing concern about these developments.  Encourage them to read the ACLU report about solitary confinement in Virginia that was issued on May 10. Say that you are aware that the son of one of the advocates who spoke at the report's launch (Kevin Snodgrass #1203403, son of Kimberly Jenkins-Snodgrass), was placed in solitary confinement on the evening of May 10 and that you are concerned this may be retaliation for his mother's advocacy.

In addition, please write Governor Northam supporting the ACLU-VA’s request for an independent investigation of this and other reports of retaliation against inmates who are the focus of attention by prison reform advocates. Please let IAHR know if you get a response. If you don't know who your state legislators are, you can find out by clicking here.

Interfaith Action for Human Rights is concerned about Michael Lawrence, who is incarcerated at Red Onion State Prison. Please contact the officials listed below and share this with others you know.  It would be helpful to have a mixture of letters, emails, and phone calls.

Michael Lawrence (#1023287) has been in solitary confinement ("segregation") for more than 16 years.  He is 60 years old and is serving a life sentence at Red Onion State Prison in Wise County, VA.  Virginia has a "step-down" program to help people transition out of long-term segregation, but Michael Lawrence has been unable to complete the program.  He states that, each time he has a status review, he is told he has received too many “poor” ratings, but no one has told him what exactly he scored poorly on.  (The Department of Corrections has confirmed to IAHR that prisoners are not allowed to see these ratings, which are the basis for their progress or lack of progress within the "step-down" program.)  When he tried to file a grievance about his failure to advance in the "step-down" program, he was told this is not grievable.

Michael Lawrence states that staff has harassed him with racist epithets, has tampered with his food, and told him he will be given negative ratings at each status review so that he will never get out of segregation.  He names other prisoners who have witnessed these statements.

Michael Lawrence also claims to have serious medical problems for which he is not receiving appropriate treatment.

Please Urge VDOC Officials to Conduct a Serious Investigation of Michael Lawrence’s Allegations. Please include some or all of the following points:

PLEASE WRITE TO OR PHONE THE FOLLOWING VDOC OFFICIALS:

Hold The Date-Forum on Solitary in Baltimore on Thursday, June 7, 2018

IAHR plans to hold a series of forums on solitary confinement in Maryland state prisons. The first forum will be at Beth Am Synagogue, 2501 Eutaw Place, Baltimore, MD on Thursday, May 7 at 7 p.m.  Featured speakers will be Lauren Young, Director of Disability Maryland, Toni Holness, Public Policy Director of ACLU in Maryland, and a returning citizen whose name will be announced before the event.  Rabbi Feinberg will be introducing the program and moderating the discussion.

IAHR will also be setting up forums in July in Frederick, Maryland and in August in Prince George County. Please RSVP by clicking here.

On Sunday afternoon, May 6, 50 people attended the screening of the HBO film, “Solitary” at the Unitarian Universalist Church of Arlington.  Following the serving of refreshments and the screening, Rabbi Feinberg moderated a panel discussion with Johnny Perez, Director of the U.S. Prison Program for the National Religious Campaign Against Torture and Kimberly Jenkins-Snodgrass, vice-chair of IAHR and a parent of a Red Onion inmate. 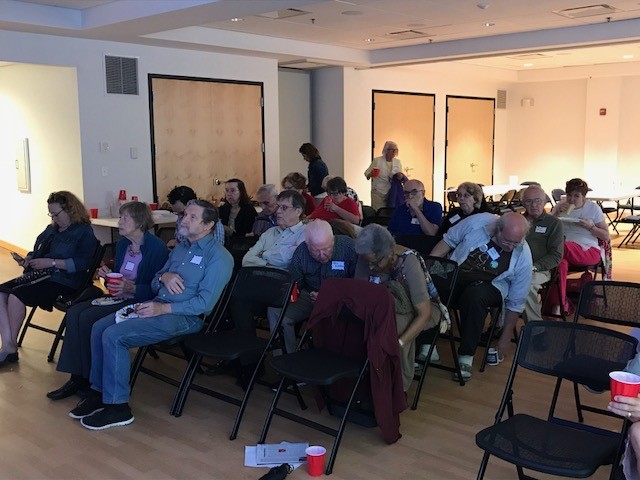 The discussion was intense and spirited with the audience asking many questions.  Kimberly Jenkins-Snodgrass spoke about the travails of her son, Kevin (see above) which included four years in solitary confinement.  Both Johnny and Kimberly made the point that confining someone in solitary is a basic punitive measure of prison authorities. Too often correctional officers and administrators resort to solitary as a first resort instead of a last resort. Too often solitary ends up lasting months and even years instead of for a short specific time such as 2 to 7 days.   (Photo of Audience)

WASHINGTON — Justice Anthony M. Kennedy is a fierce critic of solitary confinement. “It drives men mad,” he said in 2015 at Harvard Law School.

He attacked the practice in a 2015 concurring opinion. “Years on end of near total isolation exact a terrible price,” he wrote, noting that “common side effects of solitary confinement include anxiety, panic, withdrawal, hallucinations, self-mutilation, and suicidal thoughts and behaviors.”

Justice Kennedy concluded that opinion with an unusual request, inviting lawyers to file appeals challenging the constitutionality of prolonged isolation. The requested appeals arrived, but the Supreme Court has so far turned them down. The court, which typically moves in measured increments, may not want to take on a question as broad as whether extended solitary confinement is cruel and unusual punishment barred by the Eighth Amendment.

But the court will soon consider whether to hear appeals raising a much narrower question: Do prisoners held in solitary confinement have a right to regular outdoor exercise? 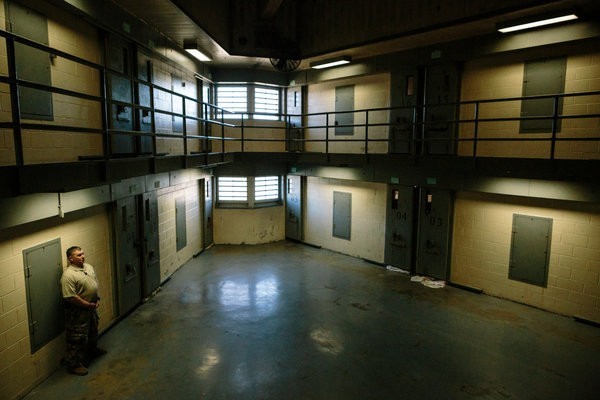 As it happens, Justice Kennedy has already answered that question. Almost 40 years ago, not long after he became a federal appeals court judge, he wrote that prisoners held in solitary confinement have a constitutional right to a little fresh air once in a while.

“Some form of regular outdoor exercise is extremely important to the psychological and physical well being of the inmates,” he wrote in 1979 for a unanimous three-member panel of the United States Court of Appeals for the Ninth Circuit, in San Francisco. “It was cruel and unusual punishment for a prisoner to be confined for a period of years without opportunity to go outside except for occasional court appearances, attorney interviews and hospital appointments.”

Justice Kennedy, who joined the Supreme Court in 1988, may now have the opportunity to establish that principle nationwide. (Photo-Solitary Confinement in Springfield, Alabama).