This month's newsletter includes an announcement of the next "Forum on Solitary Confinement in Maryland" in Frederick, an update on IAHR's spring fundraising drive, a book review of Insane: America's Criminal Treatment of Mental Illness by Alisa Roth, and an excerpt of an interview of Alisa Roth by Dave Davies of Fresh Air.

Forum on Solitary Confinement in the State of Maryland

Behind Bars, Mentally Ill Inmates Are Often Punished For Their Symptoms

Forum on Solitary Confinement in the State of Maryland

Refreshments will be served.

Wendell France’s career in law enforcement began in 1970 as an officer with the Baltimore Police Department. He served for 27

years and retired as a Commanding Officer of the Eastern District, where his leadership resulted in an overall 42% reduction in crime.  In 1997, Wendell began work with Maryland Department of Public Safety and Correctional Services as an Assistant Warden at the Baltimore Central Booking and Intake Center. He later served as the Commissioner of the Pretrial Detention and Services Division before he rose to the position of Deputy Secretary.  Mr. France is currently President of France-Booker Consulting Group, L.L.C.

and returning citizens and supported by multiple advocacy organizations, advocates and concerned constituents. Ms. Magers is a directly impacted family member and has been a member of the MPRC for two years becoming its Leader in 2017. She is also the President/CEO of Justice and Recovery Advocates Inc., a non-profit organization that supports families of and systems-involved individuals suffering from mental health and substance use disorders.

Marcus Lilly is a University of Baltimore college student and self proclaimed Transformation Advocate. As a former incarcerated citizen who has turned his life around, he also advocates for prison reform. He is the author of The Marshall Project's article, "Finding College by Way of Prison." He has been a guest speaker at the University of Baltimore and Georgetown University. His

goal is to become a mentor and share his story of transformation with high-risk youth. Marcus is a member of the Maryland Prisoners' Rights Coalition.

Rabbi Charles Feinberg (moderator) is the executive director of Interfaith Action for Human Rights. Rabbi Feinberg has served four different congregations in Wisconsin, New York, British Columbia, and Washington, DC.  He is the past chairperson of the Social Action Committee of the Rabbinical Assembly and the past co-chair of T'ruah, the rabbi

IAHR launched its June fundraising drive at the end of May with an ambitious goal of raising $15,000 in order to match the IAHR Board’s commitment to donate $15,000.  By the beginning of July, 120 supporters donated $15,010.  With this support IAHR can continue to plan programs and advocacy in Maryland and Virginia.  The IAHR Board is very appreciative and grateful for the support that you have shown.  May IAHR continue to grow and go from strength to strength.

Earlier this summer I read Alisa Roth’s book, Insane: America’s Treatment of Mental Illness.  Roth is an inexperienced journalist who worked for a number of years at NPR’s Marketplace program.  She took time off from Marketplace to do research on the history of the relationship between American mental institutions and American prisons. There is a relationship! It only takes a few seconds to realize that prisons are often called penitentiaries. In the 19th century, prison reformers hoped that by isolating law breakers they would reflect on their misdemeanors or crimes and become penitent, truly sorry for their misdeeds.

Roth comes to a few salient conclusions about the history of how our society deals with the mentally ill and those convicted of crimes. Her first conclusion is that we have never properly funded mental health programs or prisons so that they can be effective in helping their clients change their behavior and make different decisions about the direction of their life.

Her second conclusion is that our prisons have taken the place of the mental health hospitals that were closed a generation or two ago. While the mental health hospitals had often become dumping grounds for the chronically ill, many of them did try to treat their patients. Today, our prisons are filled with mentally ill people. There is hardly any treatment and the mentally ill are placed in a frightening place making them more likely to act out. While no one knows exactly how many people with mental illness are incarcerated, it is estimated that half the prison population has some kind of chronic mental illness or other disability.

Roth devotes a whole chapter to how solitary confinement affects the mentally ill. She describes how correctional officers use solitary confinement as a way to enforce discipline in the prison. If an inmate breaks a rule or threatens another inmate or an officer, prison officials retaliate by placing the offender in solitary. Since solitary deprives a person of whatever freedom an inmate has in prison, prison authorities view it as a deterrent to bad behavior.

But solitary does not usually act as deterrent for the mentally ill. If a person is paranoid, placing someone in solitary will only intensify the paranoia. Instead of allowing a person to calm down, solitary provokes the mentally ill to become more agitated and more scared. When a paranoid person becomes more scared, they act in irrational ways, often becoming violent and more out of control.

Alisa Roth’s Insane: America’s Criminal Treatment of Mental Illness is a masterful study of how the mentally ill have become locked up in prisons instead of hospitals in the United States. At the close of the book, Roth reports on several experiments initiated by judges and prosecutors to deal with the addicted and the mentally ill. The experiments are promising. But the overriding question is: do we as a nation really care about helping those who are ill or have committed a crime?

Below you will find an excerpt from an interview that Dave Davies conducted with Alisa Roth on NPR’s Fresh Air.

Behind Bars, Mentally Ill Inmates Are Often Punished For Their Symptoms

By some accounts, nearly half of America's incarcerated population is mentally ill — and journalist Alisa Roth argues that most aren't getting the treatment they need.

Roth has visited jails in New York, Chicago, Los Angeles and Atlanta and a rural women's prison in Oklahoma to assess the condition of mentally ill prisoners. She says correctional officers are on the "front lines" of mental health treatment — despite the fact that they lack clinical training. 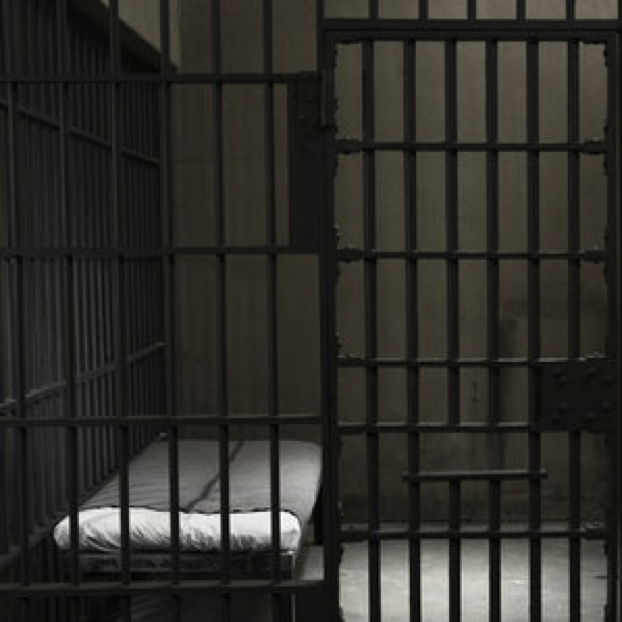 "Most of [the correctional officers] will talk about how this is not what they signed up," Roth says. "Most of them have not had much training in dealing with mental illness — or they've had none at all."

Roth witnessed high-risk prisoners in solitary confinement or chained up or wearing restrictive jumpsuits — which tended to exacerbate the prisoners' distress.

Therapy, when available, was often conducted under stressful conditions. Roth describes one session in the Los Angeles County jail that took place through the slots of a cell door — forcing the prisoner and therapist to yell to be heard.

"The entire [jail] tier can hear everything that you're saying," Roth says. "Especially in a place where showing any weakness can be really dangerous ... people are particularly unlikely to disclose anything personal or her that would make them vulnerable."