Send an Appeal Requesting the Release of Ahmed Abdul Aziz

IAHR is providing support for the release of Ahmed Abdul Aziz. In 2009, he was cleared for transfer.  We encourage local individuals and congregations to support him by writing appeals to US authorities.

Simple messages of concern (without reference to politics or religion) may also be sent to Ahmed Abdul Aziz at: 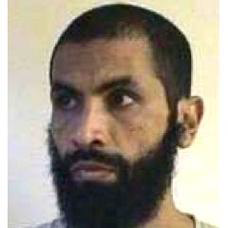 OSD Office of Rule of Law and Detainee Policy

Members of Congress should also be urged to oppose the enactment of legislative measures restricting the ability of executive branch officials to transfer out of Guantanamo those detainees whom the government does not intend to prosecute.

Mauritanian national Ahmed Abdul Aziz has been imprisoned at Guantanamo Bay, Cuba, without charge or trial since October 2002, despite being approved for transfer in 2009.  Ahmed Abdul Aziz alleges that, while in U.S. custody at Bagram Air Force Base in Afghanistan and at Guantanamo, he was subjected to torture or other cruel, inhuman or degrading treatment.

Ahmed Abdul Aziz was working as an Arabic language teacher in Pakistan when he was seized by Pakistani intelligence agents during a raid on his home on July 25, 2002.  He was held for about 2 weeks by the Pakistani authorities.  Then, like hundreds of other Arab men who were sold by Pakistanis and Afghans to the U.S. for bounty money of between $3,000 and $5,000 per head, he was handed over to U.S. custody and sent to Bagram Air Force Base in Afghanistan.  At Bagram, according to his attorney, Ahmed Abdul Aziz was tortured, including by having his hands tied behind his back and then being hung by his wrists until his shoulders were pulled out of their sockets, resulting in dislocation of his shoulders; dogs were set on him and he was badly bitten.  In addition, he was allegedly forced to watch soldiers desecrating the Quran as they played football with it.

On October 28, 2002, Ahmed Abdul Aziz was transferred to Guantanamo.  According to his attorney, Ahmed Abdul Aziz “has suffered a catalogue of abuse,” including being beaten so badly by a party of up to six armored guards known as the Emergency Reaction Force that his knee, shoulder, and ankle were dislocated and his hands were broken; being kicked and punched in the face; being knocked unconscious when slammed against the edge of a concrete bed, and being held in isolation for long periods, including for more than 12 months during 2008 and 2009.

Ahmed Abdul Aziz’s wife was also taken into custody during the house raid.  Sabiha Awad Adramy spent more than 6 months in prison, during which Pakistani authorities interrogated her about her husband and his activities.  During her imprisonment, she learned that she was pregnant.

In 2009, a task force established under President Obama to review the Guantanamo detentions approved Ahmed Abdul Aziz for transfer out of the detention center.  This decision required unanimous agreement by representatives of the Departments of Defense, Justice, State, and Homeland Security, as well as the Office of the Director of National Intelligence and the Chairman of the Joint Chiefs of Staff.

According to his attorneys, Ahmed Abdul Aziz was subjected to abusive interrogation procedures at Guantanamo during which he was threatened and told that his wife would be raped.  He was allegedly short-shackled (chained to the floor), denied food and prevented from praying; and subjected to temperature manipulation (where he was left in a room almost naked with the air conditioner turned on high).  Strobe lights were used to disorient him, and he was subjected to many hours of heavy metal music blasted at full volume.

Ahmed Abdul Aziz’s attorney reports that, as a result of his treatment at Guantanamo, Ahmed suffers from medical problems, including stomach ulcers that cause him to vomit blood, back problems (the result of a soldier standing on his back while he was beaten), rheumatism, arthritis in both legs, the loss of sensation in his thumb for almost 5 years, constant migraines that prevent him from eating, and constant pain in his kidneys.  He has continually been refused medical care.

According to his attorneys, Ahmed Abdul Aziz wants to be reunited with his wife and son and other family members in Mauritania.  His family has pledged to do all they can to support him and help him recover.