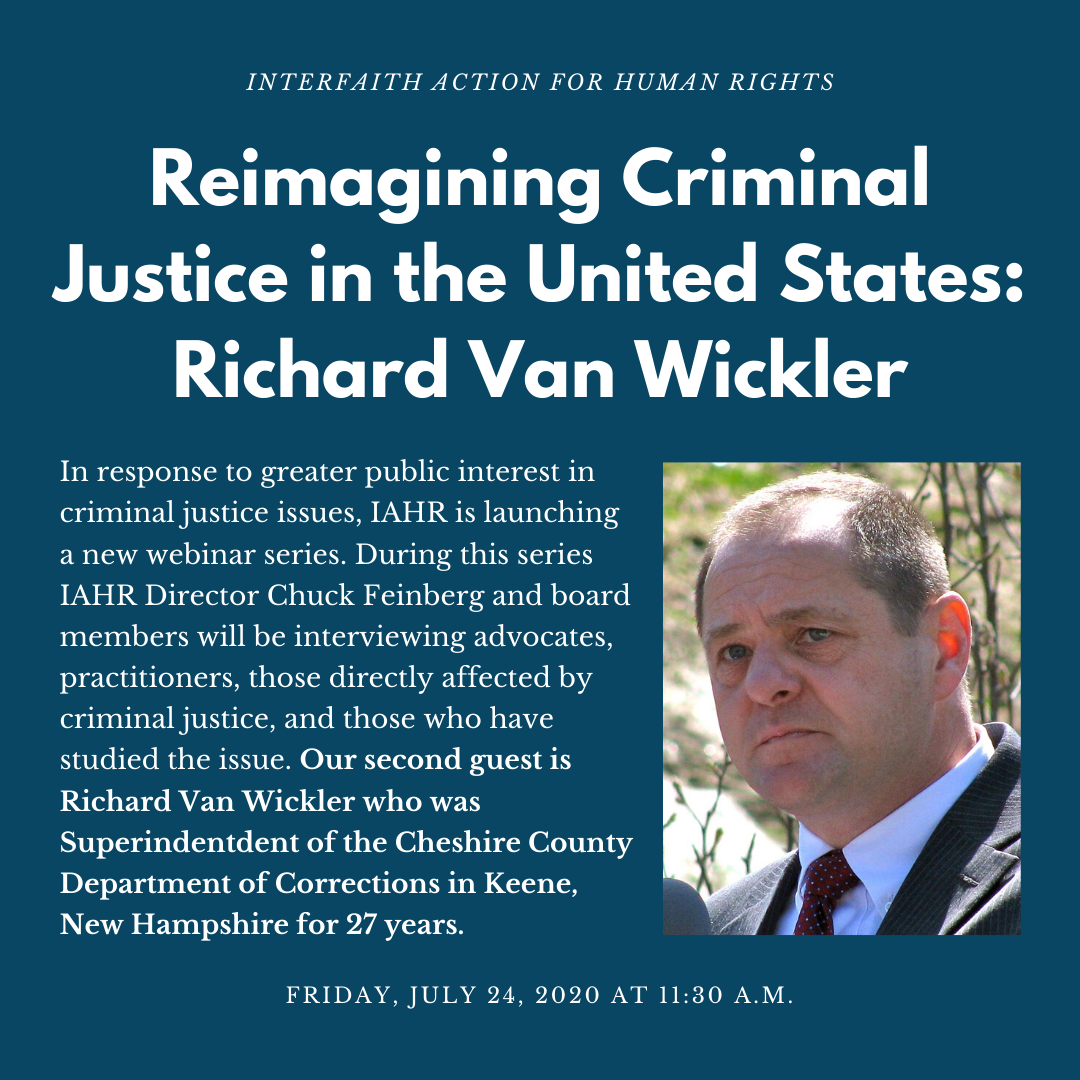 Next in our series, on Friday, July 24, 2020 at 11:30 a.m., we will be interviewing Richard N. Van Wickler who was the Superintendent of the Cheshire County Department of Corrections in Keene, New Hampshire for 27 years.  Mr. Van Wickler is a veteran of the United States Army and served in the U.S. Army Reserve for 23 years. Mr. Van Wickler as superintendent of a county jail limited the use of solitary confinement and introduced many humane reforms into the jail.  Mr. Van Wickler has appeared in the documentary, “Incarcerating US” and has spoken about drug policy reform in many public forums.  Mr. Van Wickler is the past chairman of Law Enforcement Action Partnership (LEAP). LEAP is a 501(c)(3) nonprofit of police, prosecutors, judges, corrections officials, and other law enforcement officials advocating for criminal justice and drug policy reforms that will make communities safer and more just. He was also a leader of the New Hampshire Coalition to Abolish the Death Penalty which was achieved in 2019.  He is also a Board Member of the ACLU of New Hampshire and a member of the New Hampshire Association of Counties Correctional Officer Certification Board.