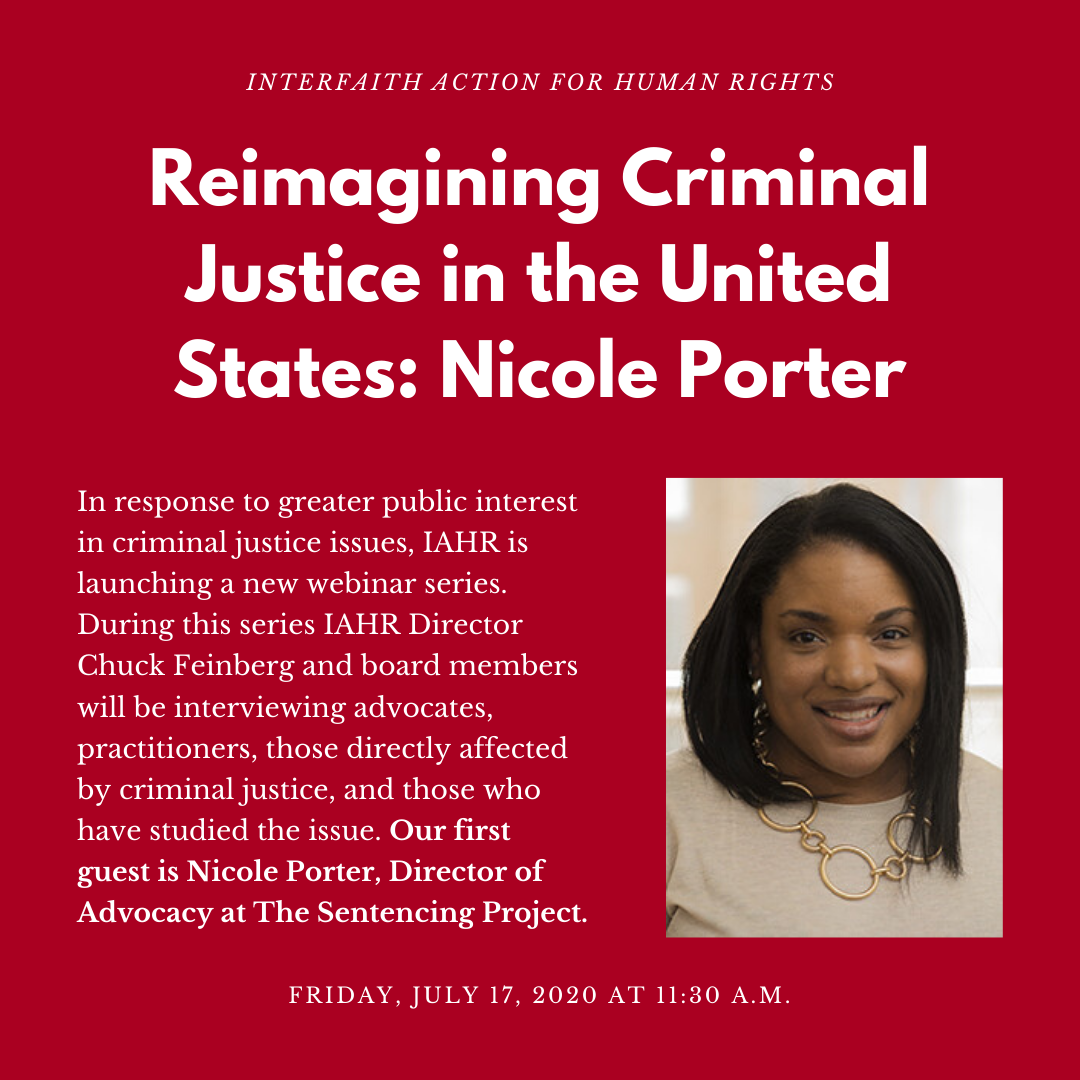 First in our series, we will be interviewing an advocate and practitioner.  On Friday, July 17, 2020 at 11:30 a.m., Nicole Porter will be our guest.  Nicole is Director of Advocacy at The Sentencing Project where she manages The Sentencing Project’s state and local advocacy efforts on sentencing reform, voting rights, and eliminating racial disparities in the criminal justice system. Her advocacy has supported criminal justice reforms in several states including Kentucky, Missouri, and California. Porter was named a "New Civil Rights Leader" by Essence Magazine for her work to eliminate mass incarceration.

Since joining The Sentencing Project in 2009, Porter's work has been cited in several major media outlets including the New York Times, Washington Post, and National Public Radio. She has given a number of talks on state sentencing policy, collateral consequences, and racial disparity to various audiences including the League of Women Voters, NAACP, and the United Methodist Women's Assembly.