Since Thanksgiving falls next week, Hanukkah the following week, and Christmas a month later, IAHR does not have any programs scheduled for the next five weeks. This month’s newsletter will include a letter from a pen pal and three articles that are of great interest and germane to IAHR’s mission.

The first article includes a letter from an incarcerated man and Rabbi Feinberg’s response urging people to become a pen pal.

The second article comes from the Washington Post and it reports that the upcoming lame duck Congressional session may pass a criminal justice reform bill. Pay attention to who is advocating on behalf of the bill and its provisions.

The third article comes from the magazine Scientific American, a journal we usually don’t quote. The article highlights efforts of neuroscientists to ban the use of prolonged isolation in our prison system. Their advocacy is based on their research on the deleterious effects of prolonged isolation.

The fourth article comes from a non-profit called the Prison Policy Initiative. It highlights different reform efforts on parole judging some as progressive and others as detrimental to healing the many wounds in our society.

Excerpts from a letter from Anthony Glenmore

I don’t know how to begin this letter and surely don’t know how it will end. My heart goes out to you, and the whole Jewish community surrounding the Tree of Life shooting…

Everything in our past and everything in our future is the result of a badly broken world. I always say, “there’s no limitation regarding hate.” Our world suffers not only from physically (sic) needs but also from spiritual brokenness. The sheer volume of human suffering can undercut and numb even the best intentioned among us. Will we ever reach common ground, with mutual love and support? Is it possible to set aside irreconcilable differences when so much seems to be at stake?

On a daily basis, I find myself being caught in social, political, and religious conflict. I’ve come to understand that conditions of conflict can actually become occasions to remember when there are some things more important than our own ideas, faith, and belief.

The value of life mean(s) more than what I believe in. From the holocaust, 9/11, jihad, to the Tree of Life shooting, there’s no difference, hate is hate. Only way to avoid a threatening evil is to believe in your higher power, but put life first. With love, respect, and blessings…

I was very touched by Mr. Glenmore’s letter. Once again it points out to me how many precious souls are isolated in often brutal conditions in state or federal prisons. Mr. Glenmore is incarcerated at the Federal Penitentiary in Lewisburg, PA. This prison has been in the news for brutalizing many men. There are many other men and women like Anthony Glenmore who would eally appreciate a pen pal. 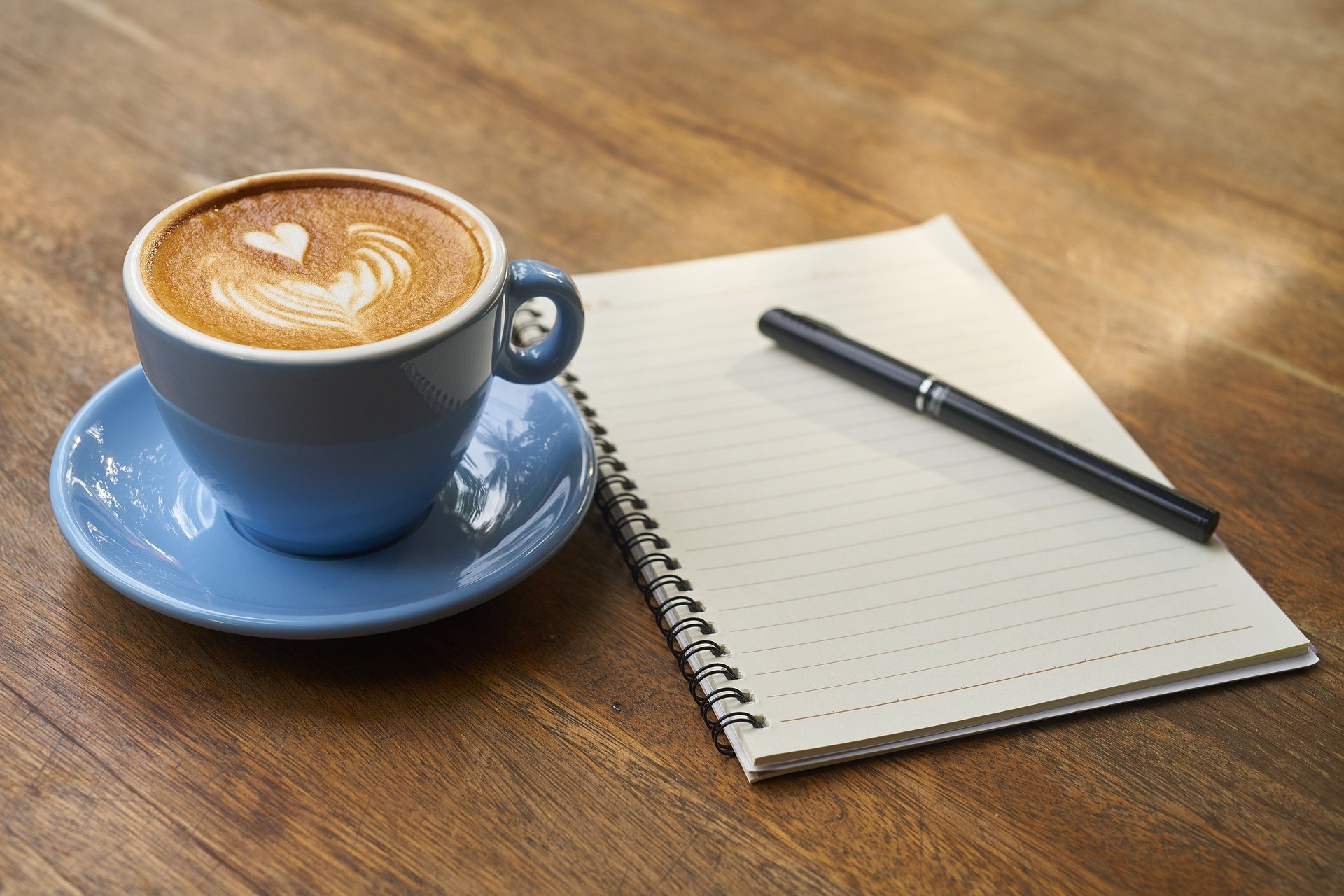 Please consider signing up for our pen pal program. We have over 50 incarcerated men waiting for a pen pal. We ask our pen pals to write at least once a month for a year. We also ask that every pen pal participate in an online orientation. To register for the orientation on Wednesday, November 28 at 7 p.m., click here. To seek more information please contact John List.

Please consider joining our group of over 100 people who are pen pals to men and women incarcerated in federal prisons.

Power Up: Criminal Justice Reform. It's What's on the Table this Lame Duck Session

CRIMINAL JUSTICE REFORM IN THE LAME DUCK?: “We definitely think it's going to get done now,” Mark Holden, the vice president and general counsel of Koch Industries, told Power Up in an interview about the prospects of a criminal justice reform bill in Congress's lame duck session starting tomorrow.

'The First Step Act' Round II: A skinny version of the bipartisan bill authored by Reps. Doug Collins (R-Ga.) and Hakeem Jeffries (D-N.Y.) that incentivizes prisoners to complete reentry programs and prohibits female inmates from being shackled while in labor, easily passed the House this past May. This week, lawmakers will introduce an amended bill with four additional parts that addresses sentencing reform, prompting Majority Leader Mitch McConnell (R-Ky.) to take a whip count.

Holden outlined the four things (mostly pulled from a bill that Sens. Chuck Grassley (R-Iowa) and Dick Durbin (D-Ill.) co-authored known as the “Sentencing Reform and Corrections Act.") But he added that Congress is still tweaking the final language:

Holden conceded there is opposition to the bill (ahem, Sen. Tom Cotton (R-Ark.)) but said that ultimately what matters most is that President Trump supports the efforts.  And things will get easier with Sessions, the administration's single biggest obstacle to reform, no longer in the top spot at Justice.

Prolonged social isolation can do severe, long-lasting damage to the brain 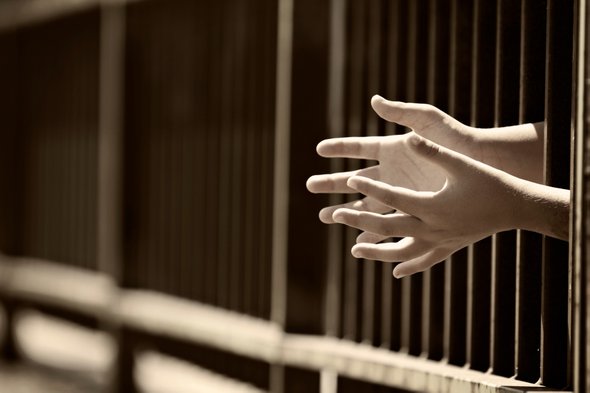 He was part of the “Angola Three”—a trio of men kept in solitary confinement for decades and named for the Louisiana state penitentiary where they were held. King was released in 2001 after a judge overturned his 1973 conviction for killing a fellow inmate. Since his exoneration he has dedicated his life to raising awareness about the psychological harms of solitary confinement.

“People want to know whether or not I have psychological problems, whether or not I’m crazy—‘How did you not go insane?’” King told a packed session at the annual Society for Neuroscience meeting here this week. “I look at them and I tell them, ‘I did not tell you I was not insane.’ I don’t mean I was psychotic or anything like that, but being placed in a six by nine by 12–foot cell for 23 hours a day, no matter how you appear on the outside, you are not sane.”

There are an estimated 80,000 people, mostly men, in solitary confinement in U.S. prisons. They are confined to windowless cells roughly the size of a king bed for 23 hours a day, with virtually no human contact except for brief interactions with prison guards. According to scientists speaking at the conference session, this type of social isolation and sensory deprivation can have traumatic effects on the brain, many of which may be irreversible. Neuroscientists, lawyers and activists such as King have teamed up with the goal of abolishing solitary confinement as cruel and unusual punishment.


Should Prosecutors and Survivors Have a Voice in Shortening Long Sentences?

It’s become habit to consult prosecutors and victims during the release process. States should break that habit.

While working on an upcoming report about how to shorten long prison sentences, I was disappointed to see that the same experts urging reform are reflexively endorsing part of the status quo. Criminal justice researchers are finally urging states to change how they consider release for individuals with lengthy prison sentences. However, these reformers continue to recommend that states solicit the input of prosecutors and survivors when making release decisions.

These recommendations reflect established practice rather than progressive policy. States should leave decisions about an individual's release to professionals who understand that person's behavior and needs.

Why should prosecutors have a role in the "mercy" process?

The deference shown to prosecutors reaches every aspect of the criminal justice system. Even the reformers who recommend consulting prosecutors on parole decisions and second-look sentencing, however, fail to explain why their involvement is needed in these post-sentencing processes. It strikes me as counterintuitive that the official responsible for seeking someone's

lengthy sentence should be consulted about that person's release, yet those recommendations continue.