This month's newsletter includes a note from Rabbi Feinberg, three action items, and a news article on the deplorable lack of medical care at the Fluvanna Women’s Correctional Center for Women in Troy, VA.

The action items include registering for Advocacy Day in Annapolis, writing VA delegates to support HB 1642, and writing to officials of the VA Department of Corrections to transfer two men out of solitary confinement.

A Note of Gratitude

I am happy to report that IAHR exceeded its fundraising goals for 2018.  We raised $10,000 more than we budgeted!  I am full of gratitude to you our supporters for the confidence and trust you have shown in our board and in me.  With the funds we have raised we have been able to expand our work in both Maryland and Virginia.  Because of your generosity, for the first time, we have engaged a professional advocate to shepherd our legislation in Annapolis during the 2019 session.  This newsletter gives many excellent examples of how our work has grown on behalf of incarcerated people in Virginia and Maryland.  In a future newsletter, we will be reporting on our work on behalf of DC residents in the Bureau of Prisons and the DC Jail.

Once again, on behalf of the IAHR Board of Directors, I thank you for your generous support.

Please join us in our campaign to end Solitary Confinement

Legislation: Three bills (but no official numbers yet):

Bill #1: to ban direct release from solitary to the public (with some exceptions, especially for the health of the inmate), sponsored by Senator Will Smith and Delegate Jazz Lewis.

Bill #2: to limit the number of consecutive days in a given year that an inmate may be held (15 days is the recommendation from research and Corrections guidelines), sponsored by Senator Susan Lee and Delegate Jazz Lewis.

Bill #3 (in collaboration with NARAL Pro-Choice Maryland and Reproductive Justice Inside (RJI) taking the lead) ban on involuntary medical isolation of pregnant and post-partum incarcerated women.

Parking: Gotts Court Garage (best entrance is 25 Calvert Street, next door to a cash only garage) is the closest. There are also other options that we will send closer to the date.

3pm: Conclusion of the day (with many thanks!)

(In the "Comments" box, please indicate your your district's senator and delegate.)

Closer to the date we will provide summaries of the IAHR bills and the bills themselves, more parking information and a fact sheet on solitary. NARAL Pro-Choice Maryland and RJI will also have more information for you about their bill to benefit pregnant and post-partum incarcerated women

If you have any questions in the meantime, feel free to contact Suzanne O’Hatnick via text or voice to 443-721-6518 or email at [email protected].

The Virginia Coalition on Solitary Confinement, chaired by IAHR’s Secretary, Gay Gardner, is happy to announce that a reporting bill has been introduced in both the Virginia House of Delegates and Senate.

HB 1642 would require the Virginia Department of Corrections (VDOC) to report annually to the Governor, the General Assembly, and the public certain specific categories of data about who is in solitary confinement, whether they have mental illness or are otherwise members of a vulnerable population as defined by the bill, for how long, and for what reasons, as well as the number of people who are released directly into the community from solitary.

This is a modest bill that simply requires a modicum of transparency about practices that have always been far too opaque.

IAHR is grateful to Delegate Hope for his leadership on this issue and for patroning this bill.  IAHR also thanks Delegate Kory for her co-patronage, as well as Senators Marsden, Favola, and Ebbin, among others.

IAHR and the Virginia Coalition on Solitary Confinement is asking all Virginia residents to write the members of the House of Delegates Militia, Police, and Public Safety Committee.  A list of committee members with their email address can be found by clicking here.

Please send an email letter asking the Delegates to support HB 1642. Here is a sample letter:

Please support the passage of HB 1642. The bill requires the Virginia Department of Corrections (VDOC) to report annually to the Governor, the General Assembly, and the public data about who is in solitary confinement, whether they have mental illness or are otherwise members of a vulnerable population as defined by the bill, for how long, and for what reasons, as well as the number of people who are released directly into the community from solitary.

As a Virginia taxpayer, I believe the VDOC, like other state agencies, should be accountable to the public, and there can be no accountability without access to information. The VDOC is proud of its practices and claims to have dramatically reduced the use of prolonged isolation in state prisons. Therefore, they should have no objection to a requirement that they collect and publish this information. Please support HB 1642.

IAHR is concerned about Michael Kelley #1190718 and Curtis Garrett #1546886, who are in solitary confinement at Sussex I State Prison.  Please contact the DOC officials listed below and urge them to expedite the removal of these men from solitary confinement/"restrictive housing" and transfer them to a setting where they can receive effective medical treatment without damage to their mental health.  Details are provided below the list of officials.

Gay Gardner, IAHR Secretary and Chairperson of the Virginia Coalition on Solitary Confinement

Michael Kelley #1190718 was transferred from Red Onion to Sussex I State Prison in October 2017 and has been in solitary confinement ("restrictive housing") since then.  The reason for his transfer was ostensibly so that he could receive medical treatment at VCU.  He told IAHR that he was nearing completion of the Step-Down Program immediately before his transfer, but his participation in the program was suspended when he was transferred.  He has not been provided with a pathway toward release from isolation at Sussex I.  He has had a few medical appointments at VCU, but each appointment is followed by long delays until the next appointment.  His access to phones and electronic media is extremely limited, and he reports that his isolation at Sussex I has been even more stressful than at Red Onion.

Curtis Garrett #1546886 is in a reentry unit at Sussex I and is due to be released from prison in June of this year.  His family reports that on Christmas Day, a prisoner started walking around the pod and swinging a broom handle at people.  As Curtis and others tried to stop him, officers came in with dogs.  Immediately, as instructed, Curtis and the other prisoners lay on the floor as the dogs came close.  Frightened and eager to get away from the dogs, Curtis got up, ran into his cell, and closed his cell door.  Officers with dogs pursued him, entered Curtis' cell and told the dogs to attack.  Curtis was bitten by the dogs as officers allegedly beat him.

Curtis was taken to Southside Regional Medical Center for treatment.  He suffered serious wounds and nerve damage in his left arm and leg.  When Curtis returned to Sussex I, he was put in solitary confinement.  At an initial meeting with the warden and assistant warden on Wednesday, January 2, his mother was told that they had reviewed the security footage of the incident and that it showed Curtis was not at fault in the melee but he should not have run back to his cell.  Nevertheless, they said the reason Curtis was in solitary was that there is a pending investigation of the incident, and he would have to stay there until the investigation is completed.  No one has been able to tell Curtis or his family how long the investigation is likely to last.  No investigator had talked to Curtis as of January 12.  His family's attempts to communicate with the warden or assistant warden since this meeting have been unsuccessful.  They are asking for Curtis to be transferred to another facility where his injuries can be treated effectively and where he will not be in solitary confinement ("restrictive housing").

Curtis' mother visited him on January 2 and January 9.  Both times he was wheeled to the visit in a wheelchair.  During the first visit, she reported that he was in a panic mode, clearly traumatized by the dog attack and continually reliving it.  During the second visit, a week later, he was physically and mentally drained.  He looked weak and dehydrated and had trouble articulating his feelings.  She also noticed that blood was soaking through his bandages.  A nurse herself, she reported that the hospital had directed that his dressings be changed every day, but the medical unit at Sussex I decided that they only needed to be changed every other day.  We are concerned about the quality of the medical care he is receiving. 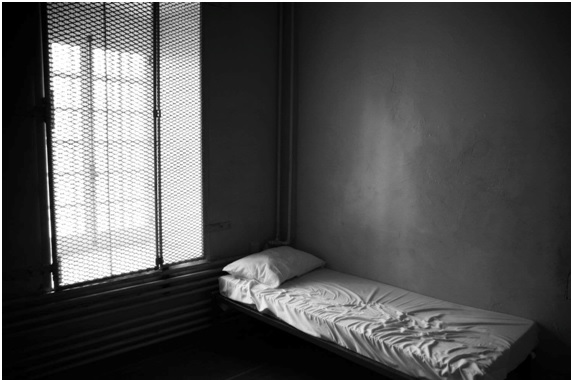 One prisoner was not seen by a doctor after collapsing and complaining of shortness of breath; she died that day of heart failure. A second woman’s rapid weight gain and severe chest pain were ignored until her heart also failed. For a third, it was sudden weight loss, wheezing and back pain; she was found dead during her dialysis, after a nurse left her unattended. A fourth died at a hospital; her neurological disorder went undiagnosed until she had a stroke.

All four were inmates at Fluvanna Correctional Center for Women. A federal judge ruled Wednesday that the state prison in central Virginia is failing to provide adequate medical care and must make immediate changes to end what amounts to cruel and unusual punishment.

“Over six years ago, women at FCCW filed this lawsuit, seeking a remedy for pervasive constitutionally deficient medical care,” Judge Norman K. Moon wrote. “Their quest continues. Some women have died along the way.”

His ruling comes soon after a Justice Department investigation concluded a Portsmouth, Va., jail also was failing inmates and probably violating the Constitution.

The Fluvanna suit was brought by the Legal Aid Justice Center, whose attorney Shannon Ellis said in a statement that the “opinion flatly rejects the state’s attempts to point the finger elsewhere and confirms that the state has only itself to blame for the tragic state of healthcare at FCCW.”

The Virginia Department of Corrections did not respond to a request for comment Thursday. Continue reading...