This month’s edition of the IAHR newsletter includes updates on our legislation in Maryland and Virginia, bringing back the authority over parole to the District of Columbia, and a timely essay by Marqui Clardy on solitary confinement.  Finally, IAHR is proud and delighted to announce the creation of a Council of Advisors.

Updates on Legislation in Maryland and Virginia

Update on Bringing the Authority over Parole to the District

Updates on Legislation in Maryland and Virginia

Overview of a Solitary Cell 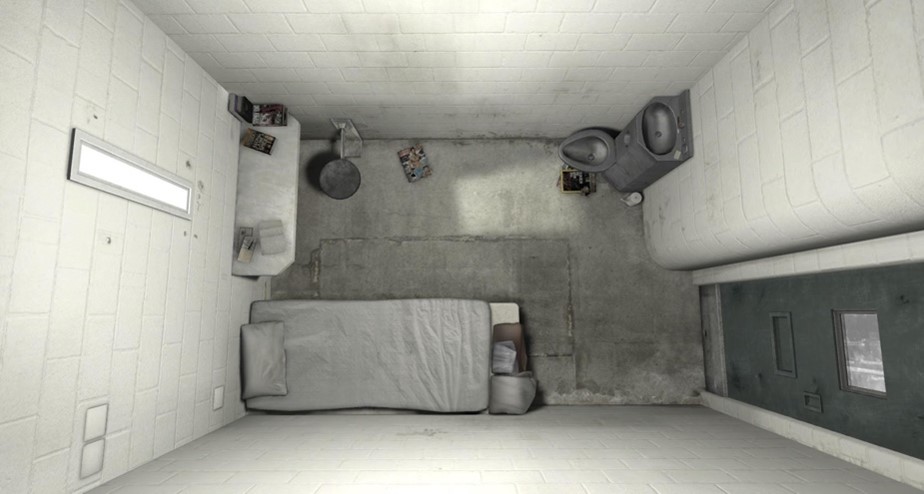 SB 1301 which limited solitary confinement to 96 hours with certain exceptions died in the Virginia House of Delegates Budget and Appropriations Committee earlier this week. The Virginia Department of Corrections (VDOC) reported that implementation of the bill would add close to $20 million to the Department's Budget. When the Virginia Senate passed the bill it stipulated that implementation could not increase VDOC's budget.

While we are disappointed that we were not able to see the bill passed by both houses, we did make some progress in reaching our goal of ending prolonged isolation in Virginia:

We are better prepared for the next session. We realize we have to develop our own fiscal impact statement for our legislation. In addition, Virginia will be electing a new Governor in November. We have an opportunity to make our case and solicit support for ending solitary from the Gubernatorial candidates.

Special thanks goes to David Smith, the chair of the Virginia Coalition on Solitary and IAHR Board Member, Gay Gardner, IAHR's Special Advisor on Virginia, Kimberly Jenkins-Snodgrass, IAHR chairperson, John Horejsi and Robert Stewart of S.A.L.T., and Vishal Agraharkar of the ACLU-VA for all the hard work they put in.

The Virginia Coalition on Solitary is appreciative of the efforts of Senator Joseph Morrissey, the patron of SB 1301.

Maryland: HB 131 Remains Bottled Up in the Judiciary Committee

Thank you for sending your letters in support of HB 131 which mandates the Department of Public Safety and Correctional Services to provide transitional services to people in restrictive housing (solitary) six months prior to release. HB 131 had a hearing at the House of Delegates Judiciary Committee Tuesday, January 26.  As of this date, the bill has yet to be voted on by the Judiciary Committee.  We are asking you to send the letter of support (see below) to members of the Judiciary Committee and to the Delegate representing your District urging them to vote HB131 out of Committee. To identify the name of your Delegate click here.

What You Should Do

Please write a letter urging members of the Judiciary Committee and your Delegate to support HB131. Here is a sample letter.

Dear Delegate: As a Maryland voter and taxpayer, I urge you to support  HB 131 which mandates the Department of Public Safety and Correctional Services to provide transitional services to people in restrictive housing (solitary) six months prior to release. It is a threat to public safety to release incarcerated people directly from solitary confinement to the community. We should not be dumping people onto the streets of Maryland without proper preparation and orientation to living in the community.

Update on Bringing the Authority over Parole to the District

Bringing the Parole Authority Back to the District of Columbia

Replacing the U.S. Parole Commission (USPC) with a District-controlled solution may present a unique opportunity as a first step towards bringing the District’s justice system back under local control. For one, the issue of restoring local control of decision-making around parole and supervised release has wide support among the D.C. electorate, D.C. Statehood advocates and advocates of criminal system reform. Secondly, Congress only reauthorized the U.S. Parole Commission (“USPC”) through November 2022.

This presents the District an opportunity to regain control of this crucial piece of the justice system. The USPC performs two primary functions for D.C. Code Offenders: these are (1) determining whether to release individuals on parole at their parole-eligibility dates, and (2) determining whether individuals are culpable for violations of parole or supervised release, and imposing sanctions which often includes sending someone back to prison.

The discussion around moving this agency under local control has largely centered on two approaches to these primary functions: (1) judicial decision-making or (2) a new D.C. Board of Parole. There has been much discussion about turning over one or both functions to D.C. Superior Court judges’ discretion. Part of the rationale is that judges currently make similar determinations on probation matters and may be the ones who imposed the original sentence and are aware of the underlying facts of the case.

IAHR, however, strongly supports establishing a new D.C. Board of Parole to assume decision-making. Parole grant hearings are held both in person in federal prisons and by video. If judges were to handle parole decision-making, they would likely have all parole hearings done by video; video hearings raise major due process concerns and generally not allowed in the D.C. Superior Court.

More importantly, is that such a move would truly return this power to the District. The current U.S. Parole Commission term sunsets at the end of 2022. Having the District assume control over all parole grants and release revocation decisions is a relatively small cost ($13 million annually, assuming the federal budget estimates) and represents one of the most significant, and potentially positive, impacts for the District’s justice-impacted residents.

Decisions affecting the lives of individuals in the justice system, and their families, will be made by those who represent the values and priorities of the community and under policies set by District leaders that may better reflect District goals for public safety and fairness.

Residents of the District have the opportunity to build a critical component of the criminal justice based on rehabilitation and restorative justice principles.  Creating a District controlled parole authority would be an important step to move away from the emphasis on punishment to instead meeting the medical, psychological, and spiritual needs of returning citizens.

Guest Editorial: What Entity Should Be Used for Local Control of the District’s Parole Function?  By Phil Fornaci

Establishing Principles for the Creation of a Local Paroling Authority in Washington, D.C.

What You Should Do 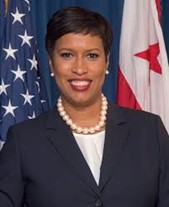 Please write a letter to Mayor Bowser urging her to put in at least $4 million in the District’s 2021-2022 Budget to establish a District controlled parole authority. Here is a sample letter. Please copy your letter to Council Member Charles Allen who is the chair of the Council’s Committee on the Judiciary and Public Safety.

As a District voter and taxpayer, I urge you to include funding in your 2021-2022 budget for a District Parole Authority. Such funding will assure a smooth passing over of the authority of the United States Parole Commission to the District of Columbia.

A few weeks ago, I was awakened out of my sleep at around 3 o’ clock 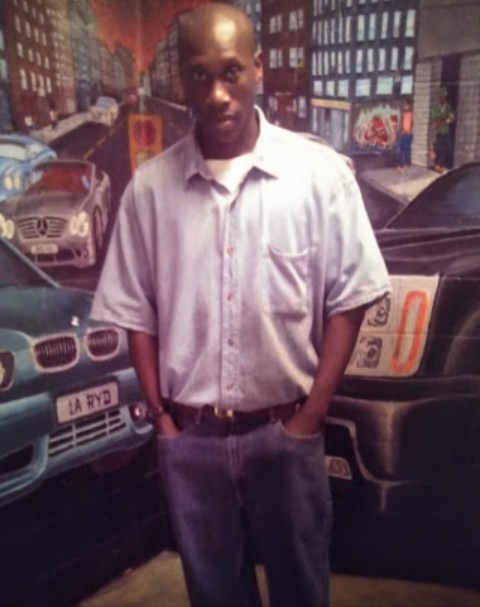 in the morning by the sound of my cellmate (whom I'll refer to as “D”) pacing around the cell and mumbling words that I couldn't make out. My first thought was that maybe he’d been having trouble sleeping so he was up listening to music through his earbuds to help clear his mind. I chalked up the mumbling to him rapping along to whatever song he was listening to. But when I turned around and looked over at him, I was surprised to see that not only was he not listening to his music player; he had his shirt off and was clenching two ink pens in his hands as if they were knives. The expression on his face was one of fear and anger. Though “D” and I had never had any issues, seeing him in this state automatically put me on edge. I had no idea what he was thinking or what he was about to do, so I set up and asked him what was wrong.

“Man, I just heard them out there talking about me!” he exclaimed.

“I don't know! But I think they're trying to come Rob me!” he responded fearfully. “I'm going to stab them if they come in here!”

Again, this was around 3:00 a.m., and our housing unit was locked down. It seemed odd that “D” claimed he heard people plotting against him because no one was supposed to be outside their cells. But just to make sure, I got up and walked to the door to see if there was anyone lurking around the day room.

“See, don't you hear them?” he asked, wanting me to confirm what he thought he was hearing. “You hear them out there talking about me, right?” It was at that moment that I realized he was having some sort of mental health crisis because, as I expected, there was no one in the day room. In fact, it was completely quiet out there. Whatever he was hearing was in his own head.

Throughout the course of the week, “D” began having more of these paranoia-like incidents. He started randomly approaching guys in our housing unit and accusing them of talking about him. He even began walking around with magazines wrapped around his torso, claiming it was to protect him from “them” stabbing him. Seeing the deterioration of his mental state, a few of his close friends and I contacted the mental health department to try to get him some help. When a group of officers arrived later that day to escort him out, we were all relieved, thinking they were taking him to the psych ward to get the treatment he needed.

A couple days later, one of those officers stopped by my cell to inform me that “D” was in solitary confinement trying to commit suicide. 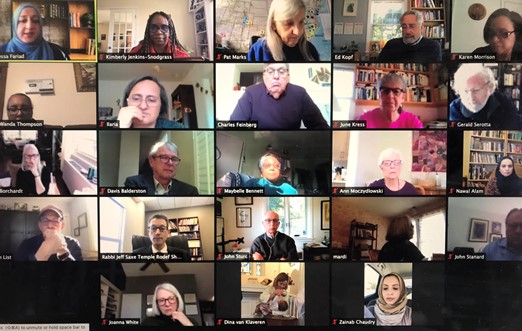 Interfaith Action for Human Rights is governed by a Board of Directors (“BOD”) including, at any given time, 10 to 15 members.  The Directors have the legal fiduciary responsibility to develop policy and to oversee management of the organization.  They also assume active roles working with the staff in various areas of operations.  In addition, they are committed to provide financial support to IAHR through personal contributions and fundraising efforts.

IAHR is seeking to complement this Board with a group of advisors which we are calling the Council of Advisors (“COA”).  This group would be less formal; and the expectations of members would be quite different and more limited.

The impetus for developing a Council of Advisors includes the following:

We envision that members of the COA will contribute to IAHR in some of these ways:

Support IAHR With a Monthly Donation