This month we have a status report on the Maryland Solitary Bill, an Action Alert on opposing the Maryland Comprehensive Crime bill, an update on the Pen Pal Project, the screening of "Solitary" in Arlington, VA, and an excellent article in the Baltimore Jewish Times on our program, "Women Incarcerated."

IAHR has learned that Corrections Secretary Moyer and his staff persuaded the leadership of the House Judiciary Committee to gut the bill completely.  HB786/SB539 was reduced to one sentence: “TO THE EXTENT REASONABLY POSSIBLE, IN STATE CORRECTIONAL FACILITIES THE DEPARTMENT SHALL ADHERE TO THE STANDARDS OF THE AMERICAN CORRECTIONS ASSOCIATION FOR RESTRICTIVE HOUSING.”. No oversight. No accountability. No protection for vulnerable populations. It is quite simply a bill we cannot support.

We asked the lead sponsor in the Senate, Senator Lee, to make sure the bill does not survive in the Senate. It is much more difficult to fix a bad bill than it is to live to fight another day. IAHR will be back next year with another bill.

We salute Delegate Jazz Lewis and Senator Susan Lee, the lead sponsors of this year’s bill to restrict isolated confinement, especially for the most vulnerable. Thanks can be expressed to both for their efforts.

We thank our supporters in this effort – IAHR and MPRC members and the ACLU - MD, MAJR, NAMI Maryland, Disability Rights Maryland, Reproductive Justice Inside, NARAL Pro-Choice Maryland, Out for Justice, the many individuals who have experienced incarceration or whose loved ones are or have been incarcerated and other citizens who recognize that we all are impacted by a dysfunctional prison system.

IAHR is also deeply grateful to our advocates who worked tirelessly to get HB786/SB539 passed. They are Suzanne O’Hatnick, IAHR Board Chair for Advocacy in Maryland, Kimberly Haven, IAHR Maryland Outreach Coordinator, and Julie Magers, Leader, Maryland Prisoners’ Rights Coalition.

IAHR is continuing to get messages from every group concerned with criminal justice reform asking that we do everything in our power to stop SB122  from getting through the House of Delegates. This bill increases mandatory minimums both for misdemeanors and felonies which will result in people being locked up for longer times.  Most sentences are already very long.  Increasing mandatory minimums will result in larger prison populations.

You can find a more detailed summery of the bill here on the Maryland Alliance for Justice Reform's website (MAJR). Here is a list of Judiciary Committee Members with links to their contact information:

IAHR’s pen pal program continues to grow. Over 100 people have signed up to be pen pals with those incarcerated in the Bureau of Prisons. Most of the pen pals live anywhere between Baltimore and Northern Virginia. However we also have pen pals who live in Arizona, Indiana, and Pennsylvania.  The majority of pen pals who are incarcerated are from the District, but many are not. We have decided to accept applications from both District residents as well as from others who are also very far from home.

The next orientation will be held online as a webinar on Wednesday, April 25 at 7 p.m. We did our first orientation online on March 4. 12 people participated at that time. You can register for the online orientation on April 25 by clicking here.

On Wednesday, May 2 at 7 p.m. IAHR is holding a program for all our pen pals.  The program will include a time to share something about everyone’s pen pal as well as listen to a guest speaker who will be a returning citizen. The program will take place at Seekers Church, 218 Carroll Street, Washington, DC 20012

Among the many disparities between incarcerated men and women are the job offerings. And this gap has repercussions that can last well beyond one’s time served. 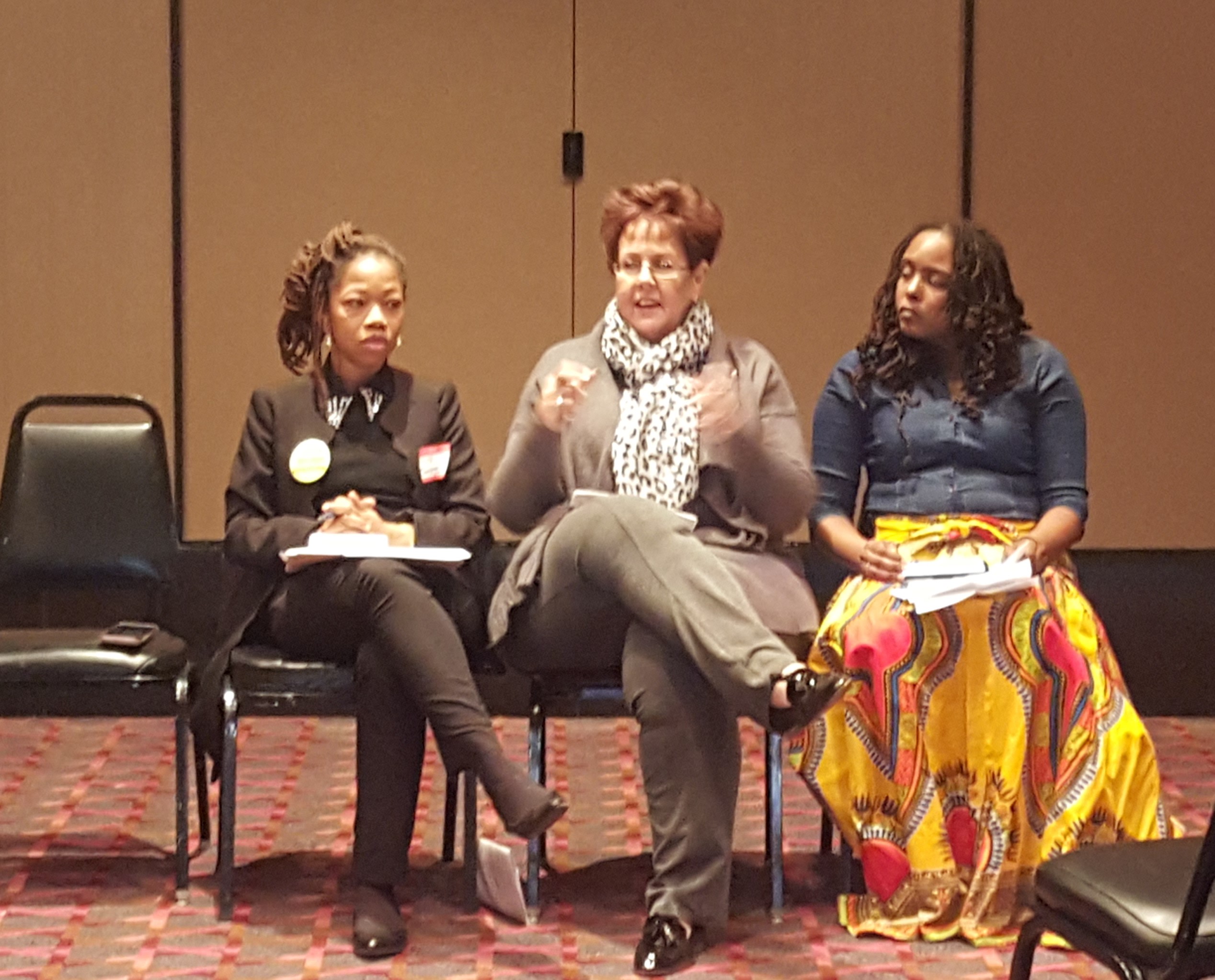 “In Jessup, women can only access jobs like fast food within the Jessup vicinity,” said Nicole Hanson, executive director of ex-offender advocacy group Out for Justice. “Men, with nine different facilities across the state, can have access to workforce development programs that [train them for] green careers, construction, tech jobs. We’re not preparing women for the current job market because they don’t have access to these prerelease programs.”

At Chizuk Amuno Congregation on March 14, Hanson and Kimberly Haven, a prisoners’ rights advocate, both of whom have spent time behind bars, shared their experiences with the criminal justice system and life after incarceration. The event was sponsored by Interfaith Action for Human Rights, Chizuk Amuno’s social justice advocacy committee; Baltimore Hebrew Congregation Justice Group; Jews United for Justice — Baltimore; and the Baltimore Jewish Council.

Haven and Hanson advocate to improve conditions for women in prison and pass such legislation in Maryland.

While they are far outnumbered by their male counterparts, the number of imprisoned women has increased 14-fold since 1970, while the general jail population has seen a fivefold increase, according to Out for Justice, the Maryland Justice Project and the ACLU of Maryland. Eighty percent of women in prison are mothers, and each year 2,000 women give birth in prison.

Haven told the group that access to feminine hygiene products is a major issue for female prisoners. She shared the story of how she developed toxic shock syndrome from using improvised tampons and was forced to have a hysterectomy as a result.

When the JT asked Baltimore County State’s Attorney Scott Shellenberger for comment on the disparities in a phone interview, Shellenberger said, “I don’t think it’s unreasonable to try to create laws to balance things out, but you have to remember that the difference in proportions of men to women in the Department of Corrections [is] astronomical.”

Haven said the state’s re-entry program for inmates is plagued by missed opportunities.

“The day you leave, there should be an envelope that says: ‘Call this 800 number for food stamps and you can eat tonight,’” she added. “The number of women who can’t eat is staggering.”

A lack of accountability in the correctional system masks the true extent of the problem, Haven noted. 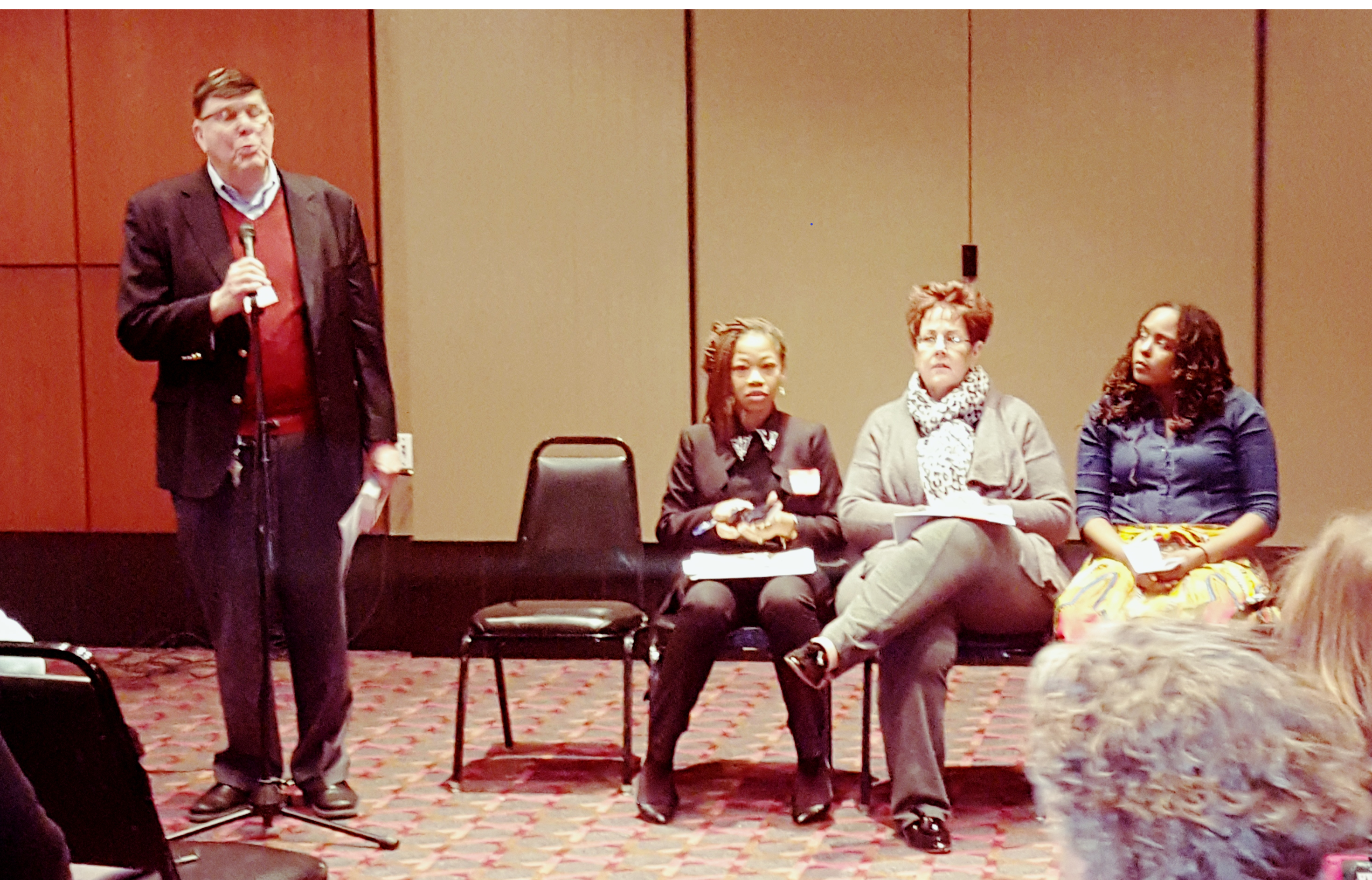 “Everything happens in the dark, and we are just starting to kick open the door and let in some light,” she said.

Hanson and Haven encouraged participants to support Maryland House Bill 786, which limits the amount of time most prisoners can be held in restrictive housing, or solitary confinement, to 15 consecutive days and 90 days each year. Solitary confinement isolates prisoners from human contact for 22 to 24 hours a day.

According to Haven, solitary confinement can be assigned for any reason a guard sees fit and is implemented “if you tick off the wrong person” or as punishment for perceived disrespect. Even the accusation of an infraction can result in solitary confinement. She proposed alternative methods to modify behavior, such as the removal of privileges.  To read the rest of the article, click here.