In this issue of the IAHR Newsletter, you will find a call to action and three articles:


Support House Bill 723 to Take the Politics out of Parole in Maryland.

If a person in prison has demonstrated that they no longer pose a risk to society by atoning for their crimes, staying out of trouble, and completing available rehabilitative programming, they shouldn't languish in prison until they die. That's why your state delegates need to hear from you now!

It's time to take the politics out of parole in Maryland.

Maryland's system is one of only three in the country where the governor must personally approve parole for lifers. That process is highly politicized and needs to change.

Take action now to pass legislation to fix Maryland's broken parole system, by writing this letter to your Maryland Delegate.  How to contact your Delegate? Click here and type in your address.

Here is a sample letter.

It's time to take the politics out of parole in Maryland. I ask that you support House Bill 723.

The 2,100 men and women serving parole-eligible life sentences in Maryland were sentenced with the understanding that if they proved themselves by genuinely rehabilitating themselves, they would have a meaningful chance at parole. But they are now more likely to die in prison.

The problem is that Maryland's system is one of only three in the country where the Governor must personally approve parole for lifers, a process that has become highly politicized.

Individuals who have been rehabilitated, who have done everything asked of them, who have sometimes even earned forgiveness and support of victims' family members and the Maryland Parole Commission, should not languish in prison, at taxpayers' expense, until they die.

Take the politics out of parole. Vote YES on HB 723.

On February 28, IAHR along with Maryland Alliance for Justice Reform (MAJR), the Maryland Justice and Safety Alliance (MJSA), and the Maryland Restorative Justice Initiative (MRJI) sponsored an Advocacy Day in Annapolis.  35 people participated in the Advocacy Day.  The program included descriptions of three bills (including HB 723-Parole Reform- mentioned above) that the coalition had made as priorities (see the description below) as well as some instruction on how to advocate with legislators and their staff.  The group was divided into groups and they visited 11 different legislators who are on the House of Delegates’ Judiciary Committee or the Senate’s Judicial Proceedings Committee.  In addition, several members of the group including Rabbi Feinberg gave testimony at a hearing on the Solitary Bill at the Judiciary Committee. 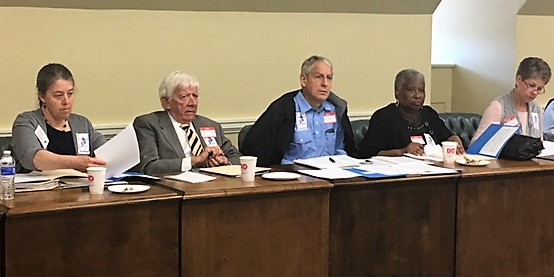 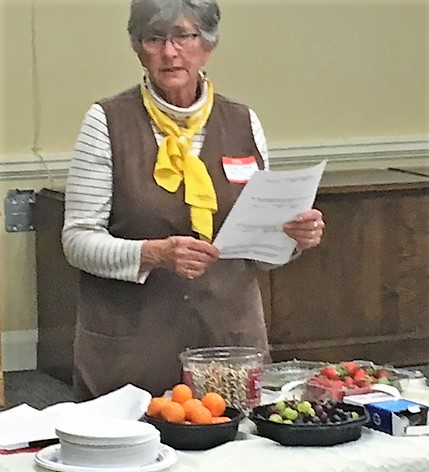 The Two Other Bills

Solitary Confinement: As reported in the last IAHR Newsletter, the Department of Public Safety and Correctional Services reported in January of this year the following statistics:

Unfortunately, there was not enough support in the House of Delegates’ Judiciary Committee nor in the Senate Judicial Proceedings Committee.  The bill was put on “the shelf.”  We will have to wait to next year to resubmit it.

Pre-trial and Bail Bond Reform: The coalition is supporting two sets of bills.

Here are six reasons and opportunities to change Maryland pretrial / bail policies for the better:

Watch a Video Produced by WE ARE HERE

90% of the 2.2 million incarcerated individuals will return back to their communities. How do we best prepare them to return home? How will society treat them?

Featured in the above video are Adnan Khan, Curtis Carroll (Wall Street), and Anouthinh Pangtong (Choy), who are all currently serving life sentences. Working closely with these incarcerated men, #cut50 is launching a new campaign to rehumanize people behind bars.This will be one of the first social media video projects led by men inside prison sharing their journey and perspectives with the outside world. You can learn more about our collaboration here.

Sessions points to rising crime rates as a main factor behind the directive, a misleading assertion that he and President Donald Trump repeated often throughout the campaign and in their first weeks in office. Although the murder rate has increased in recent years, a Brennan Center analysis of 2016 crime rates found the spike last year was caused largely by Chicago.

“We absolutely need to focus on the most violent offenders. But Sessions’ aggressive stance on crime, based on misleading statistics, shows we could be headed toward policies that don’t target the problem, such as another ‘war on drugs,’” said Inimai Chettiar, director of the Brennan Center’s Justice Program. “Research shows focusing on drug crimes does not make us safer. This was a major factor in making the United States the world’s number one jailer, and we should not repeat the mistakes of the past.”

To read the rest of this article, click here.

*The Brennan Center for Justice at NYU School of Law is a nonpartisan law and policy institute that seeks to improve our systems of democracy and justice. We work to hold our political institutions and laws accountable to the twin American ideals of democracy and equal justice for all. The Center’s work ranges from voting rights to campaign finance reform, from ending mass incarceration to preserving Constitutional protection in the fight against terrorism.  To read the full mission statement, click here.