In this issue of the IAHR Newsletter you will find a call for Advocacy in Maryland, an analysis of statistics about solitary in Maryland, a report on the screening of “Solitary” in Richmond, an essay on torture and solitary by Jean Casella and James Ridgeway, and a news article in Slate on an important court case in Pennsylvania.

This year several groups are joining forces to support a substantive bill limiting the use of solitary confinement (called restrictive housing by Corrections) and another bill calling for removing the Governor from the parole process for lifers eligible for parole.

Agenda:  9 - 10 am - Refreshments and Advocacy Training

11 am - 1 pm - Visits with legislators in their offices

IAHR along with our coalition partners are advocating for two important bills.

In the report mandated by last year’s law that was initiated by IAHR and the ACLU, Corrections reported that in FY 2016 68% of inmates spent time in solitary - 22 hours or more, alone or with another prisoner in a small cell for an average of 50 - 60 days. 269 inmates were released directly from solitary to the public. 172 inmates in solitary were diagnosed as Seriously Mentally Ill (SMI). 9 juveniles spent time in solitary.

Details about the Legislation

Hearing in the Senate: February 15, 1 pm

To read the bills online, click here and enter the bill number: capital letters SB or HB followed by (with no spaces) the number.

Parking?  We will provide tips closer to the date.

An astonishing 68% of the Maryland State prison population found itself in Restrictive Housing in FY2016! Average lengths of stay were between 50 and 60 days. Dr. Juan Mendez, the former UN Rapporteur on Torture, himself a victim of torture, along with prominent psychiatrists, declared that more than 15 days in isolation can cause profound and lasting psychological damage. We don’t know what the maximum length of stay was for any prisoner.

Here are some other statistics from the report: 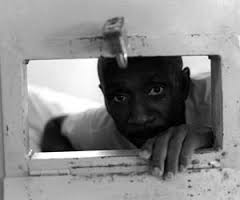 On the plus side, DPSCS, under the guidance of the National Institute of Corrections (NIC) is modifying the sentencing matrix of the Code of Maryland Regulations (COMAR), moving from a maximum stay in isolation from 360 days to 60 days - far from 15, but much better than 360.  NIC is also providing training in de-escalation techniques to corrections staff.

DPSCS is developing a structured housing facility and program for the most violent offenders who continually commit infractions, with individualized case plans and incentive-based programming.  Also under development is a similar facility for the seriously mentally ill (SMI) who continually commit infractions of a violent nature. This facility is to be tailored to address the specific mental health needs of the seriously mentally ill.

In response to this report Montgomery County Sentator Barbara Lee and Delegate David Moon, also of Montgomery County, have written a substantive bill (see above) to do two things: put some basic parameters around restrictive housing - allowing for variation but requiring documentation that other methods of recourse have been tried; and to provide some level of public oversight to follow the progress of reform and to provide access to documentation as reform is underway.

We urge you to support our efforts to put real limitations on how long any one inmate can be consigned to isolation.  Please sign up for Advocacy Day on February 28 by clicking here.

250 View HBO's "Solitary" at the Virginia Historical Society in Richmond

On February 8, IAHR along with the ACLU of Virginia sponsored a screening of Kristi Jacobson’s HBO film, “Solitary.”  A diverse audience gathered which included students, residents, returning citizens, Virginia Department of Corrections staff, and relatives of returning citizens and of those incarcerated.

Following the screening, Rabbi Feinberg led a panel discussion which included IAHR Board Member, Kimberly Jenkins-Snodgrass, Ms. Jacobson, and Marcus Bullock, CEO of Flikshop.  Ms. Jenkins-Snodgrass is the mother of an inmate at Red Onion State Prison in Pound, VA where the film was shot.  Mr. Bullock is a returning citizen who spent eight years in Virginia prisons. 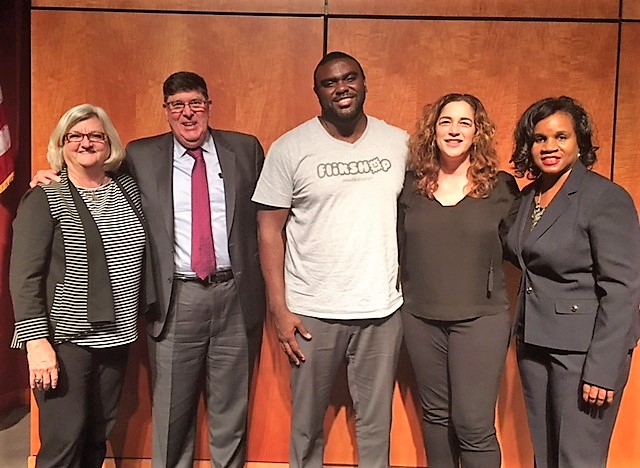 Members of the audience submitted many questions which stimulated a lively discussion.  Here are some of the salient points that emerged:

Solitary Watch: Trump Wants to Bring Back Torture. For Thousands of Americans, It Never Went Away by Jean Casella and James Ridgeway, February 10, 2017

Among the many calamities ushered in by the Trump era is a renewal of the national debate over the legitimacy of physical torture. The President, unsurprisingly, has long been in favor of it, asserting repeatedly that “torture works,” and promising to bring back practices “a hell of a lot worse” than waterboarding.

A draft of an executive order leaked during Trump’s first week in office calls for a revival of “enhanced interrogation techniques” and of the network of overseas Black Sites that sprung up after 9/11. (For now, Trump says, he will defer to his Defense Secretary and CIA Director, who believe that other methods of extracting information are more effective—though that could change at any time.)

A stinging response to Trump’s order came from John McCain, one of the only Republicans in Congress willing to disagree with the President on any front. “The President can sign whatever executive orders he likes. But the law is the law. We are not bringing back torture in the United States of America.”

But as McCain, of all people, should know, torture has been taking place all along, right on American soil.

During his nearly six years as a POW in North Vietnam, McCain endured terrible beatings and other forms of physical torture. Yet he described his two years in solitary confinement this way: “It’s an awful thing, solitary. It crushes your spirit and weakens your resistance more effectively than any other form of mistreatment.”

For some of the roughly 100,000 people held in solitary confinement in U.S. prisons and jails, the extreme isolation and sensory deprivation of solitary are being used, as they were on McCain, as a means of coercion, whether it be to reveal information or simply to plead guilty while awaiting trial.

For tens of thousands of others, this spirit-crushing treatment is imposed simply as a prison “management tool.” People in prison are routinely condemned to spending 23 hours a day alone in small, bare cells, for months, years, or even decades– not by a judge or jury, but by prison staff, including rank-and-file corrections officers. Infractions as trivial as talking back to a guard, failing to return a food tray, or having too many postage stamps are reason enough to land you in prolonged isolation. Click here to read the rest of the essay. 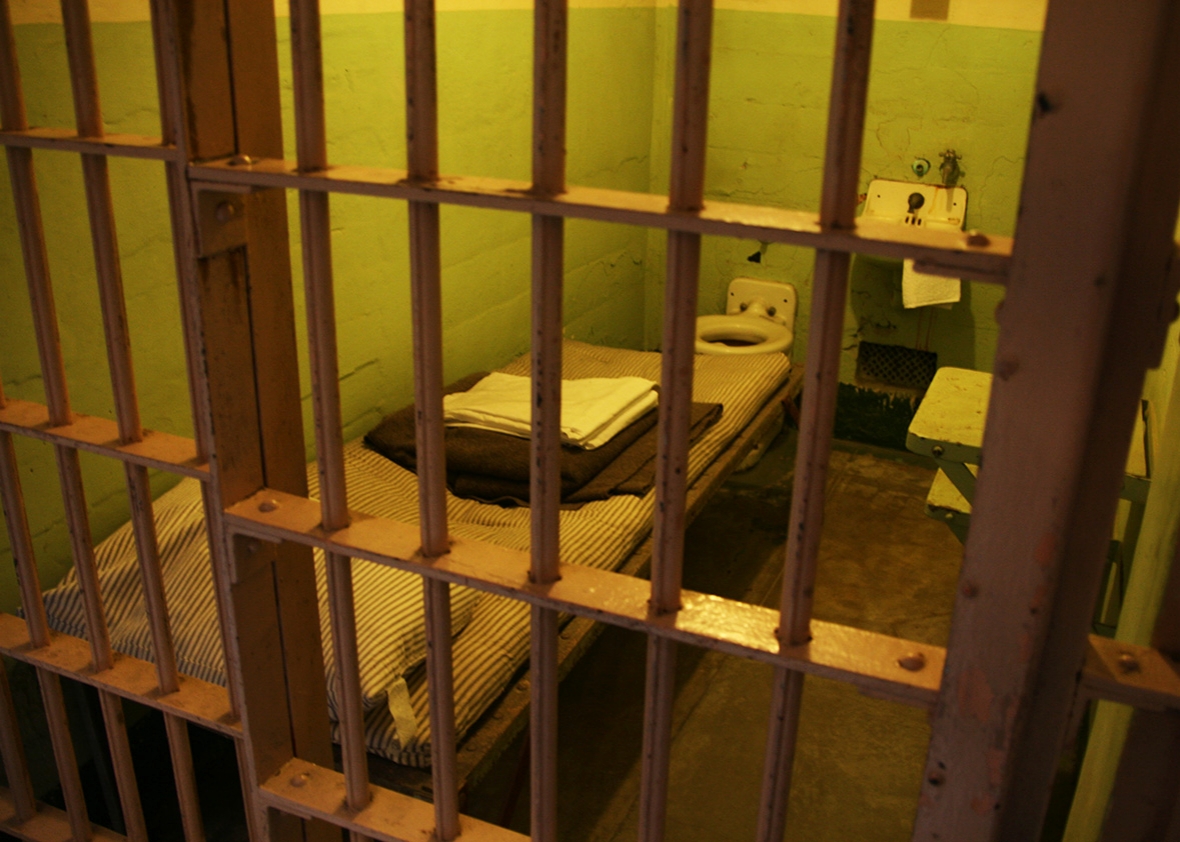 Shawn T. Walker spent 20 years in a windowless cell measuring 7 by 12 feet. He was allowed to leave that cell five times a week to spend two-hour intervals in a restricted area known as the “dog cage.” Before entering the dog cage, Walker was required to undergo a strip search—including a body cavity search. To avoid these intrusions, Walker did not leave his cell for nearly seven years. He ate his meals alone in his cell, where he was constantly inundated by the sounds of other inmates in solitary confinement. Like virtually everyone subject to solitary, Walker developed severe mental disorders including insomnia, acute emotional distress, and uncontrollable body tremors.

Walker’s first 14 years in solitary were unavoidable: Pennsylvania placed him on death row for committing first-degree murder, and in Pennsylvania, death row is solitary confinement. But after 14 years, his capital sentence was vacated. Walker was no longer awaiting execution—yet the state kept him locked in solitary, without any clear explanation as to why, for six more years. Only after a court formally converted Walker’s sentence to life imprisonment was he removed from solitary and placed in the general population. Eventually, Walker sued, alleging that his six extra years in solitary violated his constitutional rights.

On Thursday, the U.S. Court of Appeals for the 3rd Circuit agreed with Walker in a broad ruling that strictly limits the use of solitary in the three states within the circuit: Pennsylvania, Delaware, and New Jersey. The decision marks a considerable victory for opponents of solitary who argue that prisons routinely abuse the practice in violation of the U.S. Constitution. This week’s ruling contributes to a growing consensus among federal courts that the judiciary must curb solitary confinement—a consensus likely to be affirmed by the Supreme Court in the near future. Continue reading the article by clicking here.