Marcus Lilly is a University of Baltimore college student and self proclaimed Transformation Advocate. As a former incarcerated citizen who has turned his life around, he also advocates for prison reform. He has been a guest speaker at the University of Baltimore and Georgetown University. His goal is to become a mentor and share his story of transformation with high-risk youth. Marcus is a member of the Maryland Prisoners' Rights Coalition.

At 19, Davon Neverdon was charged with a race-related murder of a Korean college student, Davon Neverdon was forced to run for his life, only to become one of America’s Most Wanted fugitives.The chase resulted in imprisonment, which included 3 1/2 years of solitary confinement. After the jury spoke, deciding on an acquittal, Mr. Neverdon went directly from solitary confinement (BARZ), to the free-blocks of society, on December 27, 1997. He fights against perpetual punishment and torture being the primary means of justice in America.

Wendell France’s career in law enforcement began in 1970 as an officer with the Baltimore Police Department. He served for 27 years and retired as a Commanding Officer of the Eastern District, where his leadership resulted in an overall 42% reduction in crime. In 1997, Wendell began work with Maryland Department of Public Safety and Correctional Services as an Assistant Warden at the Baltimore Central Booking and Intake Center. He later served as the Commissioner of the Pretrial Detention and Services Division before he rose to the position of Deputy Secretary. Mr. France is currently President of France-Booker Consulting Group, L.L.C.

Munib Lohrasbi went to University of Maryland Law School where he worked in a criminal law clinic and then a disability law clinic with the American Association of the Deaf. As an Open Society Baltimore County Fellow, Munib works with Disability Rights Maryland (DRM) to improve conditions for people with disabilities in state prisons. As the state's designated protection and advocacy agency for people with disabilities, DRM has access to every prison in the state to inspect conditions and collect data. 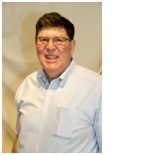 Rabbi Charles Feinberg (moderator) is the executive director of Interfaith Action for Human Rights. Rabbi Feinberg has served four different congregations in Wisconsin, New York, British Columbia, and Washington, DC. He is the past chairperson of the Social Action Committee of the Rabbinical Assembly and the past co-chair of T'ruah, the rabbinic call for human rights.

Refreshments will be served.

From US Rt. 50 (going East): Take Exit 24 (Rowe Blvd/Bestgate Rd). The exit ramp splits; bear left to the light. Turn left onto Bestgate Rd (this is where Rowe Blvd becomes Bestgate Rd). Go under Rt. 50 and drive to the first traffic light; turn right. Turn left at the next street, which is Dubois Rd. Turn left into the church driveway (333 – look for our sign) and follow the drive to the top of the hill, where you will see the main entrance. There is also a lower entrance (next to the playground), and overflow parking in the adjacent Fahs House parking lot (1920 N. Lawrence Ave.).

From US Rt. 50 (going West): Take Exit 24B; follow the exit road onto Bestgate Rd. Follow the remaining directions above.

From Annapolis Mall: Follow Bestgate Rd toward the Navy Stadium. UUCA sits behind the St. Mary’s Saints athletic field. You can turn left off Bestgate Rd. onto N. Lawrence Ave. (just before the stadium, look for our green sign) or at the light following the stadium, which is N. Bestgate Rd. From N. Bestgate, make the first left onto Dubois Rd., and then turn left into the church driveway (333 – look for our green sign).